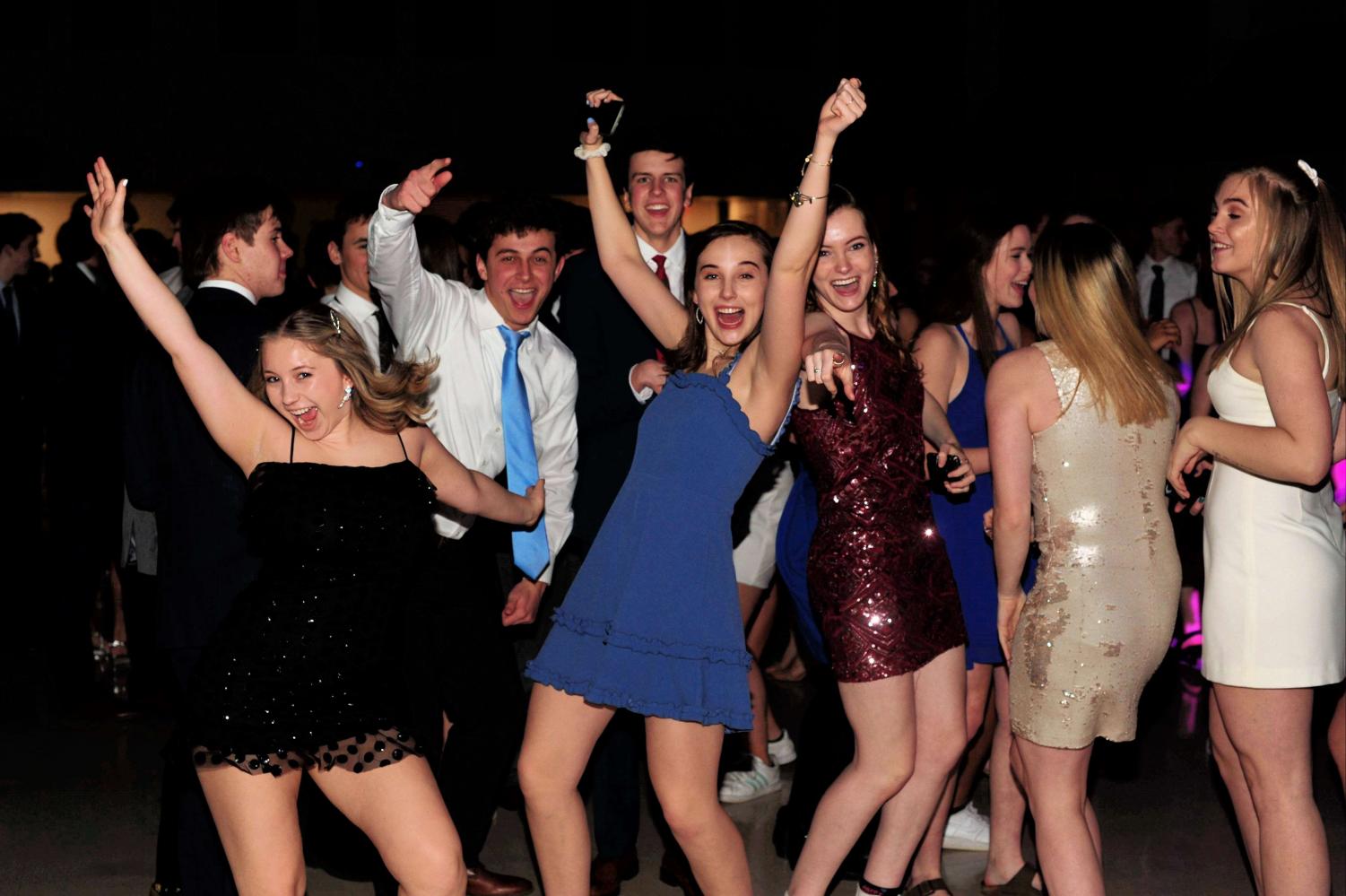 Avalanche of positivity and success after Snowball

After years of dreadful, cold February nights, Student Council decided to reinvigorate the “Duke spirit” by creating a winter dance aiming to mirror the excitement and energy that homecoming brings in the fall. Following a week of spirit days and a Friday night home basketball game where the Dukes reigned victorious, enthusiasm and elation filled the cafeteria and commons on Saturday Feb. 22 when Student Council hosted the “Snowball” dance as a semi-formal event for all grade levels.

Student Council initially set a goal of selling 250 tickets for the dance in order to break even. The goal was met and exceeded, as more students turned out than expected.

“The dance was a success in that we were able to pull through and get 311 students to enjoy the dance,” sophomore Student Council member Erin Lindgren said. “Everyone loved the music and decorations, so it was great to see the Student Council’s hard work pay off.”

The snowflakes flickered while the lights from the DJ lit up the room, thus adding to the overall positive atmosphere from the dance; the DJ’s unique playlist was extremely popular among students.

“After the dance [Student Council] had a lot of positive feedback,” senior Student Council member Nida Ahmed said. “Everyone really loved the DJ, so much so that we have [booked him] for next year’s homecoming.

In addition to booking the DJ, Student Council went to the extent of decorating the Commons for the special occasion with winter-themed decorations. Student Council decorated the commons the morning of Feb. 22 from 8 to 10 a.m. decking the atmosphere with ornate snowflakes, white lights and birch-like trees.

“People really liked the decorations,” Ahmed said. “It was really sophisticated and showed students that this dance is a real thing.”

The success Student Council found in the winter dance was rooted in the positive outlook from the attendees.

“The atmosphere was awesome and everyone that was there was really having a good time,” senior Rachel Kayman said. “I think [attending] was worth it because the prices were cheaper than homecoming even though it was like the same caliber of dance.”

However, the final success Student Council had achieved did not come without strenuous work and lofty struggles.

“The main struggle for this dance was really getting the word out and convincing people to go,” Ahmed said.

Convincing people to go was thought to not be difficult at first due to the fact that 650 students had previously filled out a Google form earlier in the year stating that they would go to a winter semi-formal dance.

“At the beginning of the school year [many students] had said that they wanted a dance and that they would go if [student council] made it a semi-formal,” Ahmed said. “When it came time to ticket sales not many people ended up going.”

Ticket sales eventually did reach the necessary ticket sales of 250. The burden, however, was that the number was not met until the night of the dance.

Student Council did not just idle while waiting for ticket sales to increase; members took the school to task and communicated using various platforms.

“We overcame [the threat of cancellation] by talking one-on-one to people in our classes, making announcements and advertising on social media and through posters around the school to really hype up the dance and make students realize how fun it is,” Lindgren said.

According to Student Council, the “Snowball” will not be the last of the winter dances at York High School; it’s only the beginning.

“Student Council will be holding a similar dance next year,” Lindgren said. “We have a date on the school calendar, but more details are to come. If you missed it this year, be sure to come out next year.”