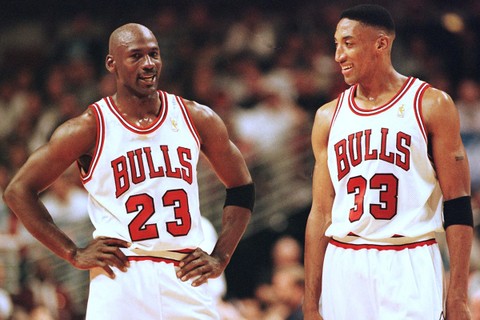 Ever since he donned a Chicago Bulls uniform in 1984, Michael Jordan has been the pride and joy of Chicago basketball. But as the years went on and he continued to improve and rack up accolades, championships, and shoe deals, Michael Jordan evolved beyond basketball, beyond Chicago, beyond even the realm of reality. “His Airness”, as Jordan was so dubbed as his career went on, became something of a mythical figure, a man who’s greatness was not to be believed, and yet incredibly, was all too real. And with the premiere of the first two parts of “The Last Dance”, an ESPN documentary detailing… we finally get a fully fleshed-out version of the carefully cultivated image of the greatest of all time, as well as the pivotal 1997-98 season for the Chicago Bulls.

Part 1 of the docuseries covers Jordan’s arrival into the NBA and his ascendancy into becoming a team leader for the Bulls. By far the most interesting aspect of Part 1 was the examination of Jordan entering his rookie year, as it was noted that even though he was an NCAA champion at the University of North Carolina who went third overall in the draft, there were doubters from all sides questioning his viability in the NBA. Jordan even admitted that as a rookie, he would go after whoever was biggest and strongest on the opposing team just so he could earn the respect of his teammates.

Although Jordan did end up winning Rookie of the Year in his debut season, the documentary also covers the off-the-court pressures Jordan felt from his own teammates. As Jordan was being interviewed, the camera crew cited an article to him that called the pre-Jordan Bulls a “traveling cocaine circus”. And while Jordan does laugh that off, he does note that after a night where he left a room his teammates were in after seeing cocaine, weed, and prostitutes, he was, “pretty much on my own after that”.

Part 2 delves much more into the story of Jordan’s right-hand man Scottie Pippen and advances an overarching storyline between the two parts: the ire of general manager Jerry Krause. It was remarked within the first fifteen minutes of Part 1 how at odds Jordan was with Krause, with Jordan feeling that Krause’s mindset was that players and coaches alike were expendable, no matter who, and that it was the management that won the team championships. This was a sentiment that drew much verbal abuse from Jordan towards Krause. This feeling of contempt was shared by Pippen, who got short-handed by Krause more than anybody.

The documentary reveals that in 1991, Pippen rushed into a deal for which he was completely short-changed, signing for seven years for a paltry 18 million dollars, and was, by his own admission, looking to provide for his family as quickly as possible. But, as Pippen’s numbers became more and more formidable, the less sense his contract made. By the time the 1997-98 season rolled around, Pippen was 5-time world champion and perennial All-Star,  yet he was ranked 122nd in the league in annual salary. Pippen tried to renegotiate, but the front office wouldn’t budge, which caused Pippen to go after Jerry Krause.

Phil Jackson, the Bulls coach during that time, said, “Pippen started berating Jerry Krause in front of the team.”Soon after, Pippen would request a trade from the team. This makes the team’s success even more incredible given the juxtaposition between the two main stars of the team and the front office, and how neither gave any ground.

Part 2 leaves off on a cliffhanger regarding Pippen’s request for a trade and his absolute rage at Jerry Krause, and really, that’s the perfect way to stop it. The first two parts have helped shine a light on a dynasty that, while successful, was more than a little dysfunctional, which makes the championship of that season all the more amazing. Parts 3 and 4 next Sunday are sure to be just as revealing as this one and truly give an inside look of the inner machinations of Jordan’s Bulls.