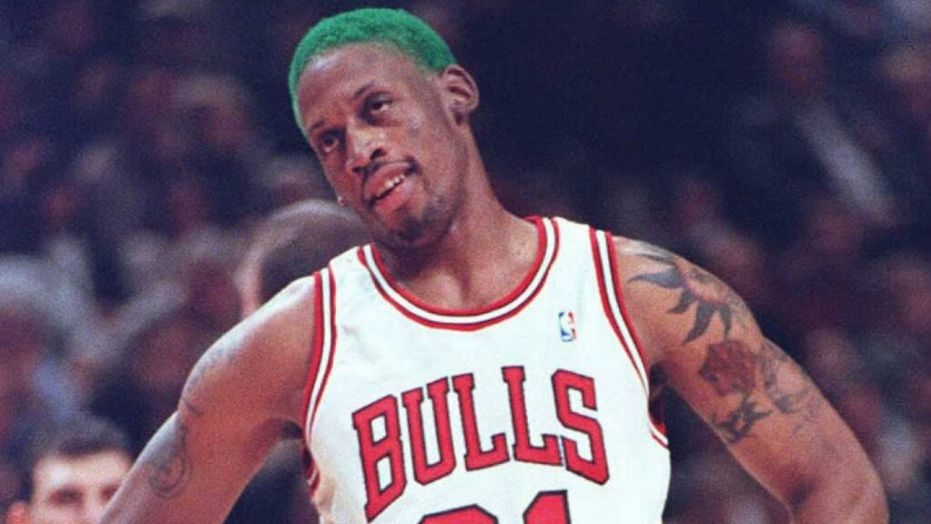 Dennis Rodman, the focus of Parts 3 and 4, was not only an explosive player on the court, but off the court as well (Photo courtesy of Fox News)

Dennis Rodman, the focus of Parts 3 and 4, was not only an explosive player on the court, but off the court as well

When the first two parts of “The Last Dance” wrapped up last weekend, there were two identities clearly defined from the 90s Bulls dynasty, the dynamic duo of Scottie Pippen and Michael Jordan. We got to see how pivotal their roles on the team were and from completely different standpoints. Jordan was portrayed as an unwavering leader who was unshakable in big moments, and completely fearless when it came to competition and always had a sharp tongue to go with it.

Pippen, on the other hand, was represented as the quieter, but no less effective, unsung hero of the Bulls and was shown to be invaluable to Jordan when it came down to it. These two were the classic visuals of the ideal basketball icons of the era.

In Parts three and four, we see a man who is anything but “ideal” in terms of the public eye: Dennis Rodman. From his fantastically colored hair to his multiple hoop earrings to his bizarre fashion sense, Rodman was shown to be just as, if not more, concerned about his off-court image then his on-court one.

The docuseries covers Rodman’s early journey as a shy kid from the streets of Dallas who got cut from his high school basketball team, only to work as a janitor in an airport, to hitting a growth spurt, going to college, and eventually being drafted by the Detroit Pistons in the 1986 NBA Draft. This is incredible to watch as you see the hardships he went through as a kid and how he eventually became one of the most unlikely success stories in the NBA. This humble beginning is what makes his eventual NBA persona all the more amazing.

After winning two championships with the Pistons, Rodman really came into his own as a person when he went to the San Antonio Spurs, where it was noted that he changed his hair after seeing Wesley Snipes’ character in the movie Demolition Man. In San Antonio, his large personality clashed with players and coaches alike, which is what made Jerry Krause all the more wary of going after him.

“If we had not had Michael and Scottie and the people in that locker room, we would’ve never taken Dennis,” Krause said. “If Phil [Jackson] had not been the coach, I don’t think we would’ve taken him. I knew Phil could handle him.”

And this gamble for Krause immediately paid dividends, as not only was Rodman in peak form as a stellar rebounder and defender, but he was also noted to be incredibly loyal and an extremely intelligent player, with Jordan even praising Rodman as “one of the smartest guys I ever played with.” This diametric opposition between Rodman’s image with the piercings and tattoos to that of a man who’s noted to be highly intelligent and thoughtful is something beautifully analyzed, as you really do get to see how misunderstood Rodman was as you see the full scope of his character.

One of the more thrilling aspects of Rodman was his off-the-court life, as it was revealed that Rodman went the full nine in life, always partying, wearing crazy outfits, dying his hair in a multitude of colors, and dating high-profile celebrities. Jordan even notes an incident in which Rodman requested a 48-hour vacation to Las Vegas mid-season. A vacation that, while not explored completely in-depth, was filled with debauchery and ran well over its two-day limit, by the end of which, Jordan had to personally drag Rodman out of his hotel room to practice.

This side of Rodman is thrilling to see in comparison to Jordan and Pippen, two players who are to some degree rather reserved, where Rodman is a guy who is anything but. This sheds a really interesting light on the dynamic of the team and Rodman’s role within it.

Rodman was also part of another important part of the docuseries outside of the Bulls, and that was with the Detroit Pistons. The “Bad Boys”, as they were so named for their extremely aggressive and violent style of play, were a consistent thorn in the side of Jordan’s Bulls during the late eighties, not only having beaten them twice in a row in the playoffs but also developing a specific playing style around Jordan directed at doing all but actually killing him. These were called “The Jordan Rules”, and with the help of those as well as star players all around, the Pistons were able to shut down Jordan and the Bulls in the playoffs and win back-to-back championships in ‘89 and ‘90.

This inspired Jordan to put on 15 pounds of muscle in the offseason, and when he and the Bulls met the Pistons again in the 1991 playoffs, the Bulls swept them in four games under then-new head coach Phil Jackson. This arc of two straight playoff losses to the team as well as a deep and lasting hatred between the opposing teams only to see the Bulls come storming back is a ton of fun to watch, as you not only get to enjoy all the bad blood personally going on, but also the incredible basketball being played as the Bulls finally conquer their Everest, with Jordan even admitting that beating the Pistons was “in some ways better than the actual championship.”

Parts three and four were overall even more incredible than the first two, not only did we get an in-depth look at one of basketball’s all-time personalities, but also the evolution of one of it’s all-time rivalries. From how it’s going, this docuseries promises only more excitement in Parts five and six.