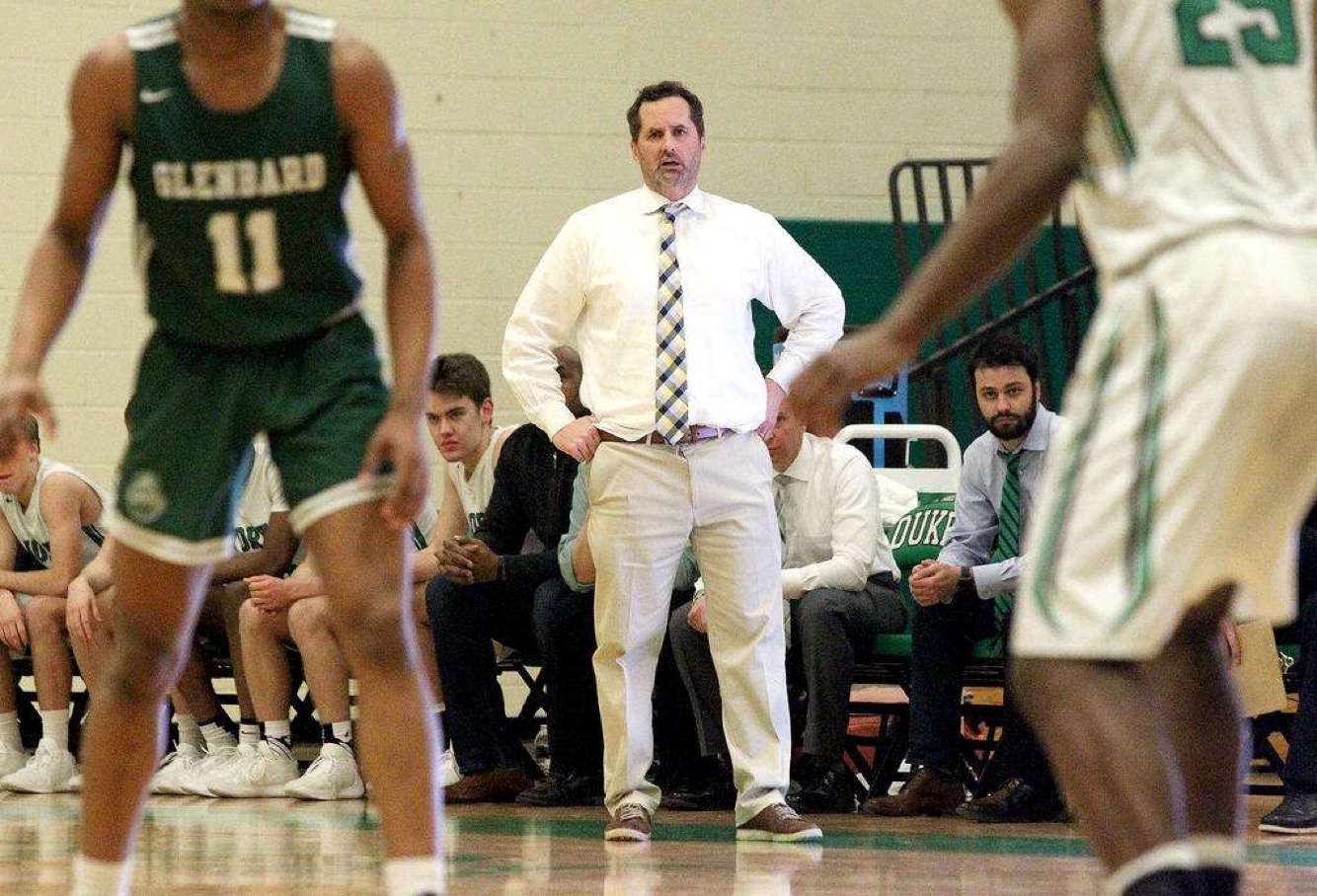 Head Coach Vince Doran watches intently from the sidelines as the ball is in Glenbard West's hands at a home game this past season. (Photo by Bobby Hessling)

Head Coach Vince Doran watches intently from the sidelines as the ball is in Glenbard West's hands at a home game this past season.

On Sunday, May 3, news broke that Coach Vince Doran, the York Boys basketball Head Coach, would not be returning for 2020-2021 season. Doran had a very successful eight seasons with the Dukes, they won five Regional Championships, three Jack Tosh Tournaments, one conference title, five 20-win seasons, and in 2019 he lead the team to break the York season winning record.

“He was a phenomenal coach that pushed you to be your best,” junior and team member Denton Rohde said. “Sometimes that meant tough love, which took some adjusting to, but once you understood it was purely out of the desire to make you a better player.”

This past December, Doran and his wife brought a baby daughter into the world, and he missed the final game of the tournament to be with his family during the special time.

“I think the decision in my mind was the birth of our daughter,” Coach Vince Doran said. “There was so much going on, and I need to devote more time to my family then what I have been doing.”

Many coaches took to Twitter about him stepping down, wishing him the best, as well as York basketball alumni.

“I was shocked and almost a little sad,” former player Nick Kosich said. “At the end of the day, I was super happy for him and gave him congratulations on all the great things he did at York.”

His returning athletes were also saddened by the news, one of them being junior Jeffrey Grace who has been coached by Doran for the past three years.

“When he said he was stepping down, it hit me hard at first then I realized it is more than just a game,” Grace said. “I have to respect that he wants to be a father. You can’t be mad at him because he has done so much. Sure it won’t be the same without him, and I thank him for everything. I just want to see him happy– that’s all he wanted to see from us.”

It will be different for many students and staff walking into the Green and White Gym and not seeing Doran; however, Doran said he isn’t done coaching.

“I can see myself as an assistant in five or so years,” Doran said. “I don’t have the desire to be a head coach, but I wouldn’t rule anything out. That’s my game plan right now, and I will still be involved with the Jack Tosh Tournament.”

The head coach position is currently open for hire, and assistant Head Coach Rob Wostartzky said he did not want to be the next head coach nor did anyone else in the program.

Doran does believe York will be very competitive next season with three starters coming back for next season.

“He wanted to win more than anyone and would do whatever it took,” Rohde said.