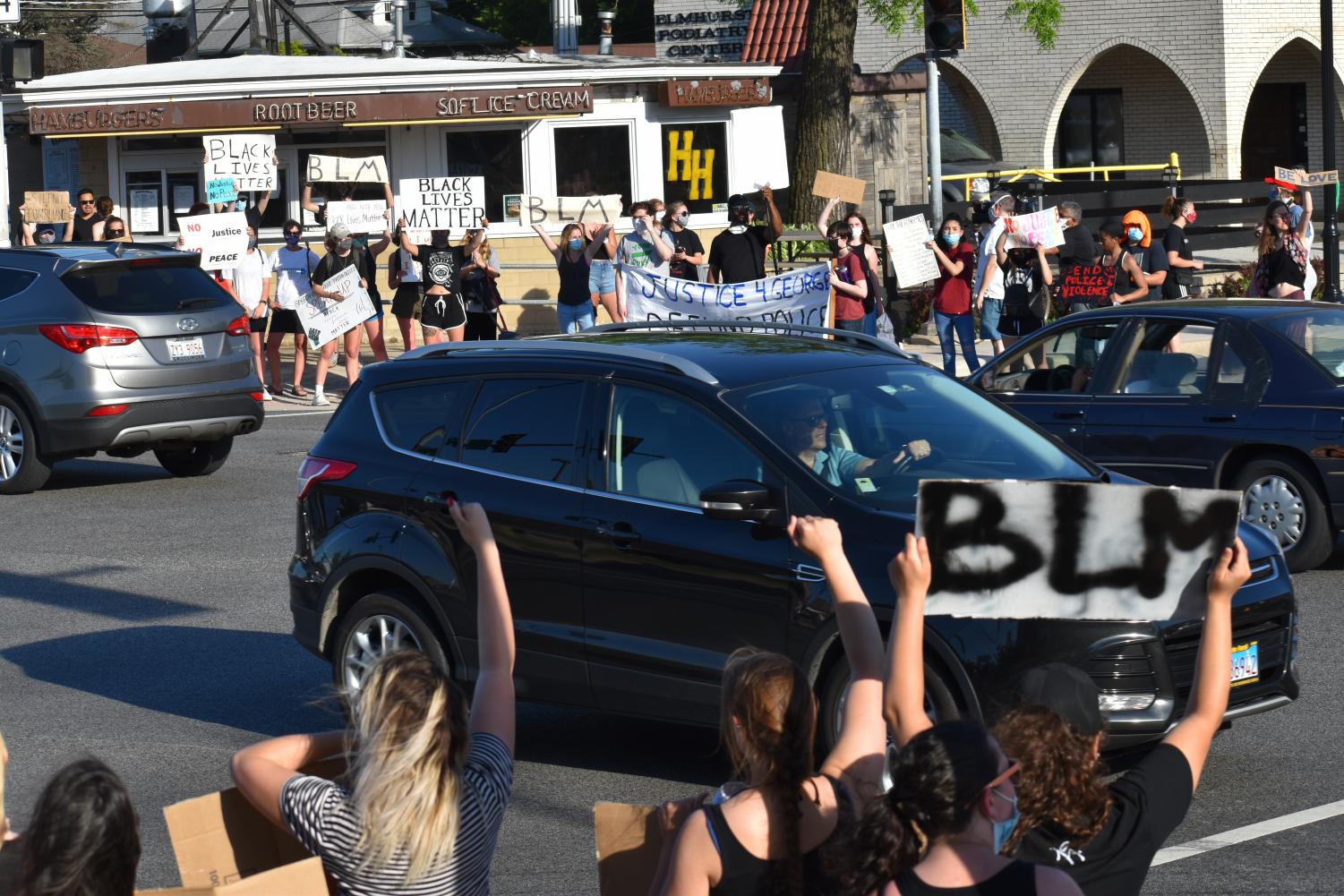 The Tuesday protest united members of the Elmhurst community and remained peaceful as protestors and passing vehicles showed their solidarity for the black lives matter movement. (Photo by Lucy Valeski)

The Tuesday protest united members of the Elmhurst community and remained peaceful as protestors and passing vehicles showed their solidarity for the black lives matter movement.

Following the murder of George Floyd by a Minneapolis police officer on May 25, protesters across America took to the streets to demand justice and reform. Many protests began peacefully but turned violent after looting, fires and police involvement. The protests, catalyzed by the murder of Floyd, are ongoing in many major cities and internationally. On June 2, Elmhurst residents held their first protest for the BLM movement on the intersection between North Ave and York. The protest remained peaceful as residents brought awareness to the community.

“The protest made me empowered and productive like I was making a difference,” senior Tessa Olson said. “It was so moving to see the power that united people can bring.”

As more protests are planned for next week and one was postponed for June 2, the BLM movement has a future in the Elmhurst community.

For more updates on the BLM movement in our community, check out ThisIsYork.org with continuing coverage. 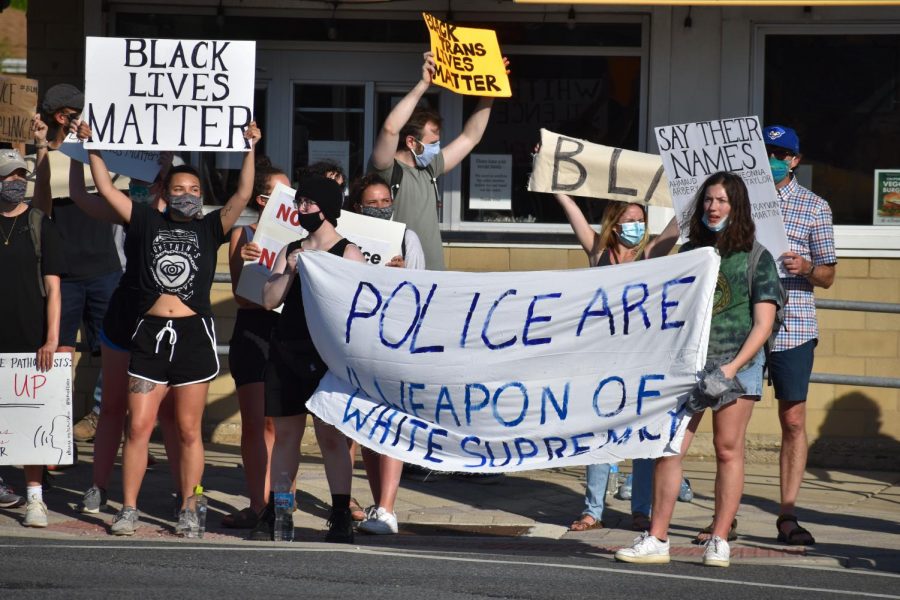 Gallery|9 Photos
Photo by Lucy Valeski
In the 90 degree heat, peaceful protestors in Elmhurst hold up signs and chant “Black Lives Matter”. Other chants included the names of the recent victims of police brutality, “no justice, no peace, no racist police” and “this is a peaceful protest, this is not a riot”.