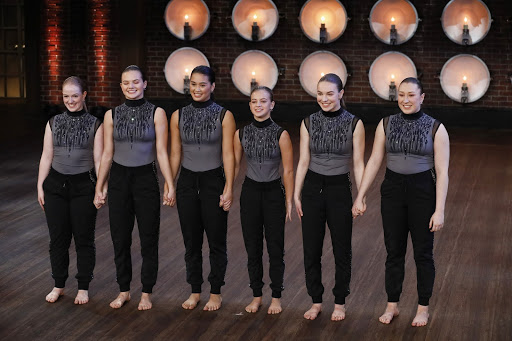 Competitive dance team, “The Difference”, stands in anticipation as the judges give feedback for their piece in the callback round on “World of Dance”. (Photo courtesy of Allyson Hiser)

Competitive dance team, “The Difference”, stands in anticipation as the judges give feedback for their piece in the callback round on “World of Dance”.

Under the Monocle: York juniors Allyson Hiser and Sophie Grabau take on the World (of Dance)

In June, juniors Allyson Hiser and Sophie Grabau made their national television debut on NBC’s “World of Dance”. The competitive dance show is a platform for dancers to showcase their abilities with guidance from three celebrity judges: Ne-Yo, Derek Hough and Jennifer Lopez. Hiser and Grabau competed with “The Difference”, a contemporary dance group based in Carol Stream. Out of the competition’s five rounds, the team performed in the qualifiers and callbacks. 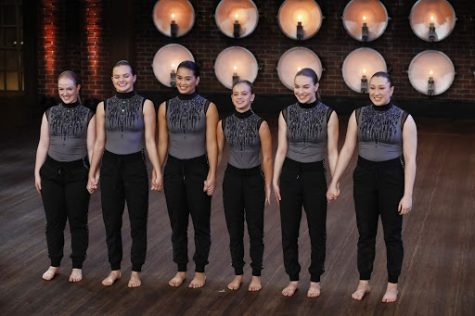 Melissa Lobes opened “The Difference” dance studio in the latter half of 2019. Then, after being asked to audition for “World of Dance”, Lobes began forming a team. Lobes chose both Grabau and Hiser to compete for the one million dollar prize with “The Difference” on season four of the hit show.

“In September, our coach got asked to audition for ‘World of Dance’. After that, Melissa chose six of us, and we started training for the audition,” Hiser said. “It took a lot of hard work and dedication, but we all wanted to do our best and show the world what we could do.”

The girls rehearsed for about two months before heading to New York, where they performed their dances in front of the show’s producers. After countless hours spent in the studio perfecting their craft, the team’s efforts paid off.

“After the audition, Melissa called us out of nowhere and told us we made it to the next stage of auditions, which meant we were basically on the show,” Hiser said. “I was so excited and honestly shocked because it did not feel real, especially because I have been a fan of  “World of Dance” for as long as it aired.” 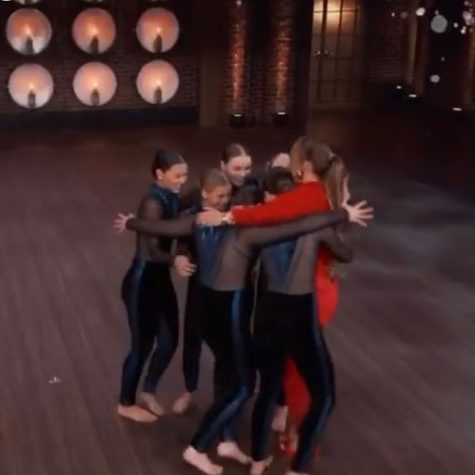 Not only did Hiser and Grabau make their national television debuts, but they also received mentoring from iconic judges. Seen as trailblazers, the three judges are considered inspirations for dancers, singers and actors alike. Judge Ne-Yo is most well known for his Grammy award winning music career. Emmy Award winning choreographer, judge Derek Hough is known best for his dancing career on ABC’s “Dancing with the Stars”. Judge and executive producer Jennifer Lopez is one of the most influential global superstars known for her innate ability to dance, sing and act.

“It was surreal getting to meet Ne-Yo, Derek and JLO,” Grabau said. “Their feedback was extremely helpful especially since this was our first experience dancing on camera for TV.”

However, the team did not just perform once; they had the opportunity to showcase another performance. In the first round of the competition, also known as the qualifiers, judges vote yes, no or give a callback vote. If given two yeses, dancers proceed to the duel round. If given a callback vote, dancers are given a final chance to perform in hopes to advance to duels. Lopez gave the team a callback vote, hoping to see what else they could bring to the table. After their callback performance, the judges were complimentary of the connections they saw on the dance floor. 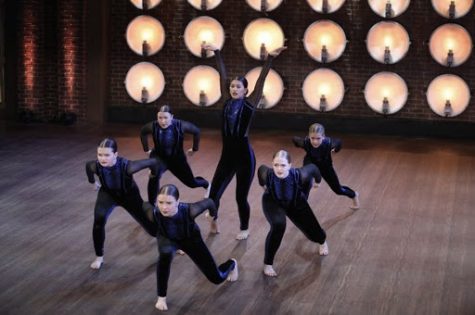 “When you’re talking about a competition, heart becomes such a big part of it. In a long race, heart will win talent,” Lopez said after watching the team’s performance. “You can’t count them out.”

Though they were eliminated before the duels, “World of Dance” signified an important and influential step in both Grabau and Hiser’s careers as dancers and artists.

“The whole experience was unforgettable and truly a learning opportunity,” Grabau said. “We are grateful to have been able to experience such an incredible opportunity.”