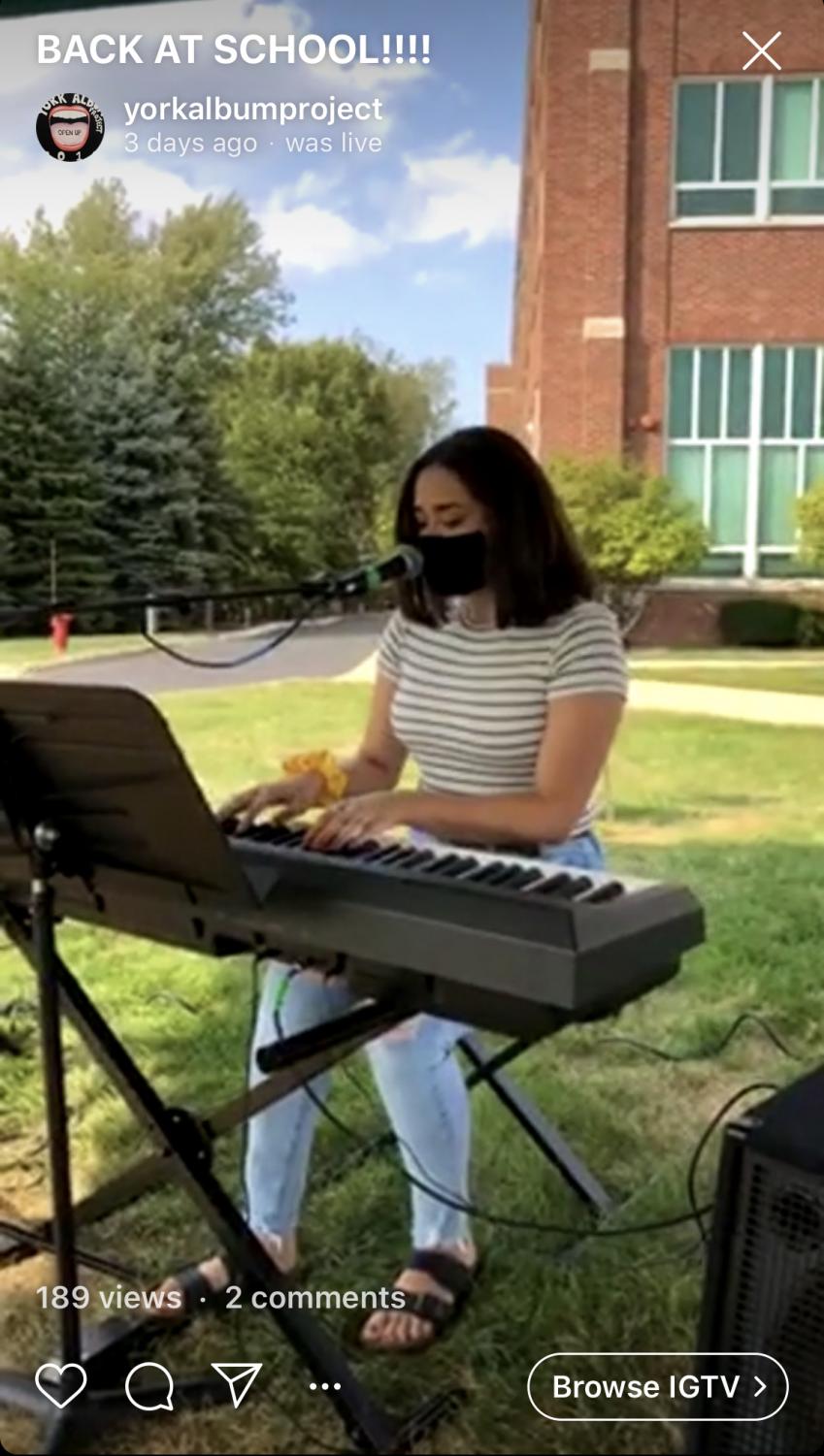 Thursday’s show featured some of York’s most dedicated musicians performing a variety of original music and cover songs outside the academic building. Senior Kathryn King not only performed Thursday, but she also hosted the show, introduced the musicians and coordinated performances over the course of the hour.

Each and every performance highlighted the dedication York musicians have to playing music even in the midst of a pandemic.  Senior Juliana Suarez, one of Thursday’s performers, recognized the importance of music as a creative outlet in these uncertain times.

“I’m thinking, especially during a pandemic, when everyone’s […] mental health is not doing great, music is a good way to keep your emotions from getting all bottled up,” Suarez said. “And I think it’s a healthy way of self-expression and getting your emotions out.”

Thursday’s show would not have happened without the efforts of Amateur Musicians Club sponsor and music teacher Christopher Gemkow. As the driving force keeping the music alive during the pandemic, Gemkow is aware of the challenges faced by York’s music community but optimistic about what the future holds for music at York.

“There’s so much that happens in a community[…] And we’re more creative because of being around each other,” Gemkow said. “So in the scheme of things, it’s temporary, but it seems like a lifetime going through this [the pandemic]. So it’ll be over at some point. And hopefully, we’ll be able to pick up the pieces and all be stronger and even have more to say. We’ll have so much more to say when this is over.”

You can catch the September 24 performance as well as keep updated on music events at York over on the official York Album Project Instagram page.