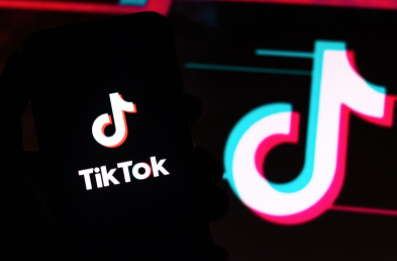 The Chinese-based app TikTok faces possible ban in the United States after President Trump brought up concerns of American user data possibly being leaked on the app. (Photo curtesy of Entrepreneur.com)

The Chinese-based app TikTok faces possible ban in the United States after President Trump brought up concerns of American user data possibly being leaked on the app.

The Saga Continues: Trump continues to push for ban on TikTok amidst foreign concerns

The video-sharing social networking app TikTok grabbed the attention of millions over the globe, including the president of the United States. Though it’s popular among American users, the app was created by the Chinese company ByteDance. Afraid of user data being leaked to China’s government, the Trump Administration has been attempting to shut the app down, classifying it as a national security threat. Users of the app have been following the events of the attempted shut down, in hopes their beloved social media platform will live to see another day in the United States.

“TikTok can be rather political, and a lot of its users post raw, real footage of their political opinions,”  senior Tessa Olson said. “There’s a lot of political discourse on that app, which Trump obviously doesn’t like. It’s one of the most popular apps right now, and if it were to be banned, people would get really, really mad. If anything, they might make a compromise to censor it.”

On Aug. 6th, 2020, Trump released an executive order prohibiting ByteDance from operating the TikTok app. Another Chinese social networking app, WeChat, was also included in the ban. TikTok responded to the leak data allegations from the US government, claiming that the app does not share American user data; they state that the data is stored in the United States, but it’s backup is stored in Singapore.

“While we strongly disagree with the implications of TikTok as a national security threat, we nonetheless understand the concerns,” interim head of TikTok Vanessa Pappas said, as reported by NPR. “We’re pleased that today we’ve confirmed a proposal that resolves the Administration’s security concerns and settles questions around TikTok’s future in the US.”

Trump claimed that, if the company took a deal in which an American company bought the app, it could avoid a shut down. TikTok is considering deals from American corporations Walmart and Oracle, a database software company. If the deal falls through, the president will order the US Commerce Department to enforce the ban.

“If we find that [American companies] don’t have total control, then we’re not going to approve the deal,” Trump said while giving an interview on news show “Fox & Friends”.

The ban was scheduled to take place on Sept. 20th; it then got delayed a week to the 27th after Trump gave “his blessing” to the Oracle and Walmart deals. As of right now, the ban is delayed indefinitely after U.S. district judge Carl Nichols issued a preliminary injunction which temporarily restrains the action the president is taking against the app. After so many delays, users of the app are doubtful that it will get banned at all.

“Considering the many failed attempts to ban the app, I don’t think it will happen,” freshman Isabella Pingel said. “I don’t think people will let it happen.”

In his executive order, Trump stated that the app had until November 12th to secure a deal with Oracle and Walmart. If they cannot settle with a deal, the US commerce department will attempt to move forward with their already plans for the ban. The potential ban has disappointed many users, as they viewed the app as a creative outlet for expression.

“This is how people connect with others and enjoy their time during this time of uncertainty,” sophomore Regan Wright said. “It isn’t fair to just take that away from them.”

Though the proposals from both companies are still in review by TikTok, there is some basic structural information known. In the preliminary stages of the deal, ByteDance is to retain 80% of the company, meaning Oracle and Walmart split the remaining 20%. This is subject to change, as Trump’s originally requested that the app be fully controlled by an American company.

“We are a hundred percent confident in our ability to deliver a highly secure environment to TikTok and ensure data privacy to TikTok’s American users, and users throughout the world,” Oracle CEO Safra Catz said, as reported by NPR.

Judge Nichols has scheduled a hearing on Nov. 4th to determine whether or not Trump’s attempt to remove the app from the US can be allowed. In the meantime, TikTok continues to speak out in protection of their rights as a company.

“We will continue defending our rights for the benefit of our community and employees,” an anonymous TikTok representative said, reported by the Washington Times. “At the same time, we will also maintain our ongoing dialogue with the government to turn our proposal, which the president gave his preliminary approval to last weekend, into an agreement.”