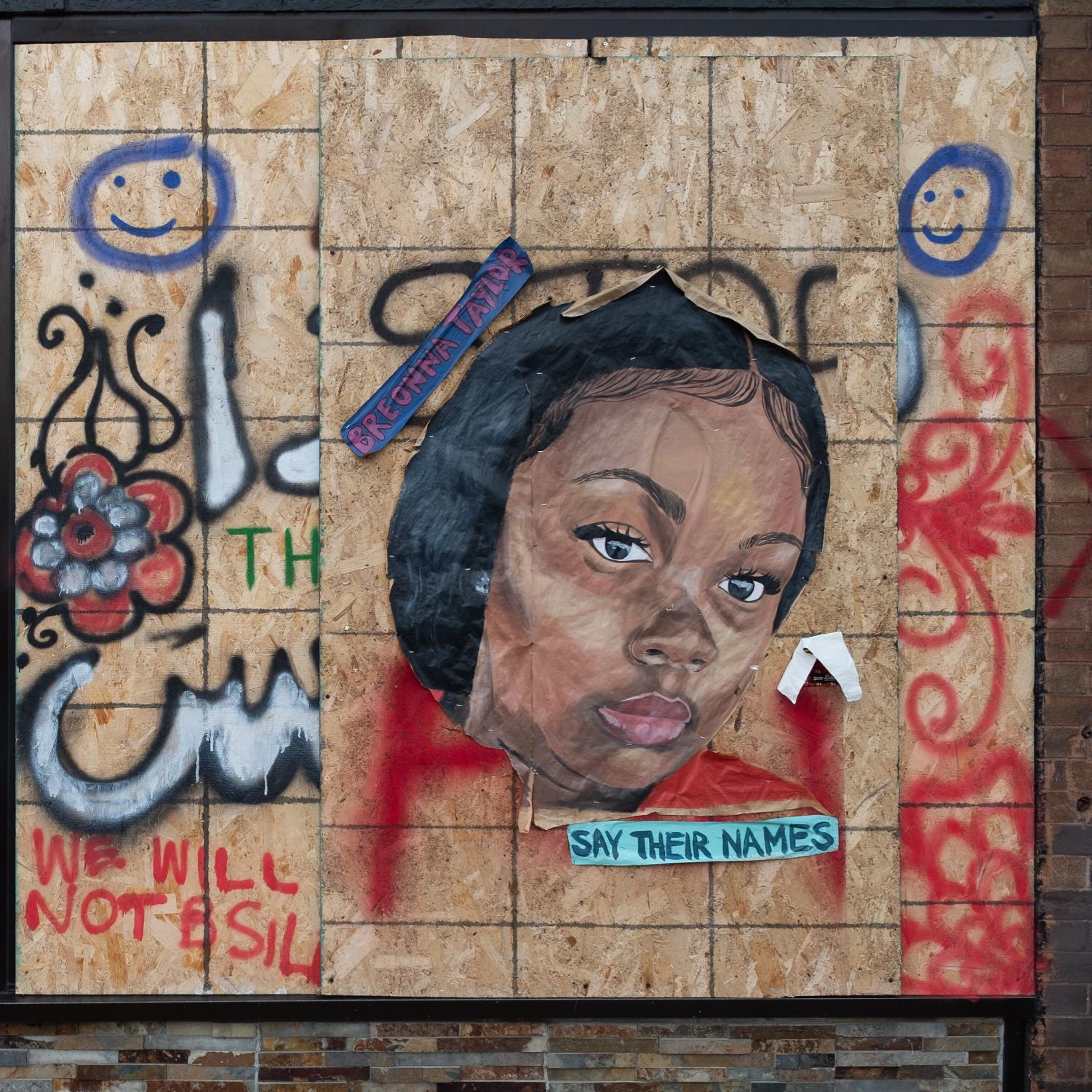 A mural of Breonna Taylor at a memorial in Minneapolis. “Say their names” became a rallying cry for activists, referencing the many victims of police brutality. ( “Breonna Taylor” by Sharon Mollerus is licensed under CC BY 2.0)

A mural of Breonna Taylor at a memorial in Minneapolis. “Say their names” became a rallying cry for activists, referencing the many victims of police brutality.

“Breonna Taylor” by Sharon Mollerus is licensed under CC BY 2.0

It has been a week since a grand jury acquitted two police officers and charged one with wanton endangerment regarding the death of Breonna Taylor which occurred last March. The world has shown its reaction to these charges, including the Black community at York.

On March 13, 2020, a no-knock raid was conducted by Louisville police officers at the home of Breonna Taylor and her boyfriend, Kenneth Walker. Walker, a legal gun owner, fired at who he says he thought were intruders entering into his home. When the officers fired back, Taylor was shot six times and killed on the spot. Taylor’s death sparked outcry nationwide, and she became a symbol of the victims of police brutality and the Black Lives Matter (BLM) movement.

On Sept. 25, 2020, the officers present for Taylors’ death, Jonathan Mattingly, Myles Cosgrove and Brett Hankison, were either acquitted or charged with minor charges.

The Black Student Union, or BSU, is a group of students at York who meet once every other week to discuss issues surrounding the Black community. While reactions to the case have been mixed nationwide, members of the BSU have argued that the decision to acquit the officers who shot Taylor is a severe miscarriage of justice.

“On the surface, this is disturbing because sometimes people don’t know how to right their wrongs, and instead of righting their wrong, they are trying to make it work just so they can save face,” Black Student Union sponsor Marquitte Collins said. “So, with the Breonna Taylor case, from my understanding, it’s that the authorities would like to cover up a mistake that they made and spin it off to make it seem like they didn’t make a mistake.”

Following the recent deaths of not only Breonna Taylor but many others, including George Floyd and Ahmaud Arbery, police brutality and violence towards Black Americans have become important topics in American political and social discourse. In this time, students have become increasingly involved in the political world, including social movements such as Black Lives Matter.

“It’s not enough to just know that [police brutality] is a problem […] [We need to] actually do something about it because it’s getting extremely out of hand,” Black Student Union president Dasha Brooks said. “And I know everyone’s tired of hearing it, but the people who have been experiencing it are more tired of it than anybody could ever imagine.”

Brooks participated in several protests and wants to push for more public projection of the BSU club. While the death of Taylor has been in the hearts of many worldwide, Brooks and many others have also taken this event to recognize the ongoing structural issues occurring in the American justice system.

“I think that what happened with Breonna Taylor is extremely unfortunate, extremely sad and devastating. But I feel it opened the eyes of many Elmhurst citizens and American citizens to what the police force is really like,” Brooks said. “I feel like there definitely needs to be some major reforms, and Breonna Taylor was kind of like the gateway to people seeing that.”

Going far beyond simple awareness, Breonna Taylor’s death has become a rallying cry for student activists across America. These movements have prompted many across the country to speak out.

“I would say [the protests] have definitely inspired a lot of people to stop being quiet and to speak their voice,” vice president of the Black Student Union Cassidy Toussaint said.“A lot of people that I know like to be vocal about things, but they were scared of how other people are going to look at them […] But [now] they were like, no, it’s time for change. And they broke out of their barrier and came out and joined forces with us. And I just love to see that because I didn’t know how many allies I really had.”

With America nearing a presidential election in November, many people will be expressing a multitude of differing opinions on relevant social issues. Throughout these times, Collins emphasizes that it’s important to discuss and share these viewpoints with one another in a respectful manner.