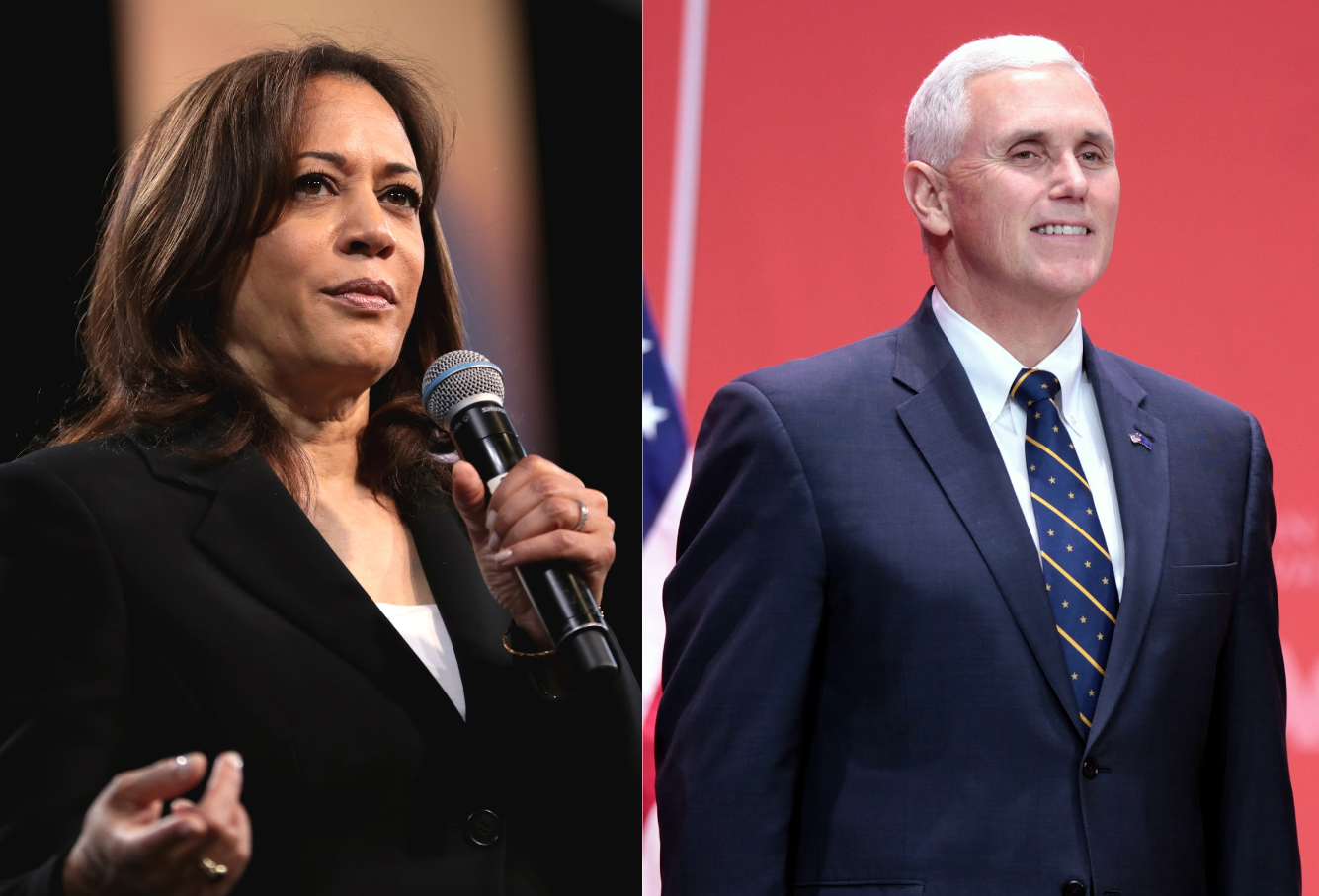 Kamala Harris vs. Mike Pence: the key takeaways from the 2020 vice presidential debate

On Wednesday night, Vice President Mike Pence and California Senator Kamala Harris squared off in the first and only Vice Presidential debate of the 2020 election at the University of Utah. The debate was moderated by Susan Page from USA Today.

Harris and Pence debated several topics in the hopes of gaining votes for their respective campaigns. Topics discussed included the COVID-19 pandemic, presidential fitness, the economy, climate change, foreign relations, the replacement of Justice Ruth Bader Ginsburg, healthcare, police reform and party tensions. Page posed a question to one candidate who was then given two minutes to respond. After that, she asked the same question or a related one to the other candidate who would also be given two minutes to respond, followed by an open discussion. The debate lasted for an hour and a half.

The first topic was the issue of how each administration planned to tackle the COVID -19 virus. Harris was given the chance to speak first, and she attempted to portray the Trump administration’s response as one of denial and irresponsibility. On the other hand, Pence emphasized the reopening of the economy across the nation, and the sacrifices made by the American people. COVID-19 has been a key issue to both campaigns and was spoken about at length in the early stages of the debate.

The next issue brought up was presidential fitness. Both Biden and Trump would be the oldest president on record if they were to be elected, meaning that there is a higher possibility that either president could be deemed unfit to lead at any given time, so the moderator asked if either vice presidential candidate had talked to their running mate about taking over if such an event happened. This time, Pence was given the question first, but he chose to go back to the topic of a COVID-19 vaccine. Harris, instead of responding directly to the question, decided to circumvent it.

“[Harris] did have a low point though during the segment talking about if her and [previous] vice president Joe Biden had any talks about, if he were unfit to lead, would she be able to take [leadership],” sophomore Young Politicians Club co-president Sophia Rosak said. “It was a low point in that she kind of sidestepped the question.”

Following this, the candidates discussed a variety of issues, including climate change. Pence argued that Trump has helped the environment through “innovation and the development of natural gas and fracking”, while also helping the economy. In response, Harris talked about Joe Biden’s plans towards creating new jobs in the energy field. After climate change, the issue on the table was foreign relations, focusing on China. Instead of answering one of the questions around China, Pence discussed voting records instead. Going off topic and returning to previous questions became a repeated pattern for Pence throughout the debate.

“I did have a problem with Pence because he was very slow, and he would often go back to a previous question and not answer the current question,” senior Young Politicians Club co-president Rhian Fazzini said. “And by doing that he ended up losing all of the time he could have had answering the question.”

Another issue discussed was police reform and Breonna Taylor’s murder. Both candidates responded to the question of whether or not justice was served. While Pence reiterated his support towards our law enforcement and trust in the justice system, Harris explained how her previous role of a prosecutor pushed her to encourage more reform in our police and criminal justice system.

“[Harris] was able to show herself to be knowledgeable on the subject with her past as a prosecutor and an attorney general of the state of California,” Rosak said. “She was able to use her previous experience with having all of her officers with their body cameras on at all times while they were on duty. She was able to use her experience as a point to say, now this is what we’re going to do for the future of crime reform.”

The issue of the late Ruth Bader Ginsburg’s replacement on the Supreme Court was of concern for both candidates. With President Trump’s recent appointment of conservatice justice Amy Coney Barrett to the Supreme Court, Harris argued that the vacant seat should not be filled until after the election and that the winning candidate should decide Ginsburg’s replacement. Pence, on the other hand, repeatedly questioned if a Biden victory would mean the addition of more justices to “pack the court” in favor of the Democrats should Barrett be confirmed to the court.

“[Pence] did have a higher point when talking about the Supreme Court, in the sense that he brought up that Biden and Harris might pack the Supreme Court, which Harris didn’t really answer directly to,” Rosak said. “That is one thing that he kind of had [Harris] at.”

The debate ended with the two candidates responding to eighth grader Brecklynn Brown’s question surrounding recent media portrayal of party polarization. The debate on Wednesday night represents the only vice-presidential debate that will be happening in this election cycle. Currently, there is one more presidential debate scheduled for October 22nd. The goal of this debate, as was the case with both prior, is to show Americans their options for the next president of the United States.

“We want a debate that is lively, but Americans also deserve a discussion that is civil”, moderator Susan Page said. “These are tumultuous times, but we can and will have a respectable exchange about the big issues facing our nation.”