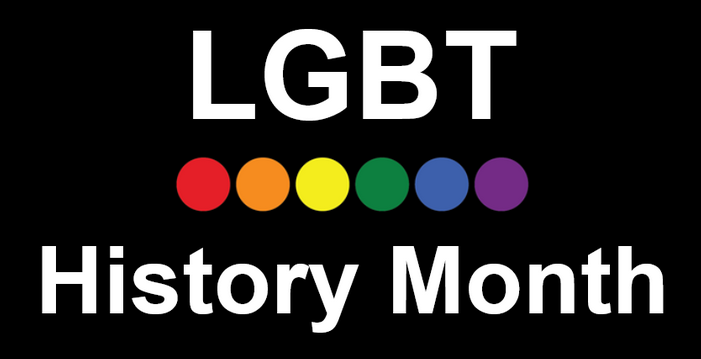 AS.IS is celebrating LGBT History Month by going over important periods of history for LGBTQ+ members and preparing several projects aimed at helping educate teachers and students on ways to help students feel comfortable in school.

October is widely recognized as LGBT history month, so from Ancient Egypt to the Stonewall Riots of 1969, AS.IS has been studying historic moments within the LGBTQ+ community. AS.IS, which stands for “Accepting Sexual Orientations in Schools”, is a York group aimed at providing an open and safe space for LGBTQ+ students. This month, AS.IS created a “What We Want You To Know” slideshow for York faculty and worked on their “Creative Voices” project, a collaboration between the members of AS.IS where members can present anything they feel expresses themselves.

“AS.IS is our school’s version of a GSA. [Gay-Straight Alliance],” rotating officer for AS.IS senior Eli Casey said. “To me, it’s a place where we can gather and talk about things others may not understand. AS.IS is a safe place for similar people to talk about what makes us similar.”

The Gay-Straight Alliance is a set of nationwide programs aimed at giving LGBTQ+ students a safe place to organize around common issues, as well as socialize. Members of AS.IS meet every week to discuss a variety of topics. This month, their main focus has been on history.

“LGBTQ+ history is very overlooked in schools, while there is actually a very rich history there,” vice president of AS.IS junior Monica Wang said. “History is very important, just in general. Not many people know about the LGBTQ+ side of it because it’s ignored.”

A key occurrence that the group has been focusing on is the Stonewall Riots of 1969, a series of riots by members of the LGBTQ+ community that occurred in New York City. The Stonewall Riots are just one example of the historic moments that AS.IS has been exploring.

“Our first week was dedicated to looking at many different cultures and points in history, including Greece, Rome, Britain, Indigenous people in the Americas and Egypt”, president of AS.IS junior Maria Mahnken said. “The second week was focused on one of the most important events in America’s LGBTQ+ history: the Stonewall Riot. The third week focuses on the road to legalization [of civil union between same-sex couples in the United States from 1970-2015], and the last week focuses on current events.”

Going beyond the club itself, in early October, AS.IS made a slideshow titled “What We Wish You Knew” addressed to the York Faculty. The slides detail ways teachers can be more inclusive, such as adding in options for pronouns on introductory forms. The information given also warns teachers against ousting their students to their families.

“Our ‘What We Want You To Know’ slideshow aims to educate York faculty about what LGBTQ+ students need in order to feel safe and welcome in the classroom,” Mahnken said. “We are aware that many faculty members may have never learned about LGBTQ+ issues, and it may seem like guessing in the dark to them trying to figure out how to best welcome us, and AS.IS hopes that detailing these ways clearly will make it easier.”

Finally, AS.IS is making a “Creative Voices” project, which will be finished at the end of October. The project involves students expressing their interests in varying ways and presenting virtually to the group at the end of the month.

“It’s a creative project,” Wang said. “You can make anything. You can bake, you can sing, you can draw. It’s a way for us to express how LGBTQ+ stuff affects our lives.”

AS.IS will continue to work on their various projects, as LGBT History Month is not over yet. Now, they will begin looking at the modern history of the LGBTQ+ movement and its effect on everyone, regardless of gender and sexual orientation.

“While this year has been hard to plan as AS.IS is a traditionally project-based club that usually requires in-person interaction, the opportunity to be more thorough and educational during LGBT history month is one that cannot be undervalued,” Manken said. “I hope that through these past few weeks, club members have been able to see how rich and colorful LGBTQ history is, and are able to draw from it as our community continues to advocate for itself.”