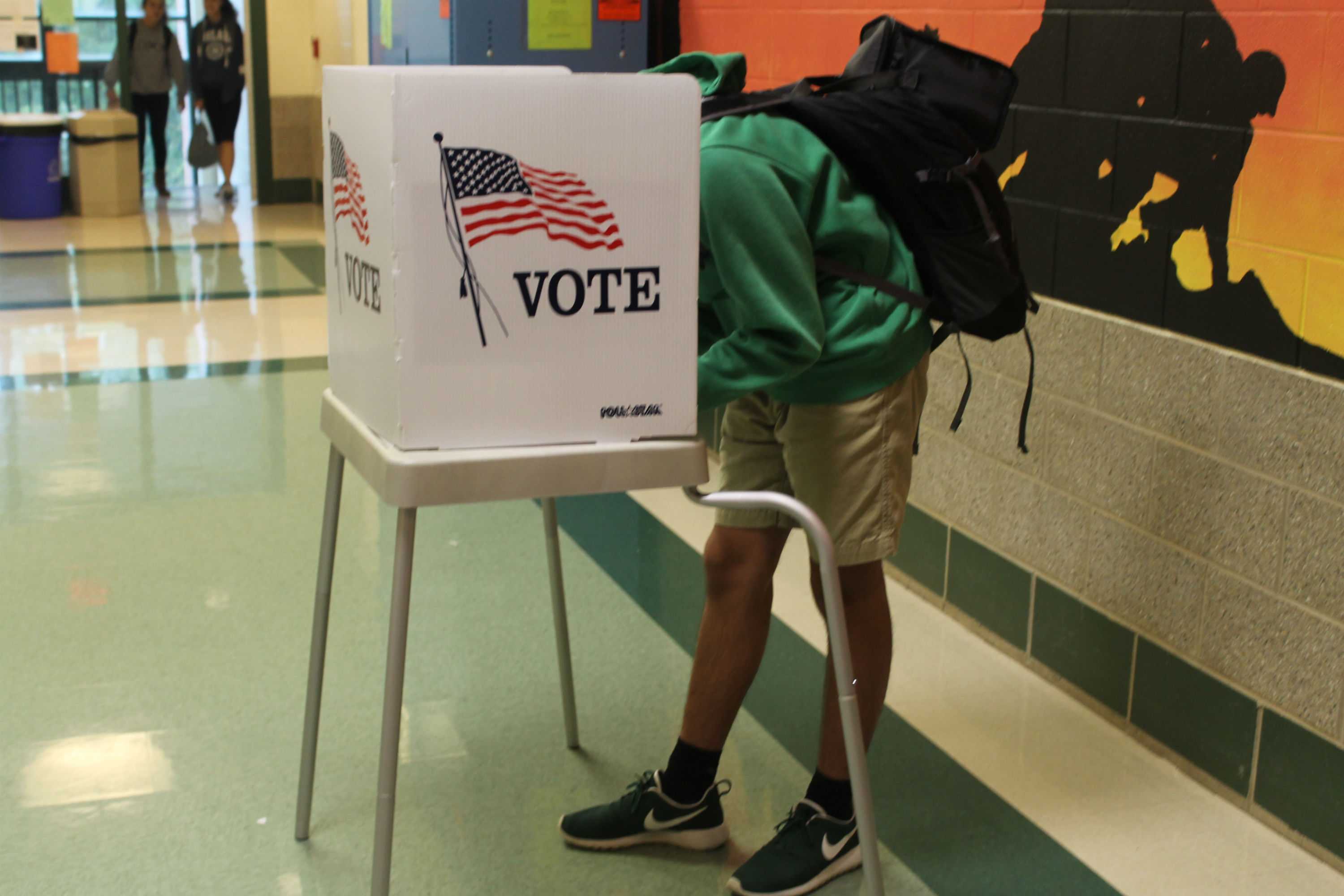 This week, York held a mock general election in which 1,235 students voted for the presidential and congressional candidates they would like to see in office. For the President of the United States, Democratic Party candidates Joe Biden and Kamala Harris came away with the win with 64.1 % of the vote. Republican Party candidates Donald Trump and Mike Pence came in at second place with 32.8 % of the vote.

Students were also able to vote on a few other candidates and whether or not they support a proposed progressive tax for Illinois. For the Illinois senator position, incumbent Dick Durbin came away with the win. For the US House of Representatives, incumbents Mike Quigley and Raja Krishnamoorthi for the fifth and eighth Districts respectively were preferred among York students, and for the Illinois House of Representatives 47th District, Jennifer Zordani came out on top. Several students across grade levels weighed in on why they thought certain candidates were more preferable.

“In all honesty, neither candidate is great per se, both having a history of racism among other things,” junior Jackson Small said. “However, Joe Biden is the lesser of the two evils in this election seeing as today, he stands for so many things that are necessary to rebound from the Trump administration’s failures. Donald Trump is actively going against the constitution and is aiming to strip many groups of their basic civil rights.”

Biden did well in the mock election, so it seems Jackson’s sentiments may be shared by many in the York community. However, there was still a significant portion of the student body that did not vote for Biden, so not everybody believes that Biden is the “lesser of two evils”.

“The possibility of Joe Biden becoming president is rather troubling, given the fact that most of his policies will focus on the erosion of both of the first and second amendments,” senior Florian Pasek said. “These principles time and time again have been the glue holding this country together, and protecting the rest of our civil rights and liberties.”

President Trump still ended up receiving notably fewer votes than his Democratic counterpart at York. With tensions rising surrounding the ongoing pandemic, many have been vocal in their opposition to the president’s treatment of COVID-19.

“I think what we need right now in the midst of the pandemic is someone who takes action and leads responsibly,” sophomore Grace Libert said. “But right now, because of Trump’s lack of a response, we are the number one country in [COVID-19] deaths.”

Despite the ideas mentioned by Libert, President Trump still received 32.8% of the vote and it is clear he still has much support, regardless of the fact that he lost the mock election overall.

“While I do not support Trump, I hope that he wins this election based on the fact that he is the lesser of two evils,” Pasek said. “I believe this election, much like any other election, is extremely important. I feel that this election will determine an awful lot of things given how tense things are both domestically and internationally.”

Mock elections like the one held at York are especially important for students who aren’t able to vote in the regular general election. All of the students interviewed agreed that it is of great importance that all eligible voters should vote, regardless of which candidate they select.

“This election is super important not only because it will determine our president for the next four years but also determines how America will survive the pandemic,” Libert said. “Not to mention the other upcoming world problems like pollution and global warming […] I’d really just encourage people to vote if they can and even if they can’t, to encourage those who can.”