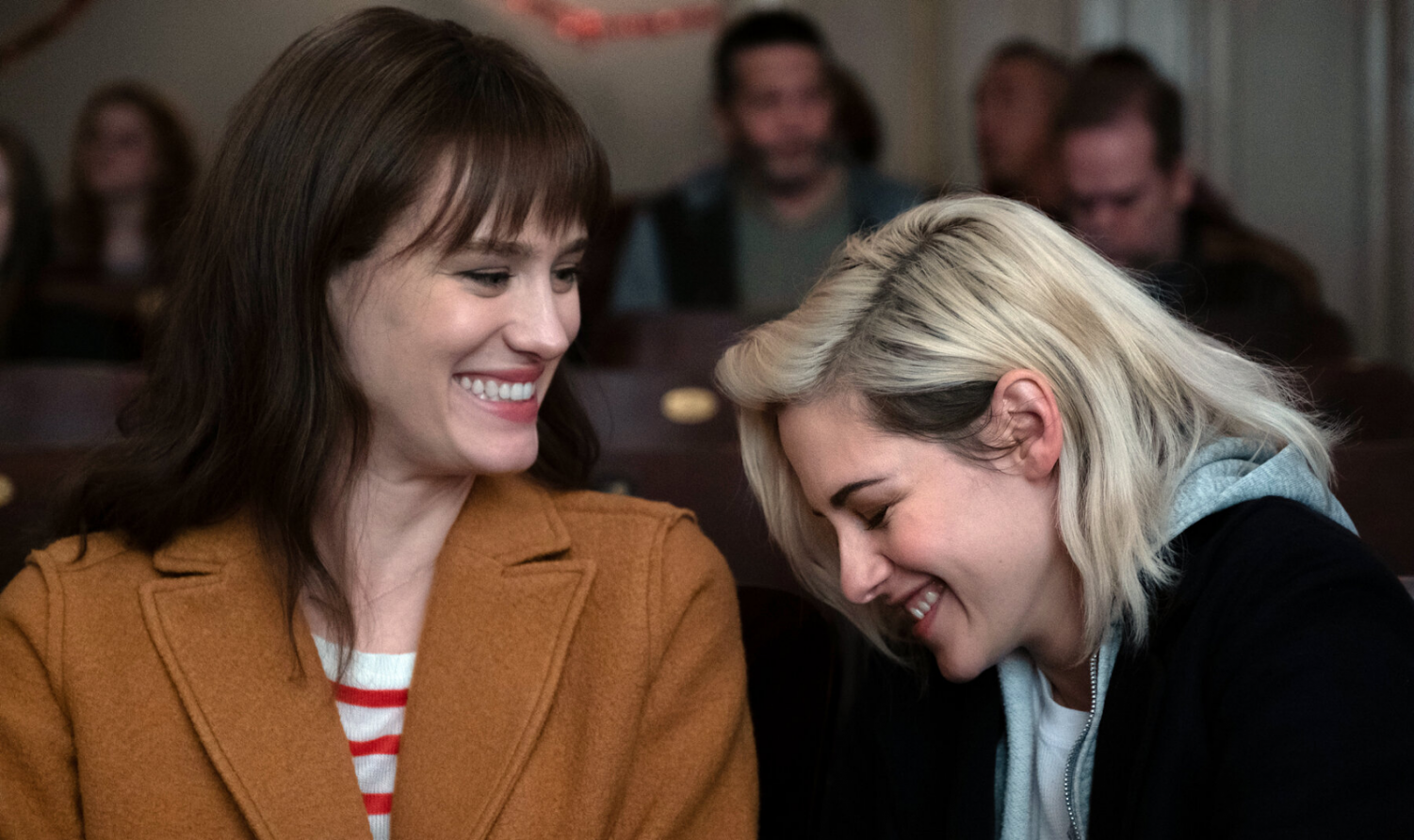 Clea Duvall’s sophomore movie “Happiest Season” debuted on Hulu to a wave of support and backlash. The holiday romantic comedy has been widely celebrated as the first LGBTQ studio-backed movie of its genre. While Sony’s feature definitely broke ground for representation, it felt familiar and comfortable with funny characters and sincere emotions.

“I am such a huge fan of Christmas movies,” Duvall said in an interview with NPR. “They are and have been a huge part of the holiday tradition for me since I was a little kid. So it was – you know, the idea for this movie was born out of just being such a fan of the genre but never seeing my experience represented within it and feeling like, you know, “Happiest Season” was a great opportunity for me to tell a universal story from a different perspective.”

“Happiest Season” begins as couple Abby (Kristen Stewart) and Harper (Mackenzie Davis) decide to celebrate Christmas with Harper’s family. On the way to Harper’s hometown, she tells Abby her parents do not know she has a girlfriend. The two women spend the holiday at home pretending to be roommates. As Harper immerses herself into her family, Abby becomes more isolated.

Duvall and Mary Holland co-wrote the screenplay for “Happiest Season” and successfully told a story that was both hilarious and heartfelt. The plot, completed with many funny situations, also provided an emotional story that could be relatable to many. The dynamics of Harper’s family felt satirized for comedic effect, but the underlying competitiveness and pull to perfection always remained rooted in reality. The screenplay includes nuanced moments capturing the pressure Harper faces to remain in the closet while not making the family overtly bigoted or homophobic. It also leaves the audience with an unpredictable twist in the climax, given the romcom genre. I appreciated the familiarity and comfort in watching a holiday romantic comedy while seeing an unconventional Christmas story unique to LGBTQ experiences.

“I’m so glad I have this movie coming out and not something destructive or dour or really depressing,” Davis said in an interview with Vogue. “It’s a lovely thing to think about people watching this in their home. I watched it a little while ago, and it feels cozy and normal-now is the time for a Christmas romantic comedy, and this movie is one dependable thing that hasn’t been thrown out of whack.”

One of the many merits of “Happiest Season” lay in the viewer’s ability to empathize with both Harper and Abby. Harper, a successful journalist, felt compelled to maintain a perfect image for her parents while, in the process, hurting her partner’s feelings. Abby became ostracized from the holiday celebrations when forced into the roommate role. The screenplay does an excellent job of showing both women’s struggles and goals. A feeling of claustrophobia grew throughout the movie as their feelings grew more apparent.

Kristen Stewart gives a dynamic performance as Abby, capturing both the hilarity of unfortunate situations and the isolation of hiding herself in a foreign family. She switches between the comedic stammering lies to Harper’s parents and palpable frustration and loneliness growing throughout the movie. Fan-favorite Aubrey Plaza as Riley, a family-friend and ex-girlfriend of Harper,  gave an engaging performance while comforting Abby. “Schitt’s Creek” fans should be pleased to hear Dan Levy as Abby’s best friend delivered hilarious one-liners and comedic sage advice while also providing the emotional crux of the film in a touching monologue. Viewers also appreciated the quirkiness of co-writer Holland’s Jane, the wacky yet endearing sister of Harper.

“At the same time, [“Happiest Season”] is just presented in a way that is very conversely different to something that feels afraid or angry,” Stewart said in an interview with Variety. “It feels forward and open. I mean, it doesn’t have to be like this overwrought thing to be politicized!”

The reviews on “Happiest Season” remain divided as some criticize Harper and her affinity to please her parents. Negative reviewers call the women’s relationship toxic because of Harper. I believe this is a mistake. Most romantic comedies force audiences to suspend their perceptions of what a healthy relationship looks like for the sake of plot and entertainment, and Harper and Abby’s relationship should not be held to any other standards. The romantic comedy genre primarily shows the unrealistic misadventures of a relationship before the pair magically ends up together. Why should “Happiest Season” be any different? Maybe, it missteps with utilizing a coming-out narrative, a difficult subject for many. However, with a story based on Duvall’s personal experience and a screenplay that recognizes the intricacies of its subject, “Happiest Season” gives viewers a funny and authentic portrait of friendship, families and relationships.