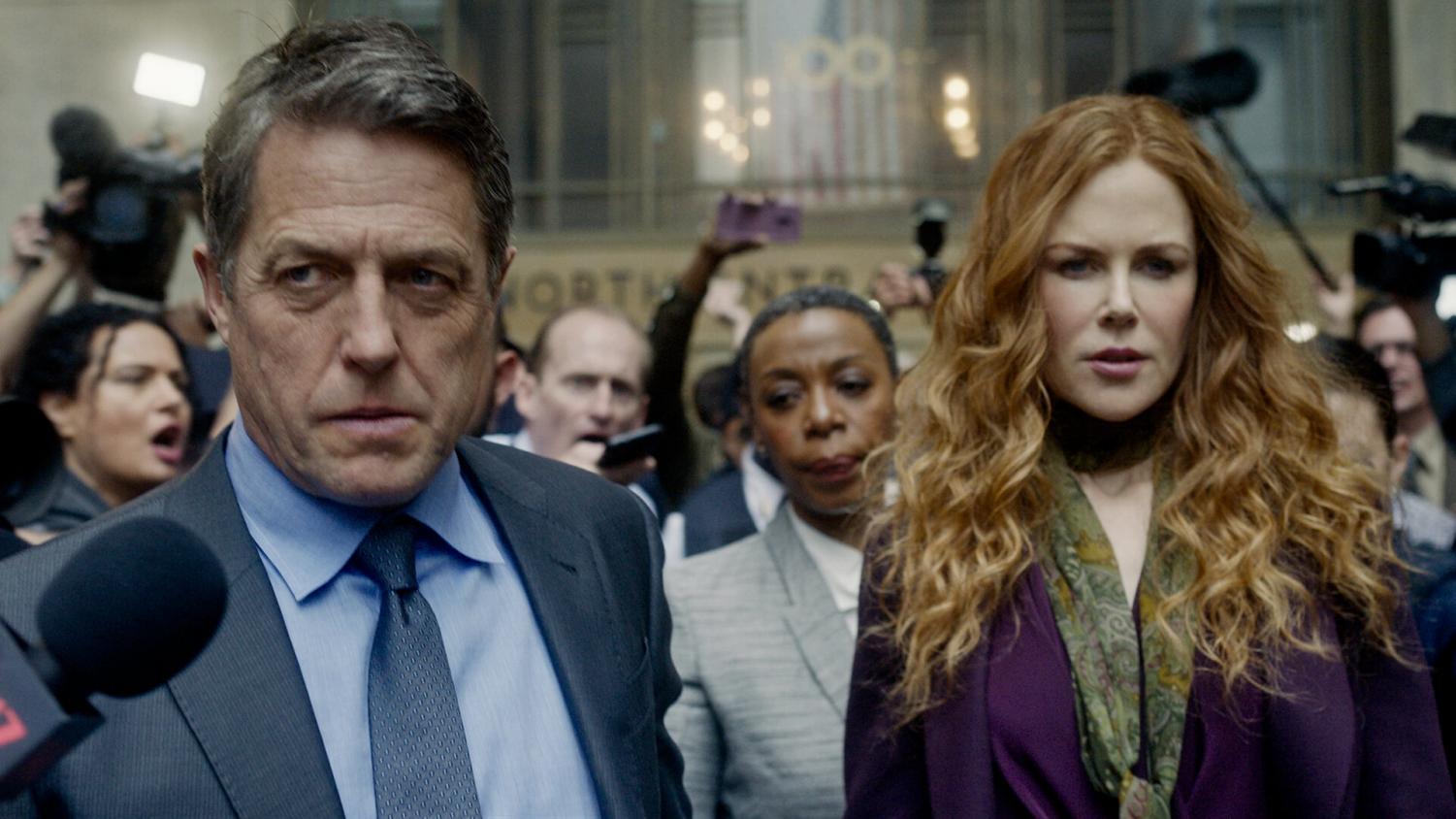 Still of Jonathan (Hugh Grant), Grace (Nicole Kidman), and Haley (Noma Dumezweni) being hounded by the press outside the courtroom on “The Undoing” (Photo courtesy of HBO).

Still of Jonathan (Hugh Grant), Grace (Nicole Kidman), and Haley (Noma Dumezweni) being hounded by the press outside the courtroom on “The Undoing” (Photo courtesy of HBO).

HBO’s “The Undoing”: the perfect combination between manic murder and socialite mayhem (review)

The two things I love most in this world are true crime and dramatic television; HBO’s new show “The Undoing” takes these two concepts and catapults them to the next level. This new psychological thriller miniseries stars heavy hitters Nicole Kidman and Hugh Grant and is undoubtedly the murder mystery of the year. The show revolves around spouses Grace (Kidman) and Jonathan (Grant) whose lives are seemingly destroyed when a young mother and woman they both knew, Elena, is found dead in her art studio.

I will admit I did not start watching “The Undoing” because of the plot or the reviews, but because I was a big fan of one of the supporting actresses, Lily Rabe. The intricately detailed plot, clean camera shots and the obsession over who took Elena’s life is what kept me going throughout the season. The murder rocks the community of the wealthy private school which Grace and Jonathan’ son attend and eventually garners the attention of the national media. The series takes a dive into the psychology behind what it means to love, to trust and most importantly, how to beware of the monsters you may be protecting.

Set in grey, snowy, modern-day Manhattan, Grace Fraser’s life seems perfect (she’s filthy rich, has a doting oncologist husband who cures childhood cancer for a living and an extremely intelligent son). Her life soon turns to shambles when the man she loved turns out to be a liar and her father and son are hiding things, not to mention the police following her everywhere she goes. As Elena’s murder sends a shockwave through this community of people, everyone seeminlgy collapses, and their lives become undone by the consequences of their actions all boiling down to this one incident.

One place where this show excelled was the sheer number of phenomenal performances. There was genuinely not one actor I disliked throughout the whole thing. Kidman killed it, as always, with an authenticity and vulnerability that never fails to amaze me. Noah Jupe, who plays Grace and Jonathan’s son Henry, might be honestly one of the best kid actors I have ever seen. He also had the most believable American accent on the show. I would’ve done anything for that character, and I felt so bad for the position he was put in because of his father being accused. Noma Dumezweni was also phenomenal, who played Jonathan’s lawyer Haley Fitzgerald, and brought both a calculating intimidation to the character as well as humanity and passion for her occupation. For me, Donald Sutherland won the whole thing. The close up on Donald Sutherland’s face as he very quietly yet coldy spoke the words, “You have not yet met ugliness” quite literally sent shivers down my spine.

This show turned out to be one of the most carefully planned murder mysteries I’ve ever seen. I struggled so much with believing that the individual they framed for Elena’s murder was the one that actually did it. Sure, there was evidence stacked against them, but not nearly enough physical evidence to convict in court. On top of it all, the show did an excellent job of creating moments that had you questioning the innocence of other characters. For me, that was one of the reasons why this show was so good; I was never bored with the mystery aspect of it. My craving for blood and gore was met, rather exceeded, and my need for some serious courtroom drama was definitely fulfilled. Director Suzanne Bier definitely deserves an Emmy nomination for the way she expertly crafted each scene.

I have to commend this show for keeping my mind constantly moving, as there was never a dull moment when watching. I had a plethora of questions, and every one of them was answered. Why do we as a society let the rich get away with anything, even when they deserve to sit behind bars forever? Does it take a complete disaster that ruins your life for you to realize the way you should have been living all along? At what point is justice actually just those in authority making grave assumptions about a crime in which very little evidence is available? Despite being maybe too deep for just a television show, the plot really stretched my mind. By the end of it all, I was thoroughly engaged with everything happening.

Was the very end the most amazing thing the writers could’ve come up with? Not really. I feel it was a bit of a let down from the suspense I built up to that point.  The rest of the show was so good that I didn’t even care about my slight dissatisfaction with the way things were left. Between phenomenal performances from so many actors, a suspenseful plot and interesting characters who had clear arcs and intentions, I was left really pleased with what I’d seen. If you’re looking for something dramatic and addictive this holiday season, “The Undoing” is certainly for you, and I have no doubt it will garner some impressive awards nominations within the next year.