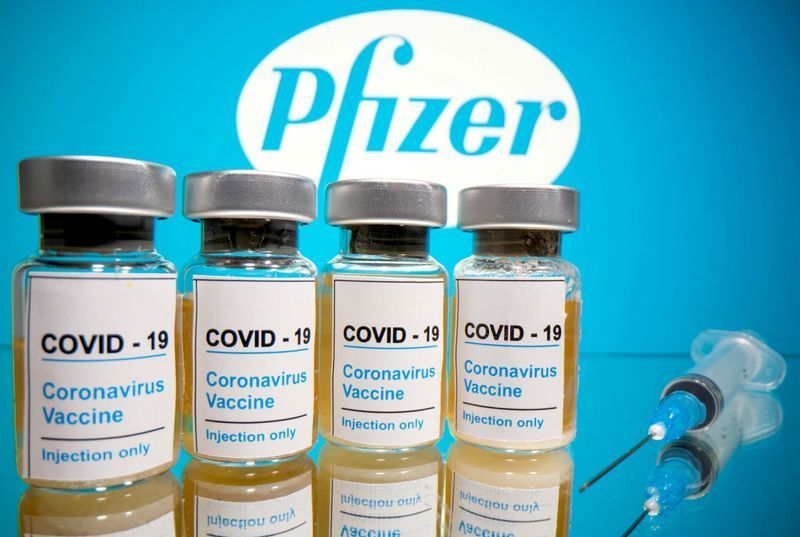 The FDA meets on Dec. 10 to discuss the consideration of authorizing the emergency use of the Pfizer and BioNTech COVID-19 vaccine for the United States. (REUTERS licensed under C.C. 2.0)

The FDA meets on Dec. 10 to discuss the consideration of authorizing the emergency use of the Pfizer and BioNTech COVID-19 vaccine for the United States.

On Dec. 11, the Food and Drug Administration (FDA) confirmed their approval of the COVID-19 vaccine produced by American pharmaceutical company Pfizer and German biotechnology company BioNTech.

“I am cautiously optimistic to see America begin the return to normalcy after the approval and administration of the vaccine,” junior Valerie Weinshenker said. “Schools and other currently closed places will be able to open, as the vaccine should help put an end to the pandemic.”

On Dec. 10, the FDA vaccine advisory panel composed of doctors, scientific experts and statisticians met in an open session to discuss the emergency use of the vaccine. The final vote of 17 to four confirmed the recommendation for the authorized use of the vaccine. This was the last step before the FDA could approve the first distribution of doses throughout the United States.

“We think it’s very important for transparency,” the head of the FDA Stephen Hahn said on TODAY.  “We’re the only regulatory agency in the world that has a public vetting of the data. We’re not cutting corners in terms of our assessment.  If there’s an authorization that’s upcoming, we have to continue to monitor and to have surveillance.”

The United States has pre-ordered one hundred million dosages of the vaccine and has a strict plan for the inoculations. The FDA must approve the vaccine through a specific process before it is distributed. This long process included a close analysis of raw data from clinical trials and technical information of the vaccine.

“Having the FDA go through this in detail is good,” York alum and consultant at World Health Organization Ponnu Padiyara said. “Because it inspires more public trust and that’s the number one thing we need in vaccines. If public trust is inspired a little bit more then I would say the process has been worth it. And you can never be too careful in a review of data analysis.”

Pfizer claimed the vaccine is 94% effective beginning 28 days after the first dose. Data demonstrated that the vaccine was well tolerated for over 44,000 trial participants and no serious safety concerns were observed. However, people still contain concerns regarding the effectiveness and safety of the vaccine because the vaccine was created in a span of 10 months, far less than the average time of 10-12 years.

“Even if trials show that nothing negative happens immediately or short after we don’t know what could happen long term down the road,” junior Paulo Nicoli said. “It might not be worth the risk for certain groups. 10, 20 or even 30 or more so years down the road it could cause some serious issues.”

The York community has faced challenges with remote learning and adapting to the pandemic. The administration panel met on Dec. 10 to discuss the second semester and plans regarding the confirmation of the vaccine.

“Nothing has really been finalized yet but once we look at the data, it won’t just be York High School opening up with no masks,” Principal Dr. Shahe Bagdesarian said. “You’ll see it done more systematically from a larger scale. There’s a lot of unanswered questions; but, it is looking bright and that’ll help us get back to a more normal school setting.”