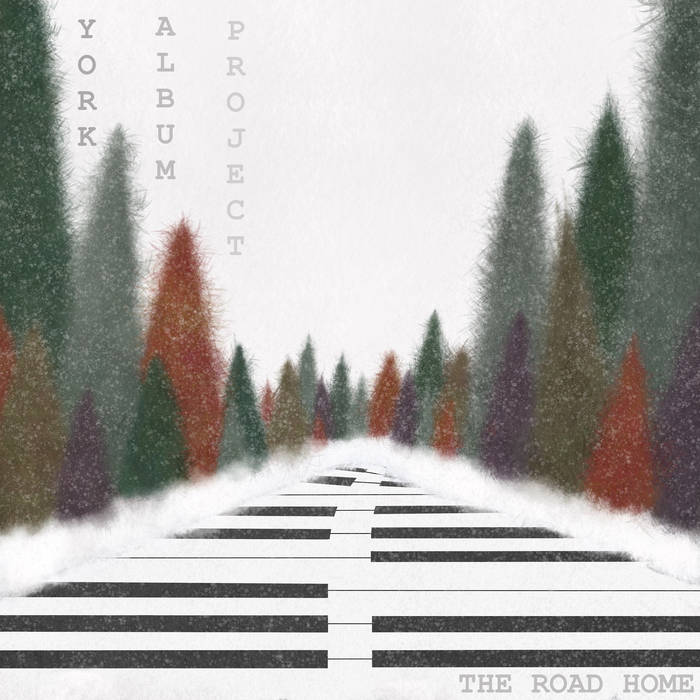 The Amateur Musicians Club proved that not even a pandemic will stop them from bringing the music with the release of the Winter Album Project titled “The Road Home” on Jan 21.

Featuring selections from 13 York musicians across genres and styles, “The Road Home” is the culmination of a difficult year spent apart from friends and family. The album is not held back by the circumstances that surrounded its production. Instead, each track plays as a celebration of all that these musicians have accomplished and serves as a cathartic release of the emotions many students have felt over the course of the past year.

“As teenagers, we’ve gone through numerous historic events before we’ve hit basic personal milestones,” sophomore Album Project artist Quinn Olson said. “Music has helped me figure out how I feel about everything going on around me and lets me put my negative feelings in a safe space, instead of in a place like social media where conflict is bound to happen.”

Of course, releasing an album in the midst of a pandemic is no small feat. Music teacher and Amateur Musicians sponsor Christopher Gemkow began brainstorming a possible Album Project with club members back in the fall. Lke many things over the last year, the Winter Album Project began as an idea in a Zoom meeting.

“I was sitting on a Zoom call with [club members] and I remember talking to a couple students and saying ‘I think we should make an album,’” Gemkow said. “And from that moment on, my goal that semester was to continue the work on the Album Project.”

In year’s past, the songs for the Album Project have been recorded by Amateur Musicians Club members in house in York’s music lab. The circumstances of the year brought the Album Project to the studio of York alumnus and professional music producer Grant Mitchell, who’s history with the project stretches back to the very beginning. Mitchell was featured on the first track of the first Album Project released in 2015, making it only fitting he would have an important role in recording and producing every track on this year’s release and helping a new generation of student musicians share their music.

“I had so much fun in Amateur Musicians Club; those were all my friends in high school.” Mitchell said. “So being able to then work on this project, [was] almost as a thank you to what that experience was like for me in high school, and how much it helped me as a musician and as a person. But also, it was really awesome to work with people who maybe have never been in a studio before who are just experiencing it for the first time and getting to see their excitement.”

In a challenging year, “The Road Home“ stands as a showcase of York musician’s willingness to adapt and overcome, with the talent and passion of each musician shining through on each track.

“My favorite part of working on this project was the support we all received.” said Olson “It feels incredible to work so hard on something and have other people love it. To have such a deeply personal experience be validated by the people you love is an incredible feeling. It was my favorite part last year and it was this year as well.”

Listen to “The Road Home” here on the official York Album Project Bandcamp and follow the Album Project Instagram to keep up to date on all things York music.