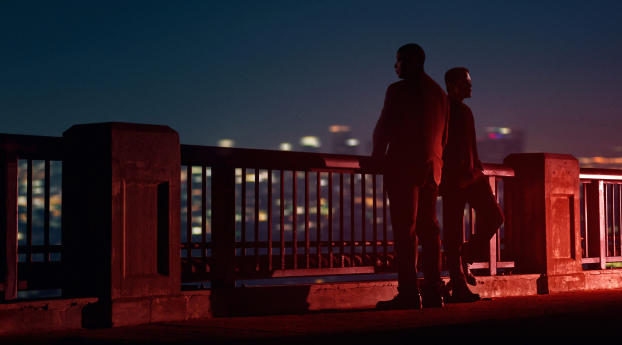 Though it took almost thirty years of development, multiple rewrites and rejections from countless Hollywood directors, “The Little Things” finally landed in theatres and on streaming services January 29. Director John Lee Hancock, known best for films like “The Blind Side” and “Saving Mr. Banks”, takes a dive into a more gripping genre, mixing murder and nostalgia in a story that, despite its potential, falls flat in numerous places.

“The Little Things” follows Deputy Sheriff John “Deke” Deacon (Denzel Washington), a former detective, and new recruit Jim Baxter (Rami Malek) as they try to solve a string of serial murders plaguing the Los Angeles area. Throughout the plot, Deacon and Baxter battle the weight of avenging those murdered while preserving their own sanity and personal relationships. The deeper they get into the cases, the two have to determine just how far they would go to finish the job. As the story explains, it’s the little things that tip off detectives to a serial murderer’s patterns.

I have to admit that I had high expectations when I sat down to watch this film. The second I heard the combination of Washington, Malek, Leto and a serial killer mystery, I was hooked. The trailer paints this film as one of intensity, excitement and gripping, murderous plot points, but that was merely an appearance. It was a tale of redemption for those that let their inner demons eat away at their psyche. That in itself is a really cool concept, and had they made the movie seem like that sort of story from the trailers and publicity, I would’ve been more willing to buy into it.The initial interest I had should’ve been enough to keep me going throughout, but I was left sitting in anticipation for the big climax right up until the film ended. It had no rise and fall like a good thriller should, and makes me question whether or not Hancock was the right director for this kind of film or whether he should stick to root-for-the-underdog type stories.

When it came to performances, Leto stole the show for me. As for Washington some of the time and Malek a lot of the time, their characters lacked any sort of explanation as to why we should root for them at all. Both are plagued with the idea of being the “angel”, or the savior and avenger for every woman murdered by this killer, and it drives them to sacrifice almost everything. That’s a great starting concept, but the writing didn’t do enough to elaborate on it or make me want to sympathize with those characters when they found themselves in perilous situations. They left me with a feeling of insignificance, which could be a fault of both the actors portraying them and the writers creating them.

Leto, on the other hand, had me intrigued from the moment he appeared on screen, which many critics would seriously disagree with. He played the deviously cunning Albert Sparma, a repair man linked to the murders by Deacon and Baxter. As the film unwrapped, Sparma gained more and more control over the two detectives, toying with them like puppets as they searched for anything that would’ve pinned Sparma to the crime. Sparma’s sort of a metaphor for the darkness and drive that ate up Deacon, Baxter and so many detectives like them who are just trying to avenge the deaths of the murdered. Leto’s performance was anything but predictable. I never knew what path he was going to lead Deacon and Baxter down next, and that kept me completely on edge and moderately anxious.

For whatever reason, this film gave me a weird sense of deja vu. It felt like it popped right out of the nineties, but usually in a cheesy way. The score continually reminded me of the Will Smith film “The Pursuit of Happyness” with its cold, high piano melodies and vapid feeling within each song, but then there were moments of horror film music that got me excited for something crazy to happen. The editing was so jarring that it gave me motion sickness at some points. There was also, to an extent, a suspension of disbelief that the viewer had to apply while watching the movie. Some of the ways that the plot developed, especially the decisions some of the detectives made regarding the crime scenes, required one to not ask too many questions or get too nit-picky. That’s easy to do with some films that distract you with other remarkable elements, but with the flat nature of this film, it was almost feeding you an opportunity to pick it apart.

Overall, I’d give this film a six out of ten. It didn’t meet the standards of a lot of other thrillers that have come out within the past decade, which is likely due to the fact that it’s stuck in the decade it was written in. Would I recommend that you watch it? Absolutely. Build your own opinion and maybe even prove me wrong. I know some people that absolutely loved this film. Maybe they’re more susceptible to that suspension of disbelief than I am. Overall, the intensity I was looking to transfer from the trailer to the film itself was sorely lacking.