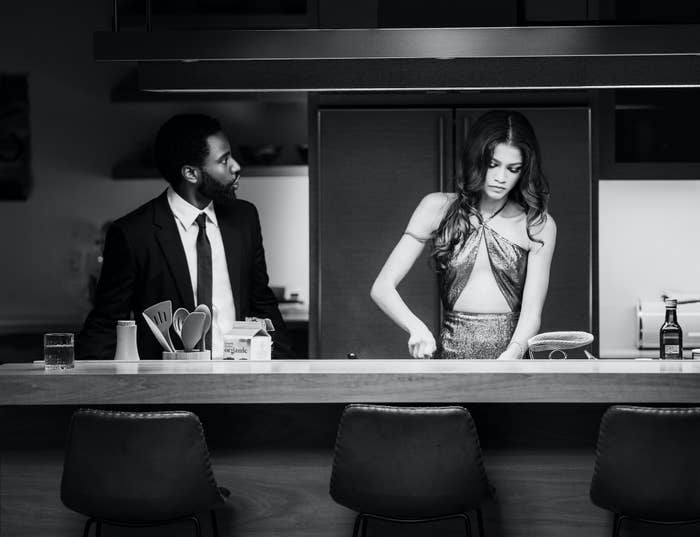 If you watched Noah Baumbach’s “Marriage Story” last year, you may recall the iconic fight scene. While the whole movie details an ugly divorce and a complex relationship, every harsh, screaming word inhabits one scene. Sam Levinson’s “Malcom & Marie” similarly chronicles a toxic relationship, however, the whole film follows one long screaming match where the titular characters air their grievances in wordy monologues against one another. Netflix’s new feature ended up being a shallow and frankly boring attempt to display a relationship riddled with issues.

“Malcom & Marie” begins following the screening of Malcom’s (John David Washington) successful movie. His excitement illicites an opposite response in his girlfriend, Marie (Zendaya) and a contentious argument begins. The two angrily bicker and insult one another long into the night, revealing the underlying tension of their relationship.

Neither member of the two person cast impressed or dazzled in “Malcom & Marie”. Washington spent a majority of the runtime rampaging against everything under the sun or mercilessly taunting his screen partner. Neither cruel reaction seemed motivated, and his Malcom lacked the depth needed for the audience to sympathize with or even understand him. Zendaya fared a little better as she expressed frustration with her partner at the lack of recognition for her in his career. While her characterization seemed to end after Marie’s desire to find purpose within her relationship, it was easier to understand why she constantly criticized and stayed with Malcom.

“The acting in ‘Malcom & Marie’ was good, but after 30 minutes of seeing the couple argue, the plot became exhausting,” senior Katie McCann said. “You didn’t know who to root for or against while you waited for a resolution and a glimpse of their happiness.”

The pandemic impacted the production of  “Malcom & Marie” as it only included 22 people on the production team. The whole film took place in a single house, and it was shot in black and white to cover up the sparse furnishings. Nevertheless, the cinematography looked stunning throughout.

Sam Levinson’s screenplay frequently rails against identity politics in movie criticism through Malcom. Levinson’s handy mouthpiece rants against a “white lady from the LA Times” who wrote a review for Malcom’s movie, critiquing his glorification of violence against women. Malcom constantly insults the woman’s intelligence and legitimacy as a film critic because of her writings. This angry rampage may mirror a similar run-in Levinson had with the LA Times. While a discussion surrounding how identity politics inform our opinion of a movie, Levinson’s shallow take on the topic feels like cheap cover up for his own poor interactions with the press and the misogyny fraught throughout “Malcom & Marie”.

“‘Malcom & Marie’ was a mess,” senior Tessa Olson said. “The cinematography is pretty and so is Zendaya, but there was no character development, the dialogue was a mess and the performances were weak. I hope Sam Levinson will live up to his ‘Euphoria’ success on his next project.”

While “Malcom & Marie” introduced a myriad of controversies, the conversations surrounding it remained more interesting than the movie itself. While Levinson created an interesting pandemic piece with potentially dynamic characters, “Malcom & Marie” fell short with an utter lack of nuance or depth in a toxic relationship portrayed through a vapid male gaze.