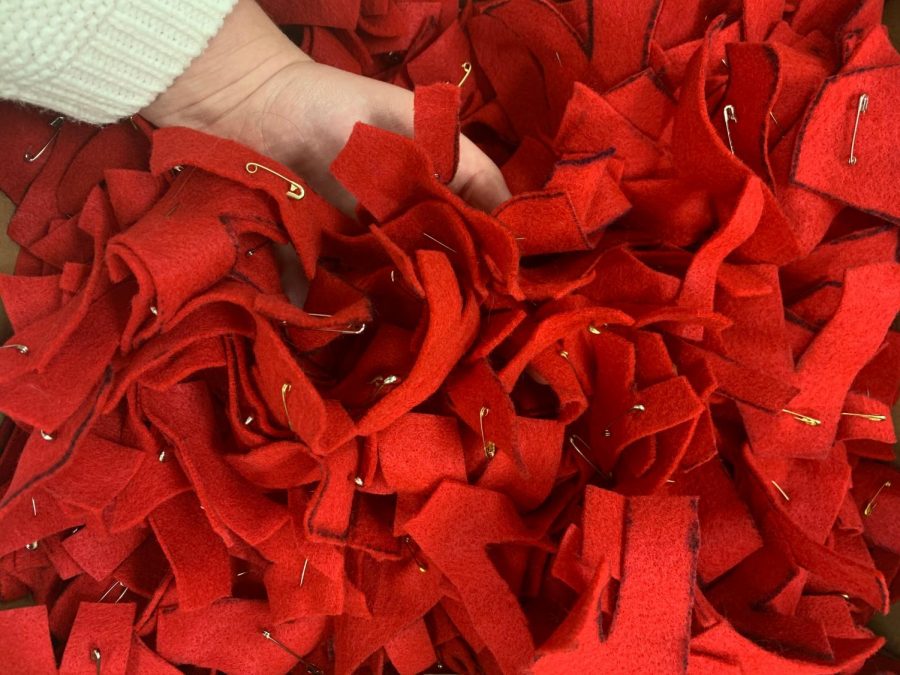 Each year, EMPOWER hands out red hearts to students as they enter through the academic doors.

For many people, Feb. 14 is synonymous with Valentine’s day, but as most York students know, it is also a day of female empowerment. For several years Empower Club has put in lots of work over the years to educate everyone on what V-day is. V-day is a global activist movement that was created to end violence against women. Every year the Empower Club makes posters and provides other educational resources to inform students of the purpose of V-day. In previous years, Empower Club members and other supporters wear all black and red v’s supplied by the Club. “I’ve always liked seeing the support many teachers would give Empower by wearing v’s,” senior Zoe Daniel said. “It really made me feel like my actions were making an impact.”

When living in a world where one in three women globally experience sexual or physical violence during her lifetime V-Day is a relevant movement. Gender-based violence has always been a problem but despite this, there has been increasing in cases being reported. This is because society overlooks these crimes. This is why V-day and its supporters work so hard to shed light on the issue.

“The point of V-Day is to give survivors of sexual assault a platform and share statistics with the school,” junior Amelia Moroney said.

Sexual violence is an extremely pertinent problem for everyone, this includes high school students. One in five American women have experienced completed or attempted rape during their lifetime, and one in three female rape victims experienced it for the first time between 11-17 years old.

“I think it’s good for York students to learn about it [domestic violence] so they can notice the different signs in a relationship to know if it is healthy and safe,” junior Tala Eisouh said. “It’s also just good to be aware of what’s happening in this world.”

Without the ability to hang up posters or even see students in person this year, it is much more difficult to spread awareness, female rape victims experienced it for the first time between 11-17 years old. This year Empower Club utilized their social media to inform York students about the importance of V-Day and what it stands for.

“Because we are completely remote this year, we didn’t get to hand out red v’s at the front door, instead we put together a video on our Instagram sharing statistics,” Moroney said.

Empower had a handful of their members record themselves talking about different statistics and facts regarding V-Day and domestic violence. V-Day had to be celebrated differently this year, but it served the same informational importance to the York community.

“It was a bummer to not be able to see support in the York community with v’s pinned to clothing,” Daniels said. “We still felt like we were doing our best with the means we had.”