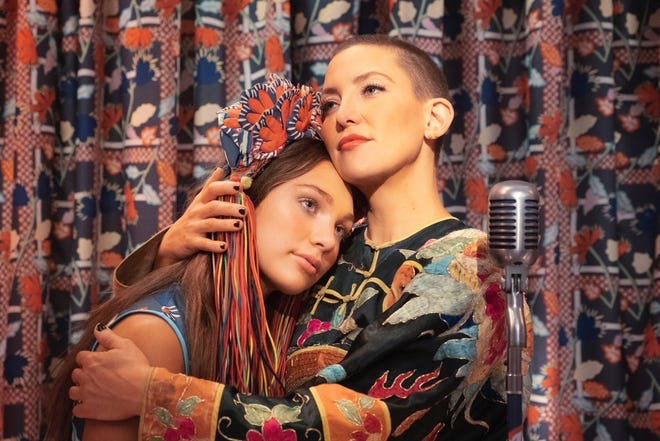 Best known for her bobbed wig with long bangs that shield her eyes, Australian pop star Sia has never been one to involve herself in Hollywood drama or invoke a controversy. The singer has been writing and releasing albums since the late 1990s, but she rose to international stardom with the release of her 2014 hit single “Chandelier”. Since then, she’s cemented herself as a prominent figure in the pop music scene, though her most recent film “Music” has many fans denouncing her for good.

Sia has made her directorial debut with “Music”, a new film about a former drug dealer named Zu who suddenly becomes responsible for caring for her half-sister Music, a young girl with a type of non-verbal autism. Throughout the film, musical elements are incorporated to portray the way Music views the world through her eyes. It isn’t the concept that has fans raging, but rather the casting of Maddie Ziegler, a non-autistic dancer and actress, as the role of Music, which some people have seen as a limiting of opportunities for actors who are actually on the spectrum. On top of it all, the autistic community has come out to denounce Ziegler’s portrayal of Music as an autistic person, emphasizing the almost mocking way in which she embodies a young person with autism.

“Personally, I feel that the representation of the special needs community was misrepresented,” York Best Buddies president Taylor Headley said. “Some actors accurately and respectfully represent the special needs community without having a disability, but they all have the proper training to help them gain a deeper understanding of the challenges those disabilities present. Having an actor who has autism would have shed light on the subject and offered a first-hand perspective instead of an inaccurate portrayal.”

One scene that critics of the film are quick to point out as a flaw in the film’s portrayal of autistic people depicts Ebo Odom, one of Zu’s new friends, restraining Music as she thrashes and fights to break free. Ebo’s rationale for this is to calm her down, yet in the real world, such behavior is extremely restrictive to the physicality of autistic people and is usually only used when individuals are causing harm to themselves or others. There was even an incident in 2013 where a young boy with autism was restrained by some of the staff members at his school, which led to his suffocation. Ziegler’s general movements while playing Music were also seen as mocking autistic people rather than actually properly representing them.

“Another major concern is that the caretaker of Ziegler is quick to use body restraint when Ziegler’s character is heightened,” Best Buddies sponsor Meghan Ausnehmer said. “Restraints are historically used as a last resort when someone could present as a danger to themselves or others. Verbal de-escalation strategies are highly encouraged as well as the use of visuals if an individual with autism is sensitive to sound. It is crucial for people that interact with individuals who have autism to take time to learn his or her preferred method of communication and calming techniques.”

Despite the controversy surrounding it, the film was nominated for two Golden Globe awards; Best Motion Picture– Musical or Comedy and Best Actress in a Motion Picture for Kate Hudson, who played Zu. Though the film won neither award, there was a petition circulating around the internet to have the nominations rescinded due to the offense many took to its portrayal of people with disabilities.

“Based on the controversy of the film, I do not feel it should be nominated for those awards, and their consideration should be revoked,” Headley said. “Not only does it misrepresent the special needs community, but it also may act as a negative influence to people who obtain special needs as well. While it is important to provide accurate information to viewers of the film, it is more important that people who have autism, and families of autistic children feel inspired and not upset.”

How does this change her music for her fans? Some now refuse to listen to anything Sia releases, while others recognize the controversy at hand and are working to separate her mistake from her music. The way her fans listen to her music has definitely changed, for better or for worse.

“Although I have admired her, I do not believe it excuses her casting choices within her movie and her responses to people’s genuine concerns about her film,” senior Meagan Maiers said. “Because of this large oversight, as a past admirer, I have started to lean away from her music and find different artists to support. I do not want to support someone who cannot see where she went wrong with a casting that offends more people than it supports.”

The scandal surrounding “Music” doesn’t seem to shock anyone given the new prevalence cancel culture has in the media and with celebrities. Before deleting her Twitter account, Sia made some comments towards critics of the movie, which only garnered more backlash and hate. If anything, this film has caused more people to analyze the ways Hollywood sometimes lacks inclusivity when it comes to disabled people and actors.

“In general, Hollywood may need to broaden its perspective, but there are also many films that excelled at accurately representing the special needs community,” Headley said. “For films that are focused on disabilities, actors who have those disabilities should be hired if possible. Not only will it give the films a better perspective, but it will also act as a voice in the special needs community. Many with disabilities are unable to use their voice to advocate for themselves so having someone who shares their struggles represent them and their disability speaks numbers.”