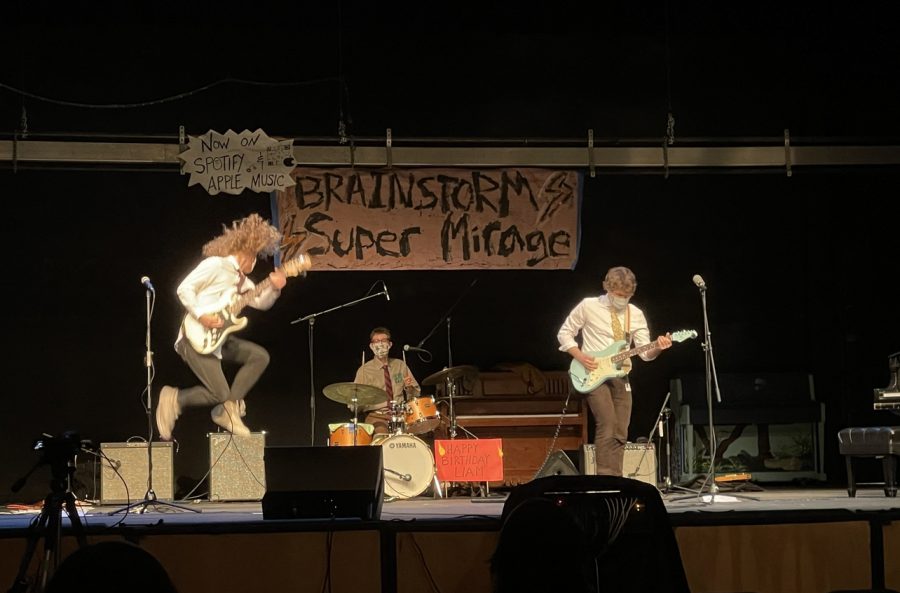 Members of the bands Yolkdrop and Brainstorm performed on the auditorium stage on Friday during sixth period, which was streamed on YouTube Live. Their performance marks the first of this year’s “Fine Arts Month”, a celebration of the arts to last the duration of March. Many of the members of both bands are York alums.

With the resume of state series events and the beginning of spring, York students and staff continue to expand their activity in the school and community. Ranging from blossoming buds in the York Garden to performances in the auditorium as a part of York’s Fine Arts Month, a sense of normalcy is starting to bloom in Elmhurst.