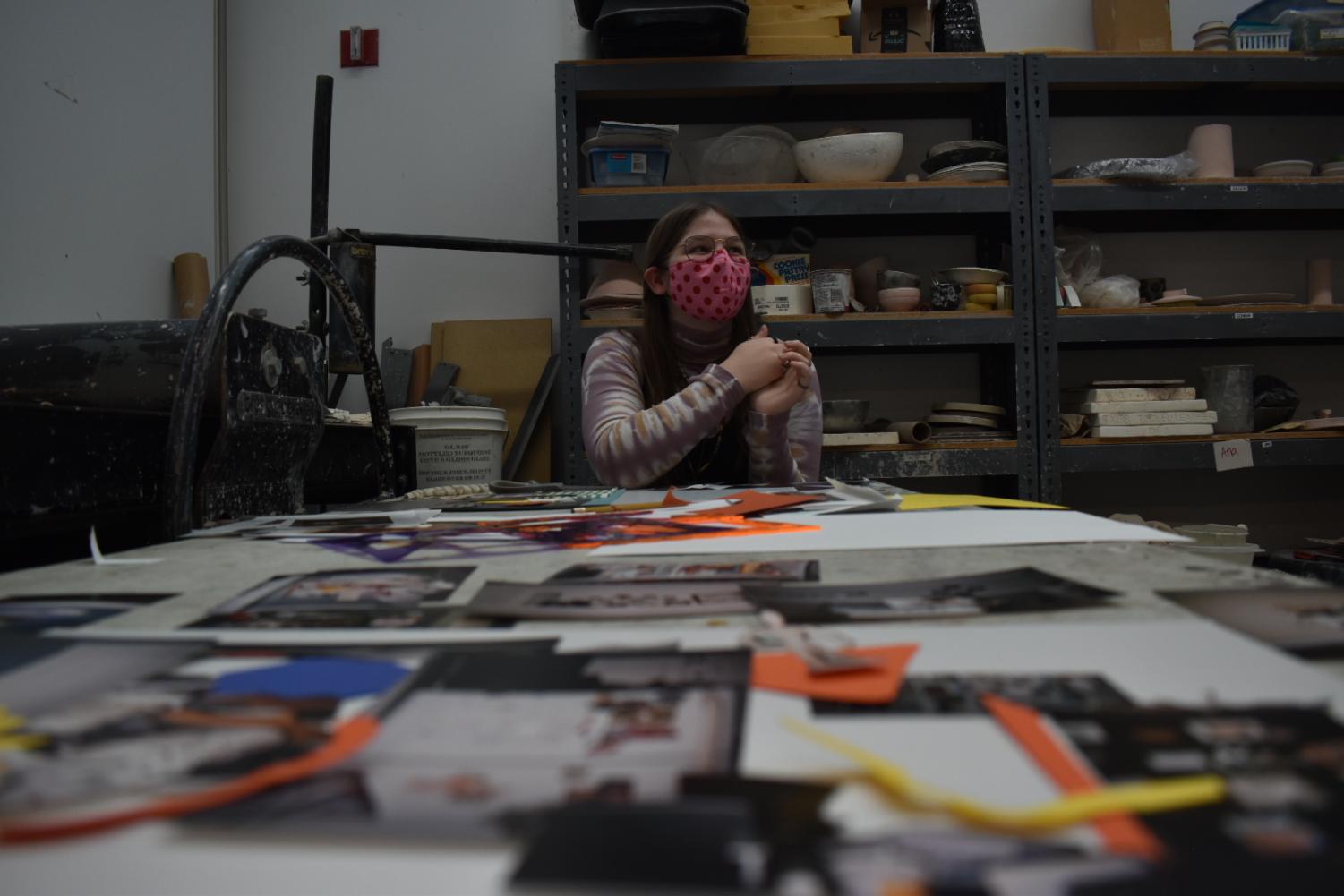 York Senior April Fatheree, member of the Elmhurst Art Museum’s Teen Art Council, works on a collage piece to be displayed in the museum’s upcoming exhibition “In Focus: The Chicago Freedom Movement and the Fight for Fair Housing”. The exhibition opens March 4 and will feature artwork created by both Teen Art Council and Black Student Union + Allies members. (Photo by Hannah Lonergan)

York Senior April Fatheree, member of the Elmhurst Art Museum’s Teen Art Council, works on a collage piece to be displayed in the museum’s upcoming exhibition “In Focus: The Chicago Freedom Movement and the Fight for Fair Housing”. The exhibition opens March 4 and will feature artwork created by both Teen Art Council and Black Student Union + Allies members.

March 4 marked the opening of the Elmhurst Art Museum’s new exhibition, “In Focus: The Chicago Freedom Movement and the Fight for Fair Housing,” which features photographs taken by Bernard Kleina over the course of the Chicago Freedom Movement in the 60s. Also in the exhibition is a collaborative project between the Design Museum of Chicago, York High School’s Black Student Union + Allies and the museum’s Teen Art Council.

The Chicago Freedom Movement, led by Martin Luther King Jr., James Bevel and Al Raby, aimed to combat systematic segregation and racial discrimination in the Chicagoland area. Its nonviolent protests, rallies and marches spanned from 1965 to 1967, addressing issues such as disparities in housing, medical care, employment and education faced by Black Chicagoans. The movement is largely credited with the passage of the Fair Housing Act in 1968.

Bernard Kleina was not a professional photographer but a priest living in DuPage County at the time of the Chicago Freedom Movement. Having previously photographed the three Selma to Montgomery marches in Alabama, led by Martin Luther King Jr., Kleina continued to document parts of the Civil Rights Movement upon King’s arrival in Chicago.

“Photography is kind of this throughline, or a way to tell that story, and how it’s relevant to today as well,” Joseph Hladik, Director of Education at the Elmhurst Art Museum, said. “What we’re doing with the collaboration between the Design Museum of Chicago, Teen Art Council and York High School’s Black Student Union is really taking those same concepts [that Kleina photographed] and translating them into how they are relevant today.”

Black Student Union + Allies and the Teen Art Council, both comprised of York High School students, were given a Martin Luther King Jr. quote to interpret through photographs of the students’ homes, building onto the topic of housing that is present throughout the exhibition:

“Our power is not in violence. Our power is in our unity, the focus of our souls, and the determination of our bodies. This is a force that no army can overcome, for there is nothing more powerful in the world than the surge of unarmed truth” (Dr. Martin Luther King Jr., 1966).

The photos taken by the students represented their own relationships with their homes, which they then related to the quote by Dr. King in the form of abstract collages. Students used parts of their printed images, along with materials like construction paper, newspaper clippings and fabric, to create their pieces.

Junior Haley Sandoval, a Black Student Union + Allies member, took inspiration from King’s messages of solidarity and concord for her contribution to the project.

“After reading the MLK quote, the first thing that came to mind was togetherness, the amount of power we have as a whole,” Sandoval said. “But within that whole, there is individuality that strengthens that power. That’s what I wanted to express in my collage. Behind every individual, there’s an unspoken truth. Behind every unit, there’s focus and determination that can overcome any obstacle.”

The exhibition raises discussions about the history of racial discrimination not only in the Chicagoland area but also in Elmhurst itself. Beside Bernard Kleina’s photographs of Chicago Freedom Movement protests and rallies hang panels detailing the stories of Black Chicago and Elmhurst residents, maps of housing districts and newspaper articles from throughout the 1960s, all of which paint pictures of racial prejudice.

“[Discrimination and inequality in the housing market] was an issue that Martin Luther King Jr. worked to raise awareness about during his era in the Civil Rights Movement and something we, sadly, still see as a major issue in our city today,” Black Student Union + Allies sponsor Erin O’Connor said. “These young people are raising their voice to spread awareness about this issue, and I hope the public hears their voice and stands with them.”

Seventeen York students have work on display in the exhibition, which will be open at the Elmhurst Art Museum through June 20. For more information or to purchase tickets in advance, visit elmhurstartmuseum.org. 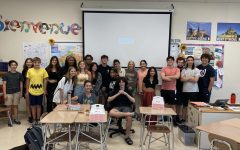