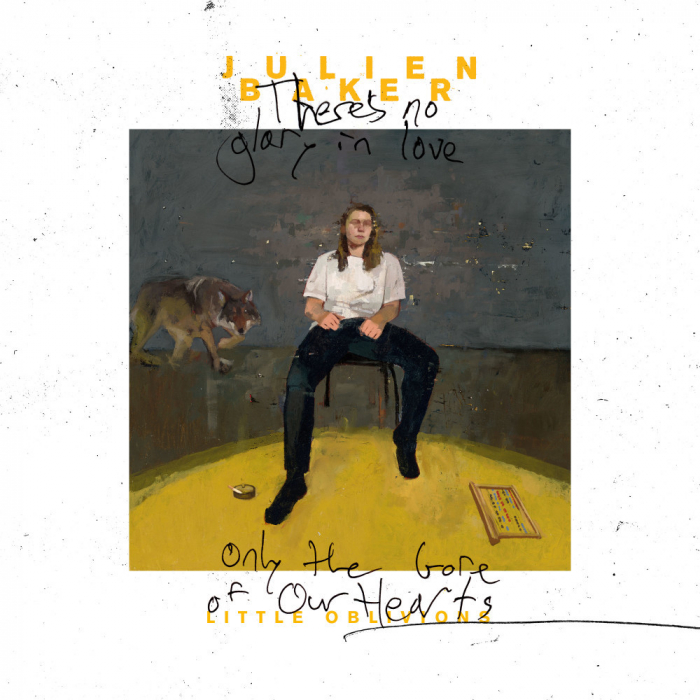 Baker, 25, has achieved cult status in indie music circles over the last few years for her unashamed and confessional brand of songwriting. Her previous works both as a solo artist and as one-third of indie supergroup boygenius alongside Phoebe Bridgers and Lucy Dacus have been characterized mostly by stripped down instrumentals paired with haunting and emotive vocals laid over top.

“Little Oblivions” sees Baker foray into indie rock territory as she embraces more lush and full sounding arrangements. Though the album’s overall feel is more accessible than her previous releases, the earnestness of the lyrics reveal that beneath the sweeping soundscapes lies the same Baker.

Baker’s music often toes the line between a state of tranquil catharsis and absolute devastation, and “Little Oblivions” is no exception. Over the course of the album’s 12 tracks, Baker lays bare her vulnerabilities as she contemplates loss, addiction and her fears of losing control in an unpredictable world. On the album’s opener “Hardline” she sings, “I’m telling my own fortune, something I cannot escape. I can see where this is going, but I can’t find the brake.”

Standout tracks include “Crying Wolf” with its fluttering, reverb-laden guitars and the gently pulsating “Repeat”. My personal favorite is the album’s eighth track “Favor”, which sees Baker exploring self sabotage and insecurity as she grapples with finding her place in a world that is as often unforgiving. These themes are the core of much of Baker’s work as well as that of her contemporaries, making it only fitting this track would incorporate backing vocals from boygenius bandmates Phoebe Bridgers and Lucy Dacus. The layered vocal approach and ambient production throughout combine to make this one of the strongest and most impactful tracks on the album.

Overall, “Little Oblivions” gets a nine out of ten from me. The album sees an artist already wise beyond her years mature even further, as the ever introspective Baker continues to drop devastating lyrical hand grenades that will stick in your mind and stay there long after the album’s conclusion. It’s easily one of my favorite releases of the year so far and has vaulted seeing a Julien Baker concert to the top of my post-pandemic to do list. Though the album doesn’t stray too far from the tried and true methods of indie rock, it doesn’t need to. The strength of Baker’s songwriting and authentic delivery propel the album from start to finish over an arresting blend of rich pop and rock arrangements that pull the listener in and refuse to let go.

You can listen to “Little Oblivions” on all major streaming services now.