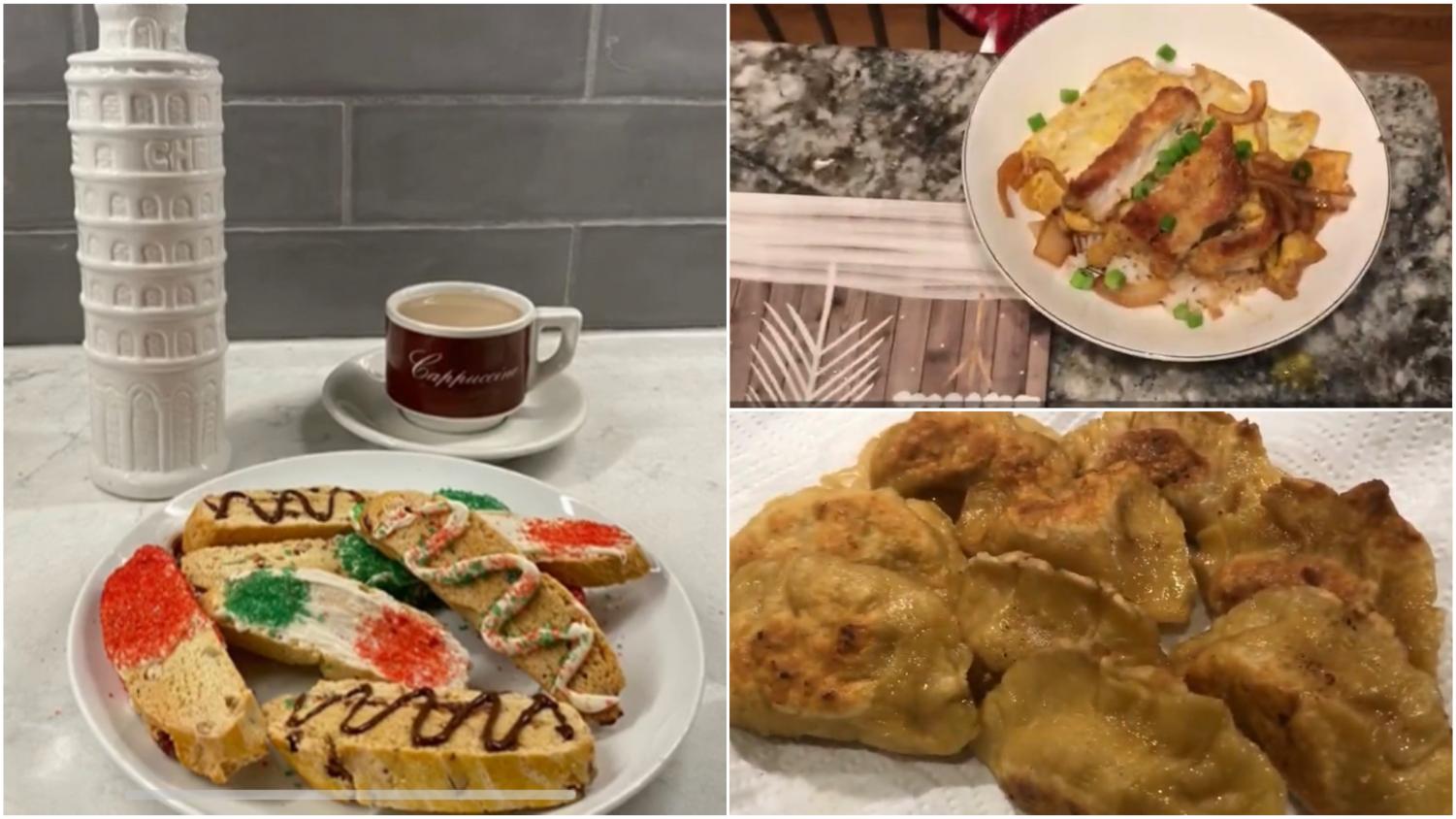 The International Club announces winners for their International Cook Off competition where clubs could submit videos of a recipe significant to them. Recipe videos were made in a video style format similar to those in Tasty recipe videos created by Buzzfeed.

Students selected a recipe significant to their club and created a short engaging video on how to make the selected dish. Juliana Moran’s Biscotti recipe video with Italian Club was in first place. Japanese Culture and Animation Club’s Katsudon recipe video made by Nathanial Moore was in second place and Stephanie Yang’s Potato Pierogies recipe video from International Club was in third place.

“I chose to make biscotti because they are a family favorite and not too difficult,” Moran said. “The Italian culture is very centered around good food, friends and family which is what we like to share with all members of Italian club.”

The International Club would usually hold an annual potluck where people could bring in dishes from various cultures. This year, they opted to hold a virtual cook off and create an international virtual cookbook. Cook off contestants used recipes significant to their club and also to themselves.

“Since we couldn’t hold the international potluck, I thought it would be fun if I shared something that I would’ve brought to it,” Vice President Stephanie Yang said. “The recipe is actually from my old neighbor. She left my mom a ton of her old Polish cookbooks before she passed away so they’re very special to us.”

The club members worked on the cookbook yearlong and filled it with diverse recipes. With recipes from Ireland to India, the club continues to fill the cookbook with a variety of cuisines in hopes to encourage the appreciation of other cultures.

“Creating this cookbook is important because it gives the club members a way to share recipes that mean something to them,” historian Ellie Condon said. “It allows everyone in the club to learn something new about other cultures and foods.”

Under COVID-19 restrictions, the International Club has continued to pursue their club objectives and shared various cultures with the York community. President Isabel Nowacki signified the importance of the club’s mission especially during these difficult times.

“I think that it’s important for people to join the International Club because of our community that we’ve built up,” Nowacki said. “It’s invaluable to be exposed to other cultures and share your own culture, in such a supportive environment. I’m so proud of what International Club has done this year regardless of the circumstances, and I hope that this club comes back stronger than ever before once we’re allowed to meet in person with limited restrictions.”

Check out the International Cookbook here!