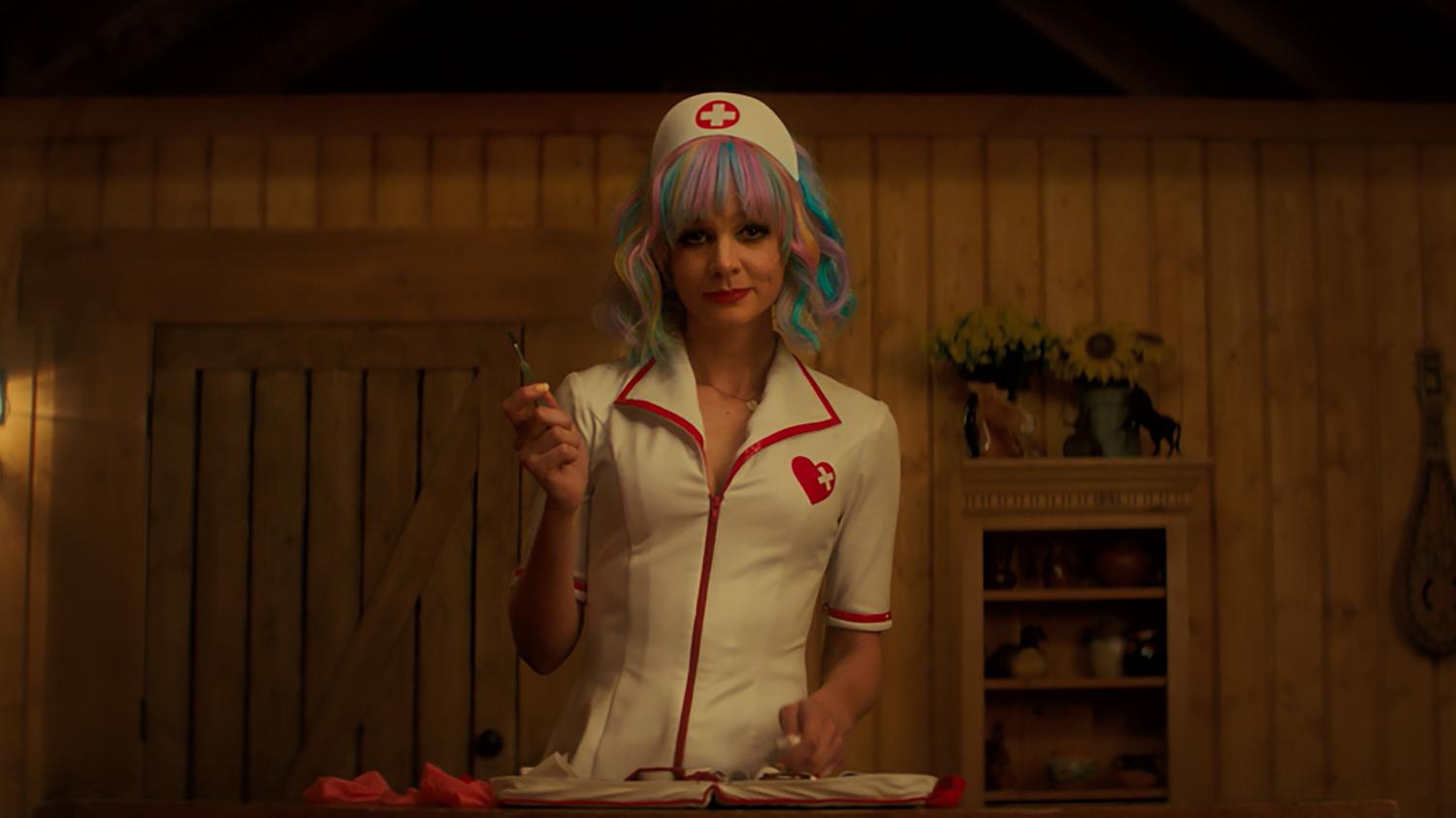 Carey Mulligan portrays revengeful Cassie Thomas in Emerald Fennell’s “Promising Young Woman” which is now available to rent and may be available to watch in select theaters. Mulligan received an Academy Award nomination for her role as the misunderstood protagonist. (Photo courtesy of npr.org)

Carey Mulligan portrays revengeful Cassie Thomas in Emerald Fennell’s “Promising Young Woman” which is now available to rent and may be available to watch in select theaters. Mulligan received an Academy Award nomination for her role as the misunderstood protagonist.

Nominated for five Academy Awards, Emerald Fennell’s first feature film, “Promising Young Woman”, couldn’t have debuted at a more timely moment. After the tragic abduction and murder of Sarah Everard, women all over the globe are more furious than ever with the ongoing issue of violence towards women. Their outcries on social media, mourning the loss of the young woman, have not gone unheard. Even in a society considered to be more progressive than ever, how is it that women still continuously feel unsafe in so many different environments? Fennell’s critically acclaimed film challenges the society we live in today as it reflects on the harmful behavior displayed by men towards women.

“Promising Young Woman” focuses on Cassie Thomas (Carey Mulligan), a 30 year-old medical school dropout who spends her daytime working at a coffee shop and her nighttime seeking revenge on men attempting to take advantage of vulnerable women. The film follows her journey through grief, trust and vengeance as she navigates getting justice for wrongs committed in the past. There is speculation that the name of the film is a reference to a judge calling Brock Turner a “promising young man” when sentencing him to six months in jail for sexual assault in 2016.

“Promising Young Woman” is a sharp-witted and vengeful narrative that attempts to reclaim female suffering. However, I felt as though it may reinstate the fear women have in men as our age group enters into adulthood which is a take away from the film that I disliked. I do hope that films like this can influence men to do better and to fully think through any actions they may have towards women.

All that being said, there are a lot of elements of this film that I enjoyed immensely. The bright colors, the haunting score and the dark humor all had my eyes glued to the screen for the full two hour duration. The opening sequence with Charli XCX’s “Boys” playing underneath was a genius introduction into this multilayered film. In terms of performances, Carey Mulligan was absolutely fantastic. Her Academy Award nomination for Best Actress in a Leading Role is extremely well-deserved and I wouldn’t be too surprised if she even took home the golden statue. She was a force in this film and portrayed Cassie with a spark; every moment of her delivery was powerful. Playing opposite of Mulligan, Bo Burnham was incredible and I truly felt so invested in his character, Ryan Cooper, which made his arc all the more impactful.

Aside from the things I liked, this film is extremely flawed. I specifically found issues in the ending of this film. Without giving anything away, I just felt disappointed. At first, the peak and twist initially had my jaw completely dropped. I was stunned but then immediately let down. I enjoyed watching the film as it unfolded in front of me, but in the moments after the credits began to roll, I started rethinking everything about what I just watched. Perhaps Fennell’s intent was to make the viewer feel uncomfortably unsatisfied in the falling action or perhaps she just wanted an immediate shock value rather than a drawn out conclusion.

For a directorial debut, Fennell dived straight into the deep end with this one. She made some extremely strong, nuanced choices that I liked, but the film had some weaker choices when it came to the camera lense choices, which stuck out like a sore thumb. While her directing may have been somewhat strong enough to stand alone, Fennell’s screenplay did amplify it immensely, apart from the ending. It was dark, witty and packed a huge punch.

“Promising Young Woman” is bold and risky, but overall, this film definitely is making waves. While opinions from others may be split, I think this movie has raised important conversations that need to be had about sensitive topics like this one.