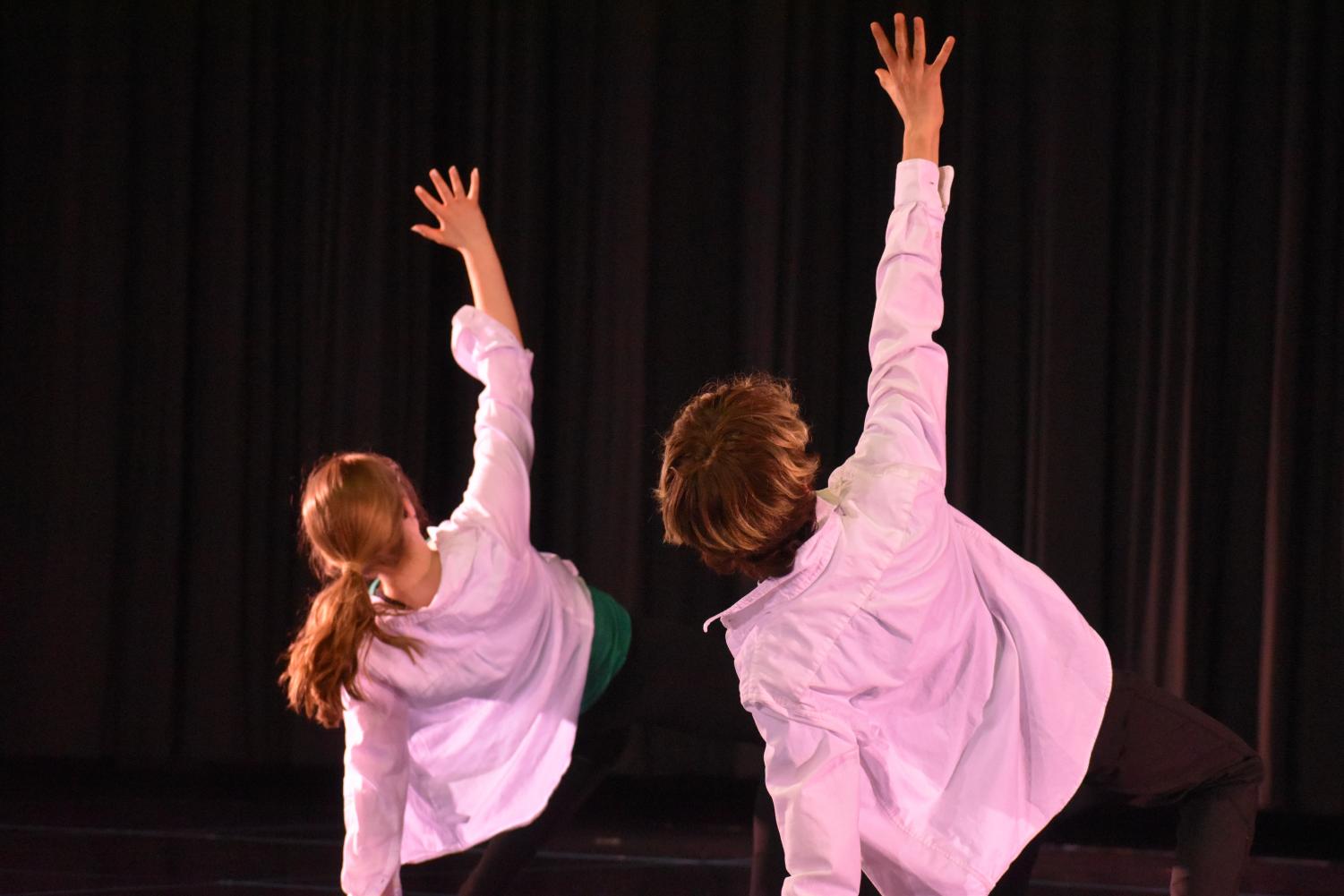 During first period on Monday, the Advanced Dance class and York Dance Company performed a concert with musical guests senior Jared Ruszkowski, junior Taylor Headley and sophomore Quinn Olson. Each dancer invited one student guest to view the in-person performance, and YTV streamed the concert for other classes to watch.

Advanced Dance, a performance based gym elective, opened and closed the show. Taught by dance teacher Michelle Jensen, they showcased three pieces: “Runaway Baby”, “Broadway” and “Spring”. The class learned most of the choreography over Zoom and finally danced together for the first time last Monday.

“Learning choreography when your camera was reversed and mirrored, and you cannot see all the arms and legs was a little complex,” junior and dancer Owen Espinosa said. “I think being in- person and being with other people and seeing the space [made it easier]. I know Ms Jensen talked about how we were still dancing small when in person as the aftermath of being on Zoom. Adapting to the more space and the new environment we had was an entirely new process.”

YDC performed seven pieces, all choreographed by students in the club. While student choreography acts as a staple every year in the York Dance Company, this year presented unique challenges as students choreographers taught their dances over Zoom while only rehearsing together twice.

“My favorite part of the show was getting to see all of my friends’ creations from YDC,” junior and dancer Megan Doan said. “It is a really cool aspect of this extra curricular activity when you get to see what your friends chose for music and what they create with it.”

The dance styles varied throughout the concert. Advanced Dance explored funk and the jive in “Runaway Baby” and musical theater in “Broadway.” Student choreographers also expressed their own styles, from sea shanty contemporary to jazz.

“I really enjoyed getting to watch everyone’s pieces because we do not usually get to do that in other concerts,” senior and dancer Juliana Suarez said. “It was really nice to have a live performance after a year of not being able to.”

While COVID-19 limited audience in-person attendance, YTV helped the dance department livestream the concert for other classes, friends and family members for the first time.

“A lot goes into organizing the dance concerts- especially this year,” Jensen said. “Every concert involves choreographing, staging, light design, costumes show order, guest artists and filming! This year’s logistics were heightened and much of the process of organizing was trial and error. On a positive note, because we were limited to the amount of audience members, it forced us to live stream the concert for the first time! A new forum to troubleshoot, but well worth.”

The York dance concert marked one of the first live performances at York since the beginning of the pandemic. While the organization and rehearsal process presented unique issues due to COVID-19 protocol, Jensen felt proud of the department’s ability to host a concert on Monday.

“All things considered, [the concert went] really well,” Jensen said. “A majority of our rehearsals were in students’ homes in a six by six space with distractions, running into furniture, hitting ceiling fans, technology issues-you name it- we persisted. We only had a few hours total to dance together in the Black Box Dance Studio while also collaborating with our remote students. We also showed up, did our part and did what we could! [I feel] nothing but pride.”