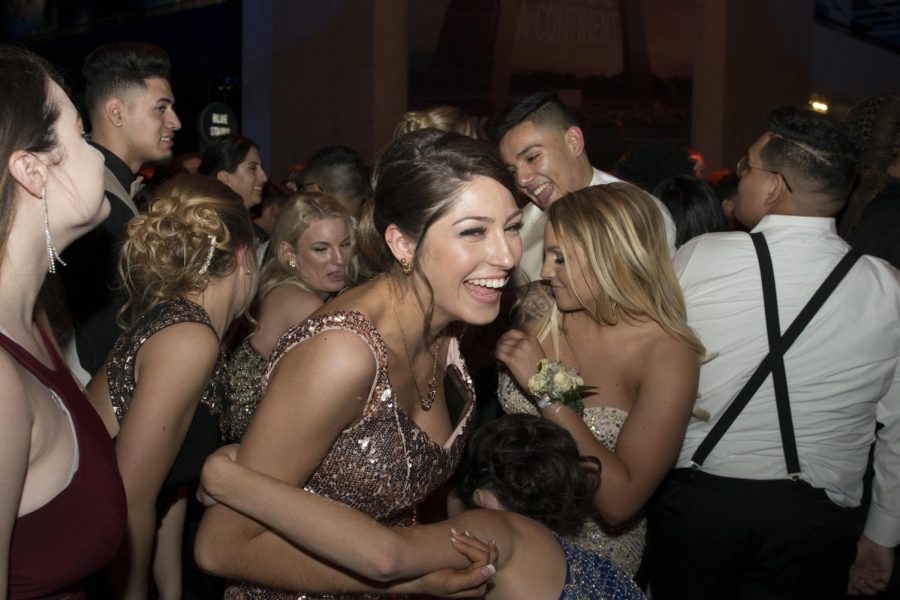 The senior class will have a unique experience at this year’s prom as it takes place at the York Stadium with a plethora of new activities. (Photo courtesy of SR Photos)

The senior class will have a unique experience at this year’s prom as it takes place at the York Stadium with a plethora of new activities.

Starry Night: Why seniors should Van Gogh to this years prom

As this year brought about many challenges for traditional York events, the York community continues to work tirelessly to create a final celebration for the senior class of 2021. Although this year’s event will be limited to seniors only and out on the track, those involved in the planning process, as well as the seniors, are excited about prom nonetheless.

“I honestly don’t have just one thing in particular that I am looking forward to, it’s really the whole thing altogether that I am excited for,” senior Michael Bojeson said.

For York’s Student Council, the process of planning prom this year looks very different from years past but has made great strides in little time thanks to the generous support of York parents and Elmhurst businesses.

“The York community has been phenomenal in planning prom this year,” Student Body President and senior Haley Brown said. “They’ve done really so much to help us, we’ve gotten a lot of parent support as well as local businesses that have helped us with catering and different events, as well as some of the supplies we need for prom.”

Activities including mini golf and axe throwing peaked interest among seniors when they were mentioned in the prom commercial. Student Council partnered with Chicago’s Mary Monica Entertainment as well as local businesses owned by York parents such as SourceOne Events and One Fifty-One for music, decorations and food.

“We’re going to bring food trucks out there, we’re going to have a DJ, photo booths, a variety of games and stuff like that,” Student Council adviser Matthew Moran said. “It’s going to be a chance to give the seniors one more opportunity to be together and to try as much as we can to replicate a prom experience.”

With the loss of some regular prom traditions such as the location, combined with the assistance of the PTSA, the event became more accessible to students who usually see the price of the event as a drawback.

“I think that more people will come due to the fact that the prices are much lower than years past,” Bojeson said.

The $21 in comparison to the usual $300 ticket price, along with the events making their first appearance at the York prom are the main selling points for many of the seniors who plan on or contemplate going. The work of Student Council, the York and Elmhurst community and many others contributed to this final night for the senior class of 2021.

“I think the overall event of having some kind of prom for our class and having it be a really special final send-off is going to be the most memorable thing,” Brown said.