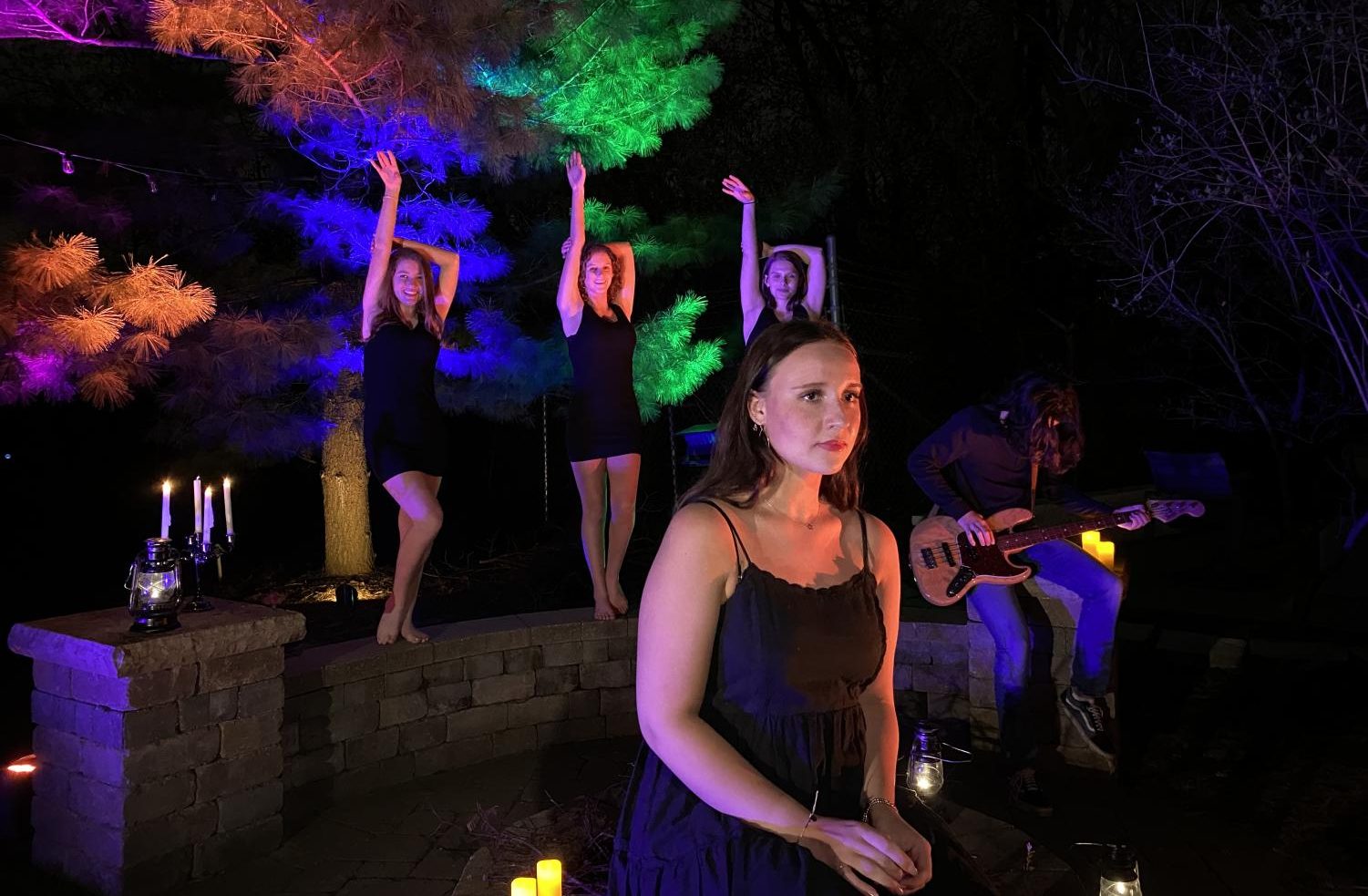 After first film success, York Drama heads back on set for the spring musical

York Drama stepped into new territory with its first film, “The Laramie Project” which debuted to the public on Mar. 26 and ran virtually for two weekends. “The Laramie Project”, directed by Rebecca Marinetti and John Forsythe, follows the aftermath of Matthew Shepard’s tragic murder in 1998 and its effect on the town of Laramie, Wyoming. Students, directors and alumni worked in the winter to shoot an entire two-hour length film instead of putting on a stage production due to COVID-19. Following the success of the play, the club decided to take on an even more daunting project; this year, their spring musical, “The Theory of Relativity”, will also be done as a full length film.

Reflecting on the past project, “The Laramie Project” had felt like a whole new world for those working on the film. No one had ever worked on creating a film from scratch before, but it was an important learning process for everyone involved. The creative team hopes to use their new experiences with filmmaking and apply their learned abilities to the spring musical.

“Filming ‘The Laramie Project’ has given all of us new knowledge on film acting, as well as working to create quality art no matter what,” director Rebecca Marinetti said. “We have had opportunities to work with actors and directors in the industry, who have helped to guide this project.  The work and talent of the students has blown us away; the actors and crew have been brilliant.”

Students and directors also found success in their premiere of the film as the new way to stream the show online was well-received by the community.  “The Laramie Project” gained many positive compliments from viewers.

“I was so impressed,” math teacher Leslie Stipe said. “No one would think it was put on by high school students. The story is such an important, though sad one.  I wish all students, parents and community members had seen it. I would love to see it again.”

York Drama returns to the screen for their next project, “The Theory of Relativity.” The musical was written by Neil Bartram and Brian Hill after hearing personal experiences from different college students. They used the perspectives and stories from those students to construct the musical that has the intentions to relate to many in their young adult lives. The show is a look into interconnected stories about love, loss, connection and discovery.

Because the show calls for a more direct student perspective, the project has a panel of student leaders that consists of assistant directors, dance captains, stage managers and assistant music directors. With help from directors Marinetti, Michael Berry, Jessica Bogart and alumni Matt Bourke, the student creative team fronts this project with the input of their perspectives on the year that they’ve faced.

“I am the student tech director of York Drama; however, for this production, I got to be an Assistant Director,” senior Kylie Levine said. “This experience is an amazing introduction into the directing and production world. Being able to contribute my ideas and see them come to life in the form of a full movie is crazy. From usually being behind the lights to now being behind a camera is a big change, but it has helped me to see a whole other side of this show.”

Throughout the filming process, students and directors have spent hours in sophomore Oliver Roy’s backyard, where all scenes in the show will be located. The cast and crew follow all COVID-19 guidelines as they work outside. Actors have enjoyed the filming so far because in addition to the beautiful scenery, the process itself has been extremely fulfilling.

“It is so meaningful to do a film especially for my last year since everything is coming to an end,” senior Caitlin Maguire said. “It is a completely different approach than any other show we’ve done so it is a great experience to have before I leave. It is something we can keep forever”