THIS IS YORK • May 19, 2021 • https://thisisyork.org/31402/showcase/york-album-project-set-to-release-their-spring-album-finally-can-breathe/ 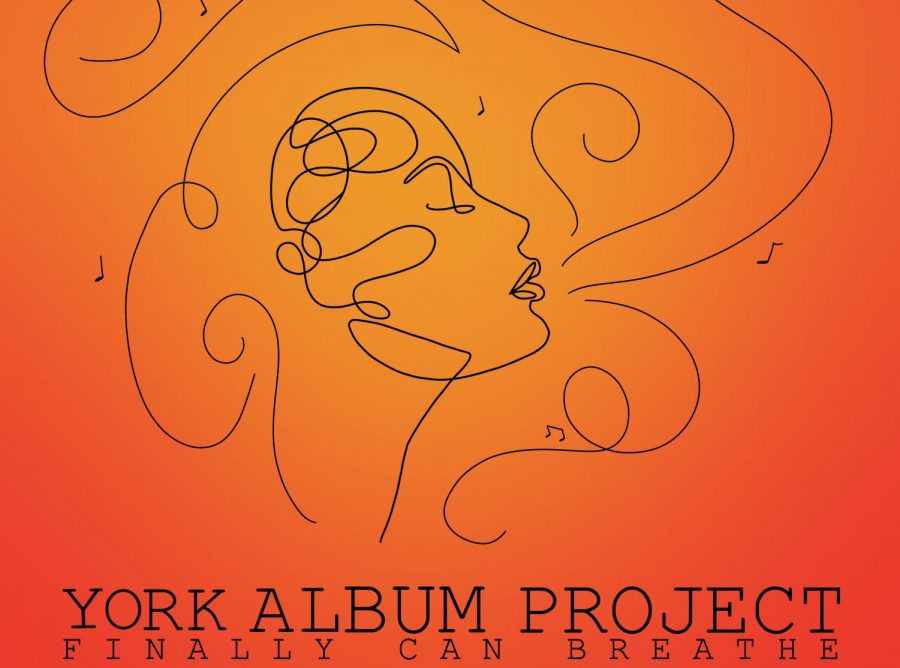 On Mar. 18, the York Album Project will release their anticipated eighth album, “Finally Can Breathe” which features 18 original tracks from all genres created by student artists. The students spent their spring semester writing and recording their music with the goal of creating an album packed with a punch. Sponsored by York Music Boosters, the album was coordinated by York music production teacher Chris Gemkow and audio engineered by alumni Grant Mitchell. “Finally Can Breathe” will be available to stream on Spotify, Apple Music and Bandcamp.

It is no surprise that the creativity of student musicians is overflowing, but especially in a year where the world shut down, it is more celebrated than ever. Musicians even reeled with pride during the creative process and found fulfillment in just being able to work. Sophomore Quinn Olson, featured on track six called “Tied”, accounts for the best moments when producing her music. Awarded for her songwriting, Olson placed third in the state.

“Recording and getting the best takes at the studio can be really stressful, especially when you only have a certain number of hours to get the song done, but hearing it all played back at the end of the session makes it all worth it,” Olson said. “It brings tears to my eyes every time, it really is so incredible to hear what you came up with in your head out loud. It’s like a part of you is out in the world.”

Beyond the creation of the music itself, the planning and organization of the album took a lot of heart and soul. Gemkow created this spring’s album project with a purpose to reignite the passion that so many students found dormant during the pandemic. Instead of putting the York Album Project on the back burner this year, Gemkow lit the flame and let the light shine.

“I could have taken a pass this year on producing the York Album Project,” Gemkow said. “However, I couldn’t ignore the voice in my head telling me that we needed these outlets more than ever.  I enjoyed the self-imposed pressure of reinterpreting a whole new way to produce an album during remote learning. It kept me in a constant state of creative thinking and problem solving, which helped keep me and my students moving forward.”

Gemkow did more than move his students forward. He provided them with an opportunity to release their original work into the world for people to listen and love. Senior Anthony Poli, writer of “Midnight Silence” and featured on “Messiah,” reflects on how the album projects have shaped him as an artist.

“It’s honestly a gratitude thing,” Poli said. “I’m just blessed and honored that I’m chosen every year to be a part of this project and to continue what all these incredible artists have done.”

Even outside of York, the album project is a Give A Note Innovator award winning project so it is clear that Gemkow and students continue to raise the bar for themselves. Be sure to stream “Finally Can Breathe” on Mar. 18.

“I heard someone say the other day that the pandemic has been like breaking up with life,” Gemkow said. “For someone like me, that couldn’t be more true.  As much as I try to keep everything in perspective, it’s hard not to feel like almost everything I built as a music teacher has been destroyed.  The only healthy way I can react to that feeling is to try to motivate everyone around me that we can’t give up.  We can examine the loss and pain we’ve experienced and make it into art.  We can use our words, our voices, and our songs to express that our current struggle is temporary.”