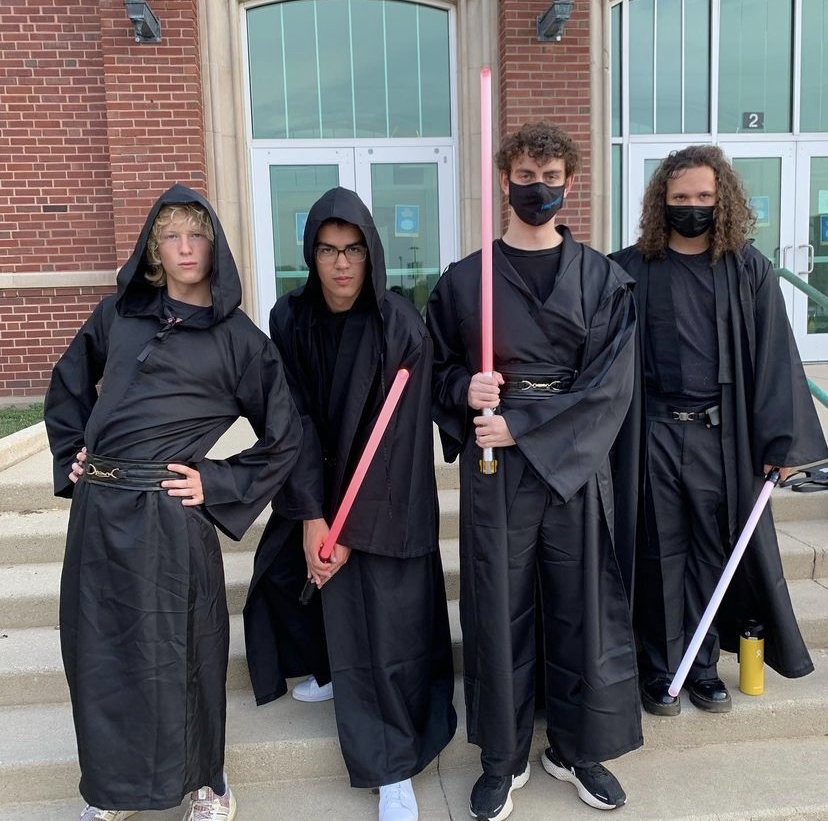 King of the Couch groups reflect on Homecoming week

King/Queen of the couch (KOTC)  is a Homecoming tradition loved by students and staff. Every year, the senior class is given the opportunity to create a group of four individuals that encourage school spirit until the Homecoming Game and Dance. The groups adorn themselves in themed costumes and compete against each other for the prize of front row special couch seating during the Homecoming football game and Portillos.

“I decided to join because we missed basically two years of highschool, I thought it would be a good way to end senior year,” Ellen Freund, member of the “Diary of a Wimpy Duke” group said. “Since the freshmen and sophomores missed their first homecoming, I wanted to bring school spirit and have fun with my friends.”

The groups spend their free time after school roaming the halls, looking for clubs and sports teams to encourage.

“It’s actually really fun being a part of it and although it takes a lot of time, I personally love putting time into it,” Wes Krissinger and member of “Dino Dukes” said. “From going to sporting events and clubs, to just walking around the hallways with a dinosaur costume, it just makes me happy to be at school and be around the people in it.”

In order to win, groups must gather points by attending various school events. Each club or event they attend has a different point value. During Homecoming week, students and staff are able to vote on the group that spreads the most school spirit. This will further contribute to their point totals and ultimately, the group with the most points wins King/Queen of the Couch.

“We are really dedicated to spreading school spirit,” Allison Waski and member of “World Wide Dukes” said.  “We decided that it would be fitting to get really involved for senior year and see what goes on at York on a daily basis. In order to win, you have to be very involved with going to numerous clubs and activities and also be a charismatic group and interact with students and staff.”

The king of the couch groups brings school spirit and fun into the start of the school year. York administrators express the significance of our KOTC tradition in our school.

“It really has boosted culture here in the building by allowing multiple groups of creative students to spread school spirit,” principal Dr.Shahe Bagdasarian said.  “They are very creative. It kind of replaced Homecoming King and Queen and allowed students to be involved and build school spirit.”

As Homecoming Game and Dance approach soon, the KOTC groups scavenge the halls after school to gather as many points as possible. These groups are not only in it to win it but also aim to motivate underclassmen to participate in this unique tradition during their senior year.

“Our goal is to make an impact in which the underclassmen remember our group and think about the advice we gave them and the positivity we spread,” Lillian Hoffer and member of “Scooby Dukes” said.  “Obviously sitting on the couch and eating portillos is very cool but I would rather inspire underclassmen to participate in it when they’re seniors.” 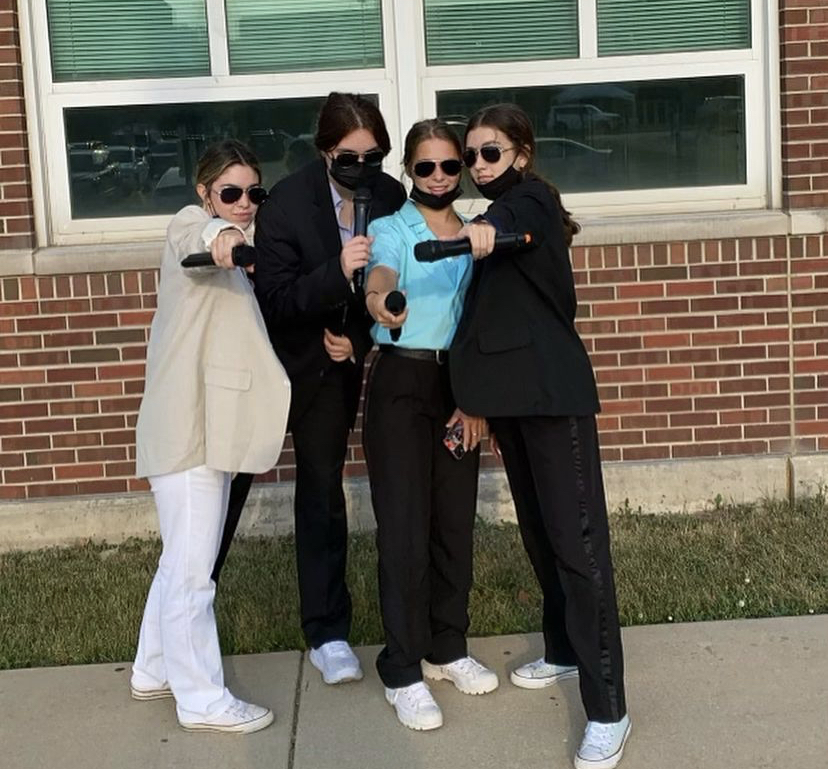