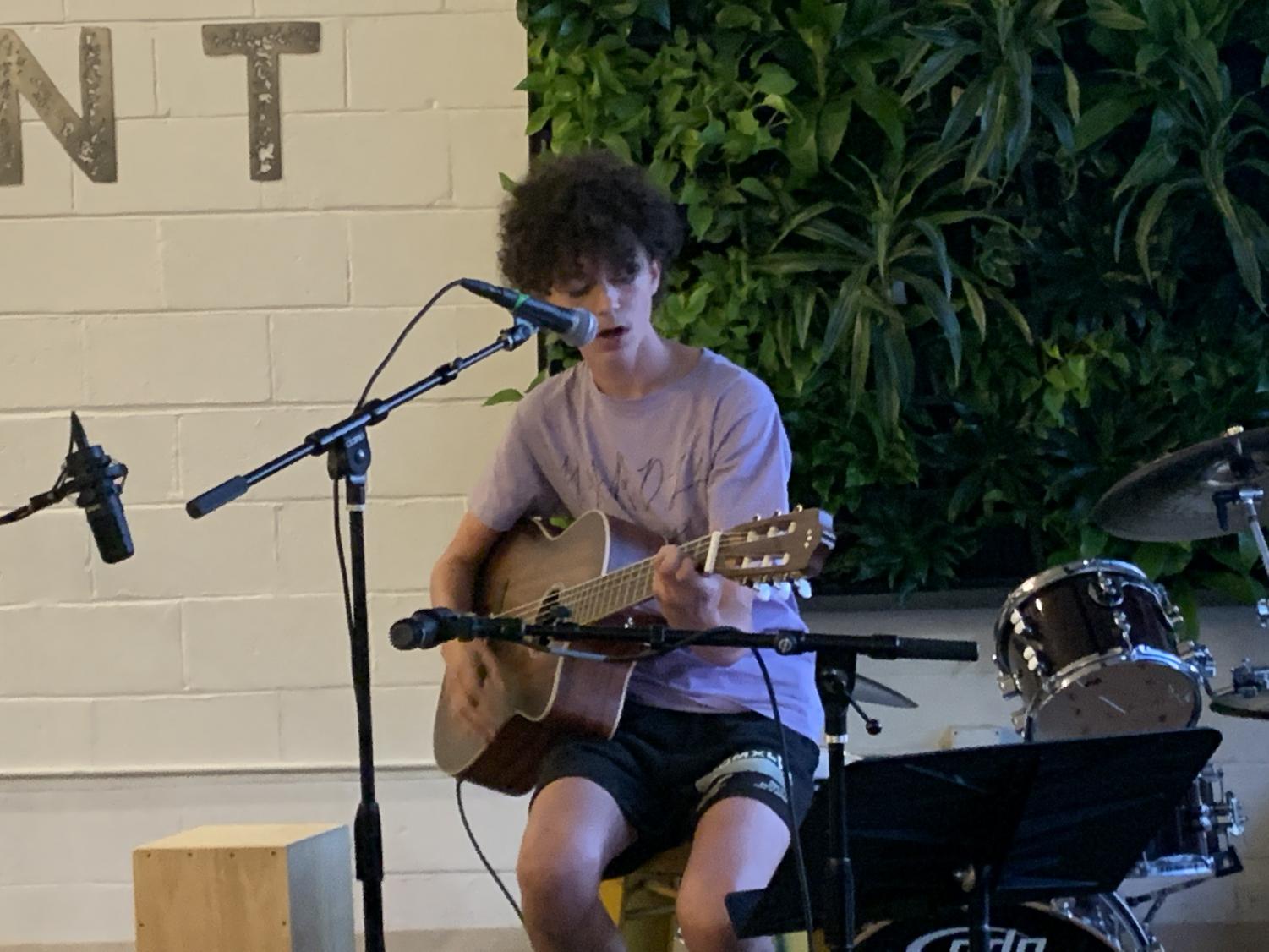 Sophomore Owen Widuch plays his original song, Dysphoria, at the Amateur Musicians Club gig at Brewpoint Craft. “I put a lot of feelings from the last few years into this song and it feels great to play it for people.”

Sophomore Owen Widuch plays his original song, Dysphoria, at the Amateur Musicians Club gig at Brewpoint Craft. “I put a lot of feelings from the last few years into this song and it feels great to play it for people.”

When the COVID -19 pandemic shut down almost everything in March 2020, one of the major losses was not being able to go to live shows.

York Amateur Musicians were heavily affected by the inability  to perform in the short time that they are actually able to perform. The students were very happy to experience the feeling that the musicians felt when they were back on the stage.

“We started out so nervous, but we haven’t performed live in such a long time that we were just smiling the whole time,” junior Quinn Olson said. “So many people came out to see us and it just made us so happy.”

Quinn and Alyssa weren’t the only ones who enjoyed playing at the gig.

“[It’s] a completely different feeling performing live,” sophomore Luke Wallace said. “It felt like we were on top of the world.”

The musicians weren’t the only ones who had a great time. Chris Gemkow, the sponsor and founder of Amateur Musicians Club, enjoys providing the students with an outlet to express themselves and share their music.

“It’s not for me,” Gemkow said. “I just love creating an event that gives students the chance to share their music, and get people to come out and see what’s going on.”

York students, friends and family all came out to support the students and listen to the live music. The venue was packed with people sitting on the floor and even standing outside to experience the performance.

“It was amazing to see and hear them perform,” Gemkow said. “But it’s also really awesome that the community supported it and that people came out to the show, because people need something like that.”

York students also attended the gig to support the musicians and to just enjoy live music.

“It’s great to see all of our classmates performing, and it’s just a fun time,” sophomore Fernando Valdes Nicholson said.

Last Friday’s show was the Amateur Musician Club’s way to start out the school year right.

“I wanted to get a live show early on so that we could get the year going in the right direction,” said Gemkow. “I wanted to showcase everyone in the club, the producers, the songwriters, everyone and to let the school know that we’re back.”