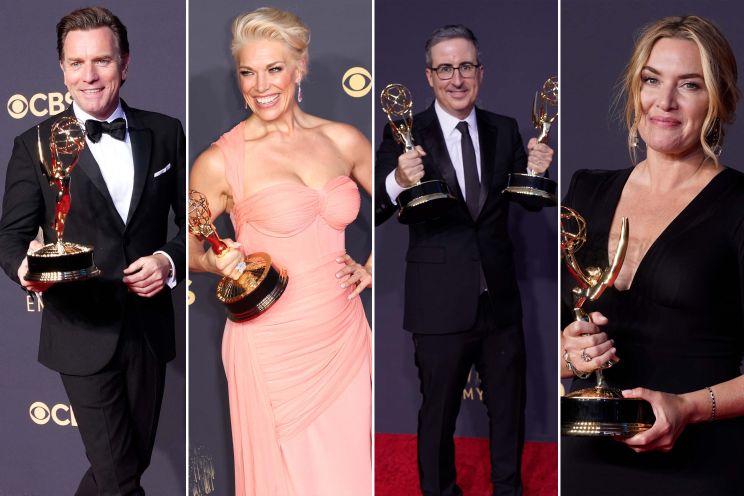 After a year of at-home awards due to COVID-19, the Emmys were finally back in-person. On Sunday September 19th we got to see our favorite celebs walk the red carpet at the Emmys, and as always, this year’s awards were very controversial.

Similar to the Met Gala, guests at the Emmys chose not to wear masks. At the time of the 2021 Emmys, the Center Of Disease Control (CDC) still urged vaccinated people to continue wearing their masks.

“I know it’s a big event but I wish they would’ve worn masks just because it would set a good example or influence for people who are unsure about masks especially in the state we’re in now,” junior Nora Breen said.

Although many awards given Sunday night were much deserved, some argued the results should’ve gone a different way.

“Honestly yes, I think ‘The Daily Show with Trevor Noah’ was kind of robbed of his win,” sophomore Alisha Sayi said. “I don’t know if it’s just me, but I really like his style of comedy.”

No doubt winning awards like an Emmy can lead to shows getting countless more viewers. For many students at York, knowing that a television show has higher ratings makes it more intriguing to watch.

“I might watch ‘The Queen’s Gambit’ because it had a lot of hype, but I never got around to it,” sophomore Emerson Graham said. “But now that it won an Emmy I might watch it.”

Additionally, when a show specifically wins an award for best actor or actress, it may attract an even bigger following. This is due to the fact it is known to have more high quality characters when it comes to acting.

“Yes, they [The Crown] got a lot of awards for top roles, like best actress,” Sayi said. “And since I really like shows with convincing acting, I feel like I might take this one on.”

An attractive side note to the Emmys for many people is often the outfits that the actors and actresses wore during the event.

“Nothing was really outstanding but I was really more focused on what people were wearing,” Breen said. “I really liked Billy Porter’s outfit. [His outfit] looked kind of like wings.”

Overall, the Emmys were enjoyed by many entertainment fans no matter the winning results. Students weren’t the only ones who were impacted by the Emmys. There were also a few parents who enjoyed watching the award winning shows.

“I watched the Crown, Ted Lasso, the Queen’s Gambit, and the Mandalorian; they were all different in their own way but each one was equally extraordinary and I had a great time watching them all,” York parent Penney Stergios said. “So I guess the real winner here is me.”