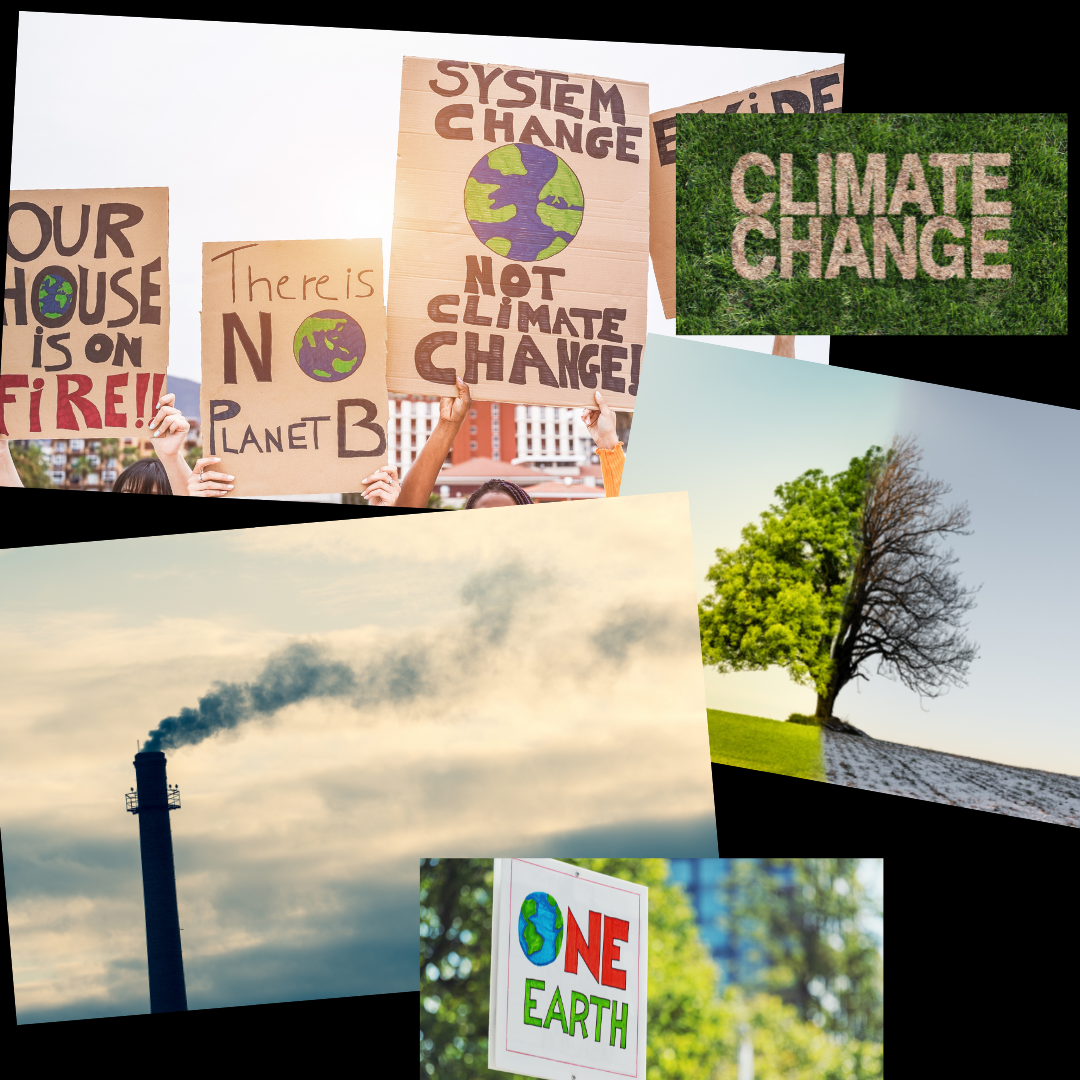 As climate change becomes a more prominent issue, teachers must adjust their styles to inform the future generation of climate change activists. (Graphic by Grace Bernstein)

With West Coast forest fires raging and East Coast streets drowned in floods, Earth’s looming climate crisis is making itself more and more apparent. The children walking home from school through blizzards are now the young adults facing their future and the planet’s all at once. How can today’s teachers inform and inspire this generation of planet-goers on climate change?

“During the mid 2000s the topic was seen more as an ‘opinion’ about global warming, due to much misunderstanding surrounding data presentation and politics,” Lauren Yun, biology and environmental science teacher, said. “Nowadays, we let the data speak for itself. That’s what we as a science department make sure speaks loud and clear: this isn’t an opinion, rather scientific facts about our ever-changing climate and the incredible impacts humans have had in speeding up that change.”

Being a biology teacher for 12 years, Yun believes that a key in teaching about climate change is to encourage students to make individual choices for the greater good.

“Start small in your behaviors and choices when learning to become more green and sustainable,” Yun said. “You’ll quickly notice that it isn’t quite as hard as you thought to make better decisions for our planet. You might surprise yourself with how addicting it becomes to find creative ways to use less, reuse more, and share your ideas on sustainable living with those around you.”

Finding ways to make one’s own lifestyle sustainable is just one part of the puzzle. Part of teaching climate change is about interpreting patterns and analyzing scientific data from recent years.

“I continue to share the latest scientific data and explain that it’s not as much about temperature change as it is about more and more uneven weather events that will affect everyone around the world,” biology and environmental science teacher, Dustin Felix, said. “The temperature change will also be much more uneven around the world, being more severe at the poles.”

While weather is a significant component in the complex topic, climate change means more in the long run than just the physical climate.

“We also tie in the importance of biodiversity on an ecosystem that we depend on,” Ronny Rayan, biology and genetics teacher, said. “Climate change can destroy biodiversity, hence destroy the ecosystems we depend on to live.”

The topic of climate change is brought up in class multiple times each week. He teaches his students to make big strides as a society and push for large waves of change.

“The people that don’t have the resources we have here in Elmhurst will face much harsher and dangerous consequences in the future than we will,” Felix said. “This is a problem where we could help the global community if we would just buckle down and push for new laws restricting fossil fuel use and rewarding cleaner renewables like wind, solar and wave power.”

Felix is not alone in the belief that students can create large changes in the way that environmental laws are constructed and carried out. Veena Kaniyaly, biology and environmental science teacher, shares the same ideology.

“The goal of both the Biology and Environmental Science courses are for students to leave as better-informed citizens of the Earth,” Kaniyaly said. “Students are the ones that will have the greatest impact on climate legislation and policies in the future. We’re already seeing young people taking charge of the climate movement, and it gives me hope for our planet’s future. I learn something new every day from my students and I love it.”

However specific outlets of change are encouraged, the science department wants their students to understand their impact and inspire them to create solutions to the climate crisis at hand.

The ideals being taught to today’s generation of potential climate activists are meant to inform students and invoke a sense of urgency to take action. The future of climate change begins at a classroom desk.

“We need to be the movement that drives the reversal of our current behaviors and way of living,” Yun said. “I tell my students every year that one person can’t change everything, but one person can live a lifestyle for many to observe and learn from.”