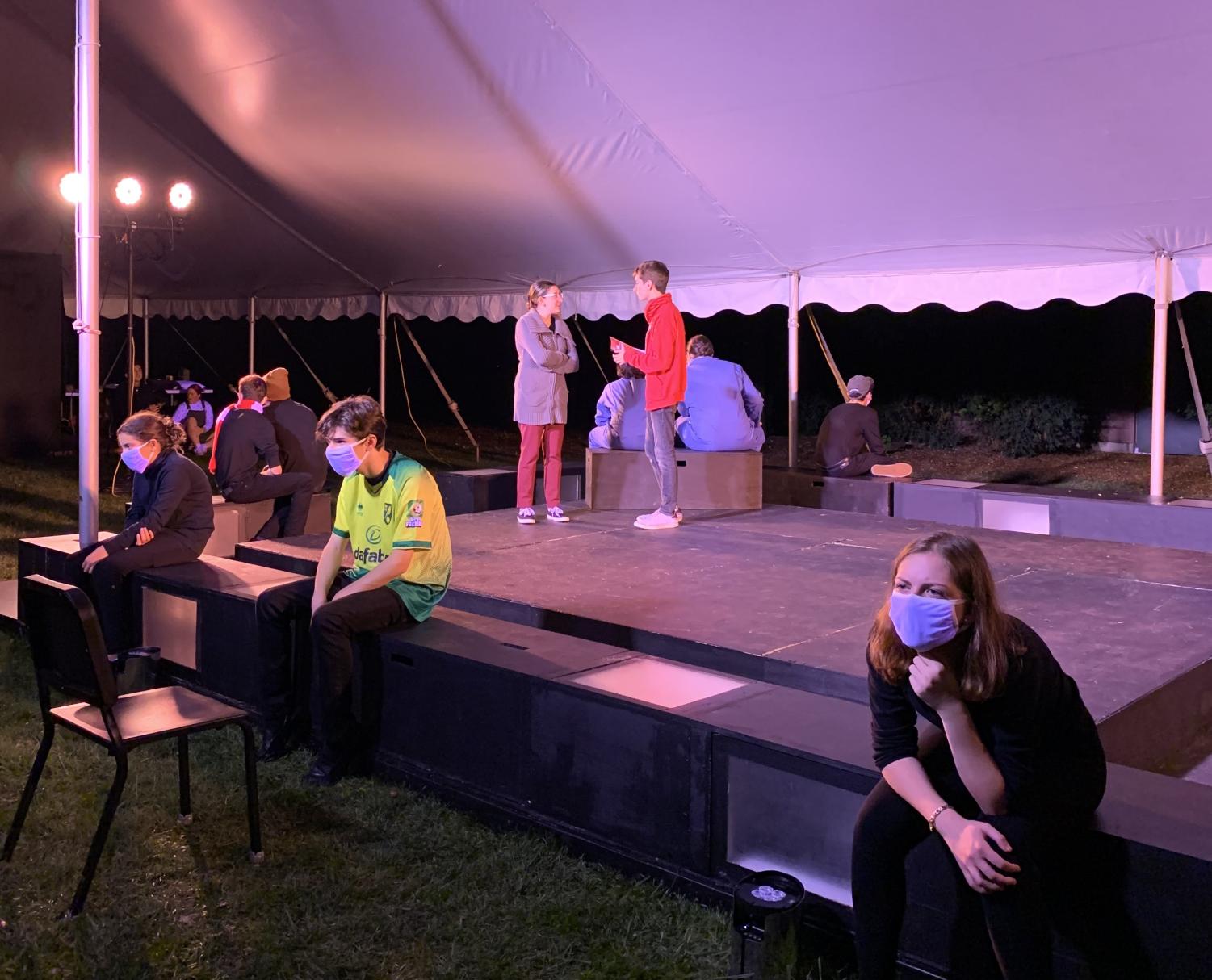 Actors practice their performance during a dress rehearsal to prepare for opening night, October 14th. (Photo courtesy of Paige Greve)

Actors practice their performance during a dress rehearsal to prepare for opening night, October 14th.

Lights, curtains, action! York Drama premiers their fall play, The Curious Incident of the Dog in the Nighttime by Simon Stephens, live and in-person outside the school building. The show follows Christopher Boone, a 15 year old boy with Asperger syndrome, as he solves the mystery of who murdered his neighbor’s dog, which leads to even more mystery for this boy to unravel. After a year’s hiatus from live productions here at York, the theater department is proud to put on an in-person performance for crowds to enjoy.

During the 2020-2021 school year all three theatrical productions produced by York Drama had to be filmed due to the COVID-19 pandemic. However, this year, live performances are back on and the theater community at York couldn’t be happier.

“It’s [live theater] the finest form of art,” said director John Forsythe. “So many people work together to create it, and it lives in that moment.”

Due to current COVID-19 guidelines and the director wanting unmasked performances, the show will be performed on an outdoor stage. This “new” stage will have a seating areas surrounding three sides of the stage, letting the audience see multiple different angles.

“I’m so glad we were able to take such a different, interesting direction, doing the show outside and having a unique stage,” sophomore Will Fischer said.

The students in the show are excited to be able to perform on stage once again. Many of the junior, sophomore and freshman actors have not yet been a part of a live show at York before.

“Having people come see that [the show] and come experience theater for the first time in a while is going to be really magical,” junior Regan Wright said. “Not only for the audience, but for the performers as well.”

Now that audiences can experience theater live once again, York Drama is able to continue their goal of sharing themes and ideas through their shows. The Drama department is honored to be able to share such an amazing story with our community.