This Is York • October 18, 2021 • https://thisisyork.org/32201/showcase/internationally-acclaimed-squid-game-makes-waves-in-america/ 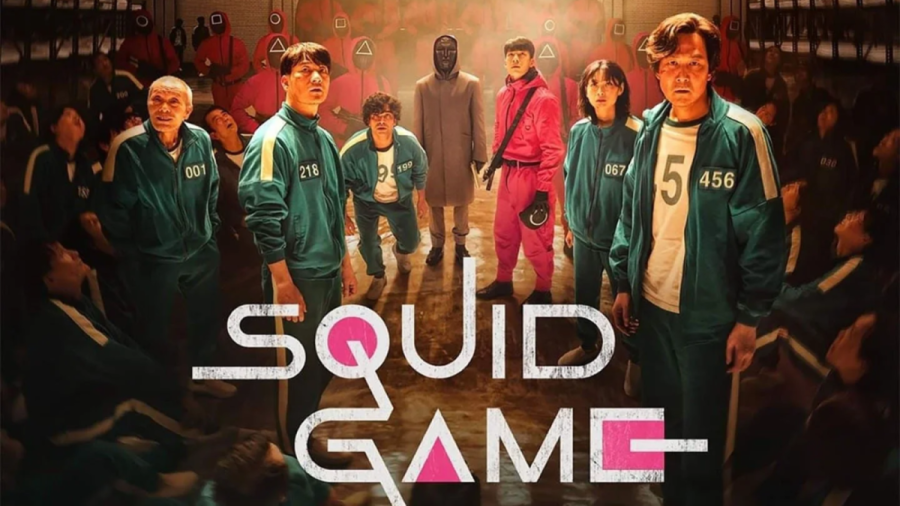 It seems as if “Squid Game” became an international sensation almost overnight. The South Korean series quickly became the most viewed show in Netflix history, and has amassed an impressive following overseas. The show features a wide cast of characters, all down on their luck, and more importantly, their money. After being given a chance to win enough funds to pay off all of their debts, they enter a mysterious competition that quickly turns out to be deadly.

Between movies like “The Hunger Games” and video games such as “Danganronpa,” there is already a vast array of stories featuring a cast of characters that slowly gets whittled down during some depraved game-show in which everybody is forced to participate in. Squid Game mixes it up a bit by having the death competitions be variations of childhood games such as “Red Light, Green Light” or tug of war, but it’s still the same concept. What makes “Squid Game” different is the emphasis on consent. Don’t be fooled, it’s no masterpiece, and certainly has many of the tropes and flaws present in the genre. For example, the script is fairly predictable and the acting can range from impressive to cringey. The translation also has horrible English voice-acting, making watching with Korean voices and English subtitles by far the definitive experience. Yet, even with all of the issues present, “Squid Game” is far more interesting than shows featuring similar concepts because it is made crystal clear that everybody wants to be there.

A good example of this is when early on in the story, all of the contestants take a vote on whether or not they want to remain trapped in the murderous Squid Games. After a narrow decision, all 101 of them are returned to their former lives with the stipulation they will be given a chance to come back and win billions of won (South Korean currency). The episode that ensues focuses on the financial struggles faced by many of the participants, and is my favorite out of the nine. Nearly all of them realize their lives are already horrible without any money to support themselves, and choose to come back. The life or death games the cast is forced to participate in are of course fun to watch in a grim way, but “Squid Game” is best when serving as a commentary on the social and economic situations that make people so desperate for money they would die for it. While “Squid Game” does have a main character in the form of Seong Gi-hun, a divorced dad who has fallen into debt, an equal or even greater emphasis is placed on highlighting the financial struggles of the supporting cast in many of the episodes.

Of course, while “Squid Game” does many things correctly, it also has many issues both in its plot and presentation. The premise itself can be unrealistic at times: the idea that hundreds of severely indebted people go missing every year to participate in a blood sport without being noticed is hard to believe. Even within this premise, many of the “twists” that occur are fairly predictable, although there are some surprising moments. Similar inconsistencies carry over to the acting. While the core cast of characters features what is for the most part excellent and diverse performances, there are many that stick out like a sore thumb. Much of this is likely due to poor writing and directing, such as rich, English characters making constant inappropriate jokes, or a pastor who prays to God so much it’s almost comical.

Even though it isn’t perfect, “Squid Game” is still a fun and interesting take on an old format. The emphasis on player consent keeps it more interesting than similar films while also heightening the stakes at the same time. Even though the plot may be predictable at times, the presentation of each deadly game had my heart racing in fear of what would happen next. It was a good watch, and very binge-able, but we don’t expect to be thinking about the show very much now that I’ve finished. “Squid Game” is at its best when it serves as a commentary of the economic systems that reward the rich while making life so difficult for the poor, that they would choose to risk death. Although the world of Squid Game is fantastical and sometimes hard to believe, the desperation exhibited by the characters rings close to home.