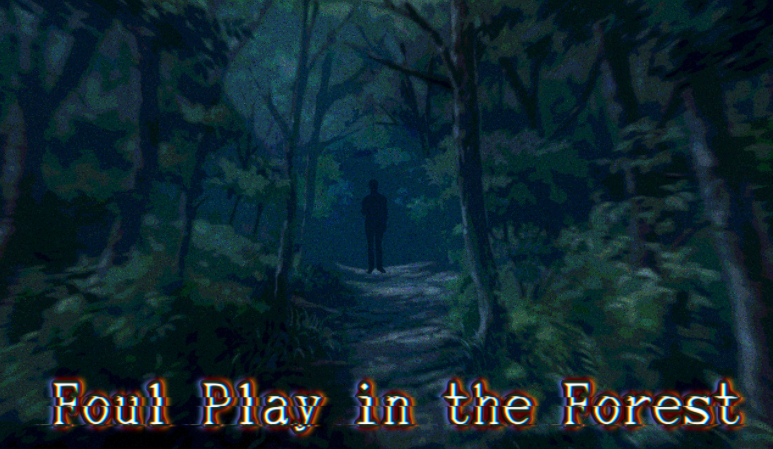 Foul Play in the Forest Episode 2

Pierce and David stepped out of the car, arriving at the Callahan residence. David let out a saddened sigh, his eyebrows furrowing. His lips pulled into a slight frown as the two headed towards the door. Pierce glanced at the other detective.

David crossed his arms and closed his eyes, shaking his head dramatically. “This is always the worst part of the job, you know. Having to talk to the victims family and friends. It always gets me so down,”

Pierce nodded, giving David a pat on the back. “Hey, that’s alright. Just means you’re empathetic,” smiles the taller of the two. “Now, should I knock?” David nodded, and Pierce rapped his knuckles against the door.

Silence ensued for a few seconds, before a soft and sweet voice came through the door. “Who is it?” asked the voice.

“Detectives Wolfe and Taylor; Police. Is this the Callahan residence?” replied David, leaning  closer to the door as he spoke.

There was another minute of silence that spread, David and Pierce glancing at each other. Suddenly, the door creaked open a bit. It was still kept mostly shut by the chain over the door, but there was half a face peeking out, looking at the two detectives. They leaned to the side to see the face more clearly.

“Are you really police?” asked the woman with a snivel. David grabbed his badge and lifted it for the woman to see.

Slowly, the woman looked down. The door shut, and they heard the chain keeping the door shut slide off and clatter down. The door creaked open and leaning against it was a slightly red-faced woman. She had tears streaming down her face, but she looked as though she was trying her hardest to keep herself looking composed. With a robe pulled tightly around her, she was still in her sleepwear.

“I suppose you’re here about my husband?” she asked, lifting her chin up. Her lower lip quivered slightly.

Mrs. Callahan was a medium sized woman. She seemed about slightly above average height with nice dark skin. She had dark brown hair and chocolate brown eyes. In her hands was a cup of coffee as she sat at her dining room table. Looking absently at the centerpiece, she moved a hand up to wipe away her gathering tears. She cleared her throat and sniffled.

“So my husband was murdered?” she finally says, her hands gripped tightly on the coffee cup.

She buried her face in her hands and cried for her late husband. David looked down at his shoes, and Pierce cleared his throat. Adjusting his posture, Detective Wolfe leaned forward. “Did your husband have any enemies? Or know anyone that could do something drastic enough if provoked?”

Mrs. Callahan looked up to the detective, her face toned with red from her crying. “I… I don’t believe so, I–” The sound of the door opening cut off the crying wife, making the three heads turn to see a young man enter the house, a bag of groceries in his hand.

“Hey, ma. I’m back early from work, I heard the news about…”  The man stopped in his tracks, his face going pale. “Um, who are these guys?”

Pierce stood up and offered a hand to the young man, shaking it. “I’m detective Wolfe and this is my partner, detective Taylor. You’re Mr. and Mrs. Callahan’s son, correct?”

“Andrew,” replied Mrs. Callahan, blowing her nose in her handkerchief. “His name is Andrew.”

“Pleasure to meet you, Andrew,” nodded David, standing to give him a handshake as well. “We were just talking to your mother about the passing of your father.”

“Andrew, honey, why don’t you go ahead and hang out with your girlfriend? I don’t want you to worry about this right now,” requested Mrs. Callahan. Andrew glanced over the two detectives.

David handed out a card to Andrew. “We’ll come and question you another time. If you have any questions or evidence, please call.”

Taking the card with a delicate hand, Andrew’s eyes flickered from the card, to the detectives, and then to his mother. “Oh, alright. I suppose I’ll get going, then…” he muttered, dropping the bag of groceries on the counter.

Pierce watched Andrew move around the kitchen, before moving towards the door to leave. As he heard the door slam shut, he fiddled with his fingers and looked back to Mrs. Callahan.

“Anyway, about my question?”

Mrs. Callahan paused, opening her mouth. It went dry and she closed it again, before looking around to the detectives again. “Well, there was one man. A co-worker of his. Michael always came home complaining about him. His name’s Collins. Oscar Collins.” Taking another sip of her coffee, she took a deep sigh. “They were always so hostile towards each other, though I never figured out how it started. Hell, they got into a real fight about a month ago. After that, the man threatened to kill him.”

Pierce glanced over at David, who nodded.

“Thank you for the lead, Mrs. Callahan. We’ll come back around if we have any further questions.”