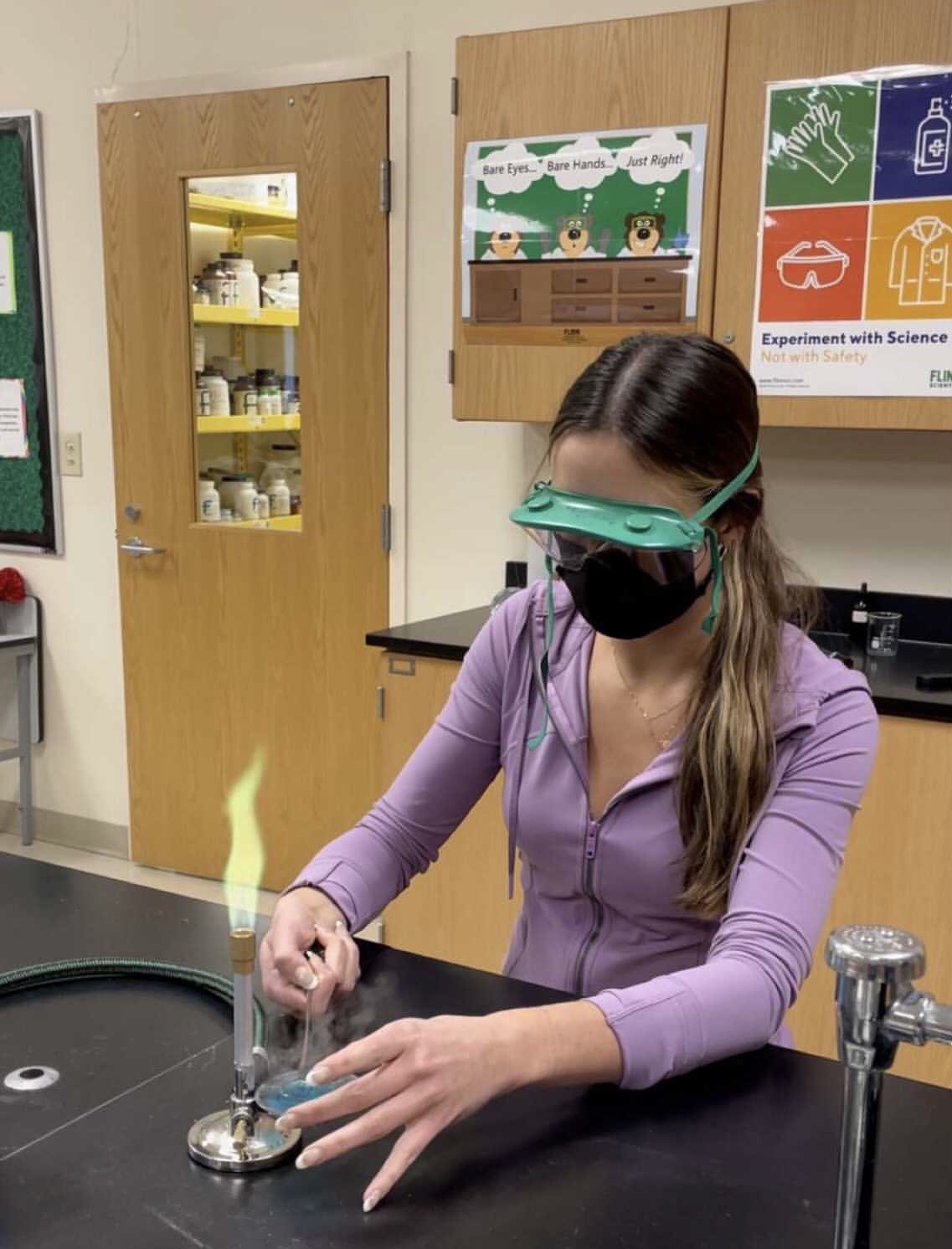 Under the Monocle: Lexie Sidoryk creates opportunities for women scientists at York

While many York student athletes over this school year have struggled to keep up with school, sports and extracurriculars, senior Lexie Sidoryk created her own club. The club in question, Women in STEM, which was approved October 28, focuses on creating an opportunity for minority groups at York to get more interested and involved in areas of science, technology, engineering and math.

Sidoryk has participated in many STEM-related AP courses, like AP Chemistry and AP Physics, over her tenure at York. Throughout her time in these classes, she has noticed an uneven split when it comes to gender.

“This year I’m in AP Physics, and I think there’s in total 5 girls taking it in the entire school,” Sidoryk said. “And it’s just that atmosphere of being in a class with very few other girls.”

Lexie wanted to create this club to combat the social norm of men being the majority in the STEM community. The club will work to get a larger female population at York involved in the fun and engaging STEM activities.

“The real purpose that I had for making the club was really to promote more women into STEM, and minorities in general,” Sidoryk said.

According to the United States Census Bureau, women made up only 8% of the STEM workforce in 1970 and  27% in 2019. As one can see, science, technology, engineering and math fields are primarily dominated by men.

“It is a different environment, being part of such a small group, being a female in the STEM field,” Sidoryk said. “It’s also super intimidating just being able to participate in class and feeling like I belong there.”

Needless to say, balancing schoolwork in addition to starting a club can be two very hard activities to juggle. However, Lexie also manages to compete on the York Varsity Girls Volleyball team.

“The best thing I could do is really schedule my time,” Sidoryk said. “So on a Monday, I was thinking about my schedule for the rest of the week, as far as when my tests are, and what time I need to schedule for studying knowing I have practice or a game.”

“I hope that after we get the club more established to expand past the high school level and maybe get  middle school and elementary school girls involved in some sort of way,” Sidoryk said.