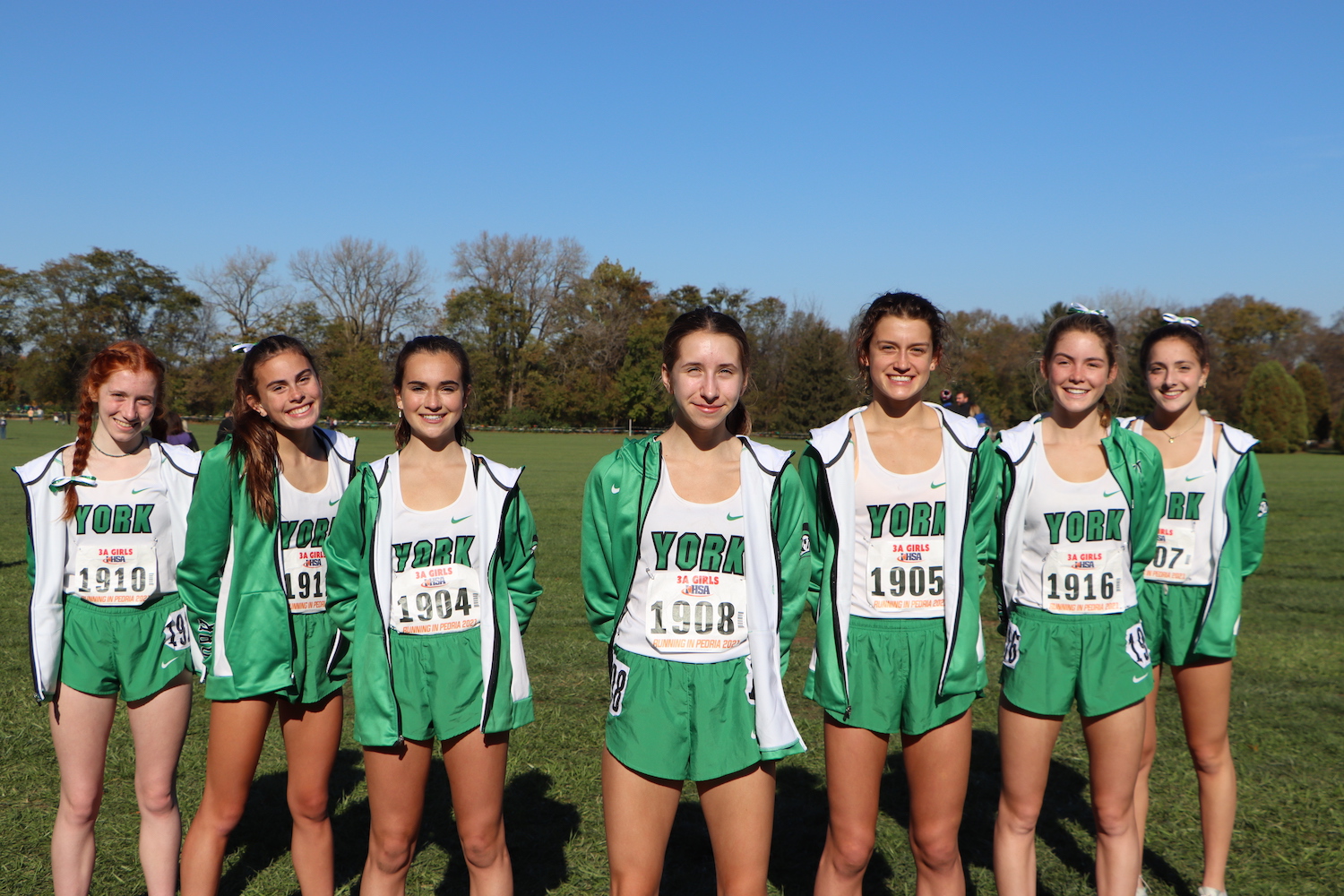 In the first IHSA State Cross Country championship since 2019, the Lady Dukes ran away with a historic victory. The Dukes came out on top with a total score of 61, beating the next team by almost 90 points, and had the third-best conjunctive score in the history of the meet. With four runners earning all-state titles and ending a 21-year drought since the last championship and following two consecutive undefeated seasons, the team’s success is no well-kept secret. The bond these girls have formed throughout their time at York, can be credited for their success of this season. 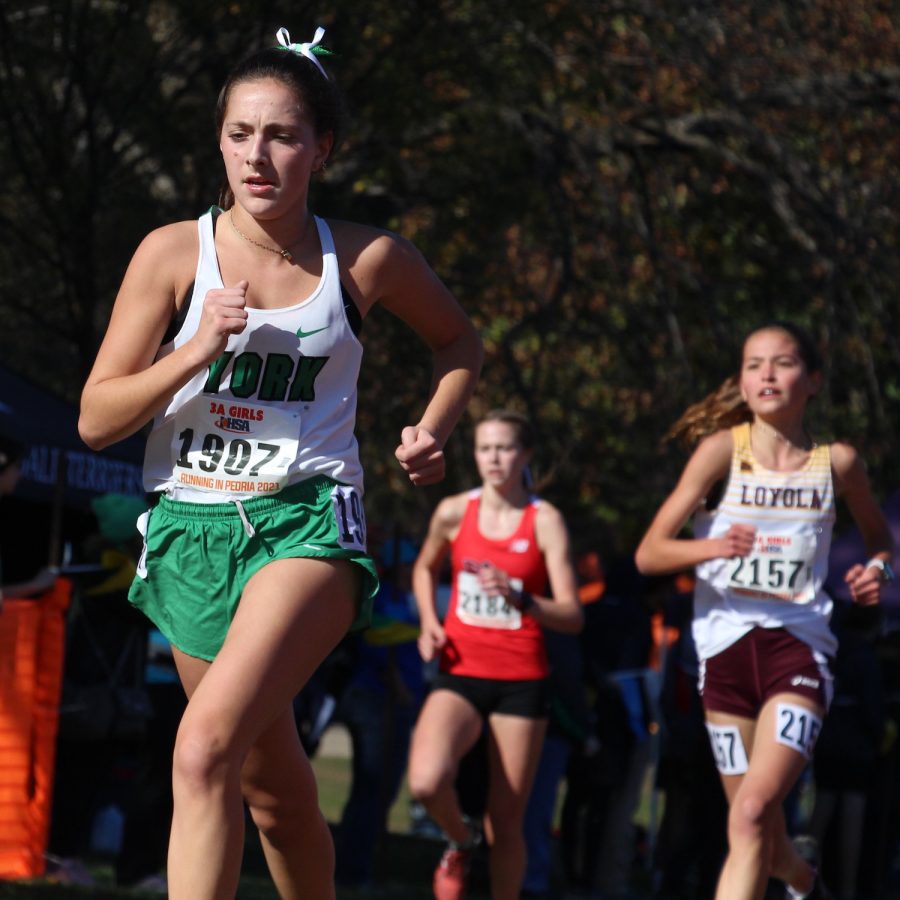