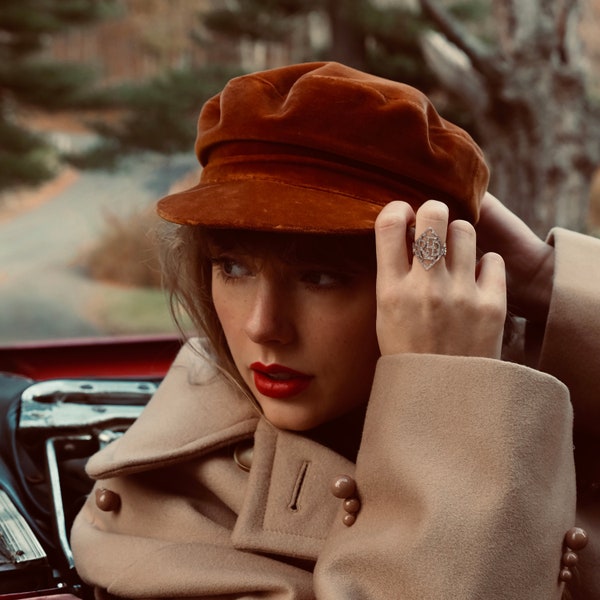 As a self proclaimed “Swiftie”, a major Taylor Swift fan, saying I was excited about Taylor’s second re-recorded album, Red, would be an understatement.

Featured artists included Phoebe Bridgers, Ed Sheeran and producers Jack Antonoff and Aaron Dessner which made this almost perfect album even better. The original Red is on the Rolling Stones list of Best 500 Albums of all time, and personally this might be better.

Unlike many other artists, Taylor did not release a single off of the new album. She did not need the hype that most other musicians needed around her new album, especially because fans on social media were already pumped with the release.

Like Fearless (Taylor’s Version), Taylor released vault songs, which she wrote alongside the original album but were never released, and eagle eyed fans were able to “Unlock the Vault,” further intriguing the devoted fans. Personally, I went straight to Tiktok where I knew that much smarter “Swifties” would have already unlocked the word jumble.

The vault songs gave Swift the opportunities to collaborate with other artists that she wasn’t able to work with when the original album came out. In her third vault song “Nothing New”, she collaborated with resident sad girl Phoebe Bridgers, who many love to cry while listening to her music. The collaboration between Swift and Bridgers is something that many fans have waited years for including myself because we all knew the power that would be held with the song. And the songs did not disappoint, as Bridgers getting a full verse in the song and not just background vocals (I am  looking at you Lorde).

Now what stands Red (Taylors Version) from the original album is the song. Long time “Swifties” knew that the ten minute version of “All Too Well” was a long time coming. Swift hinted at the fact that she wrote the infamous 10 minute version of the song that many people consider her best. Though many begged and pleaded with Swift to release the track on this album, it did not stop people from being surprised with its release.

The tenminute “All Too Well” was the first song that I listened to at 11 p.m. on the night it was released, and it did not disappoint. Singing along to a song that I knew so well and hearing the new lyrics was a jaw dropping experience.

With the song, also came the music video. A mere day before the new album was released, on Swift’s Instagram she announced that a short film would be released featuring the song. This is Swift’s directorial debut. This film features Teen Wolf star Dylan O’Brien and Stranger Things star Sadie Sink. They played the roles of Jake Gyllenhaal and Taylor Swift respectively.

While the song and the entire album itself are almost perfect, the film shockingly fell short. While the lyrics are breathtaking, the fact that Swift is still dragging her ex from 10 years ago along to ruin his name seems almost mean. I am all team Taylor, and I know that her and Gyllenhaal had a large age gap when they dated, but creating a short film about her most popular song felt unnecessary.

Now that I have angered some of the “Swifties”, I feel like it is time to end this review. Overall, Red itself is great and I will be listening to this album until 1989 comes out. Peace out!