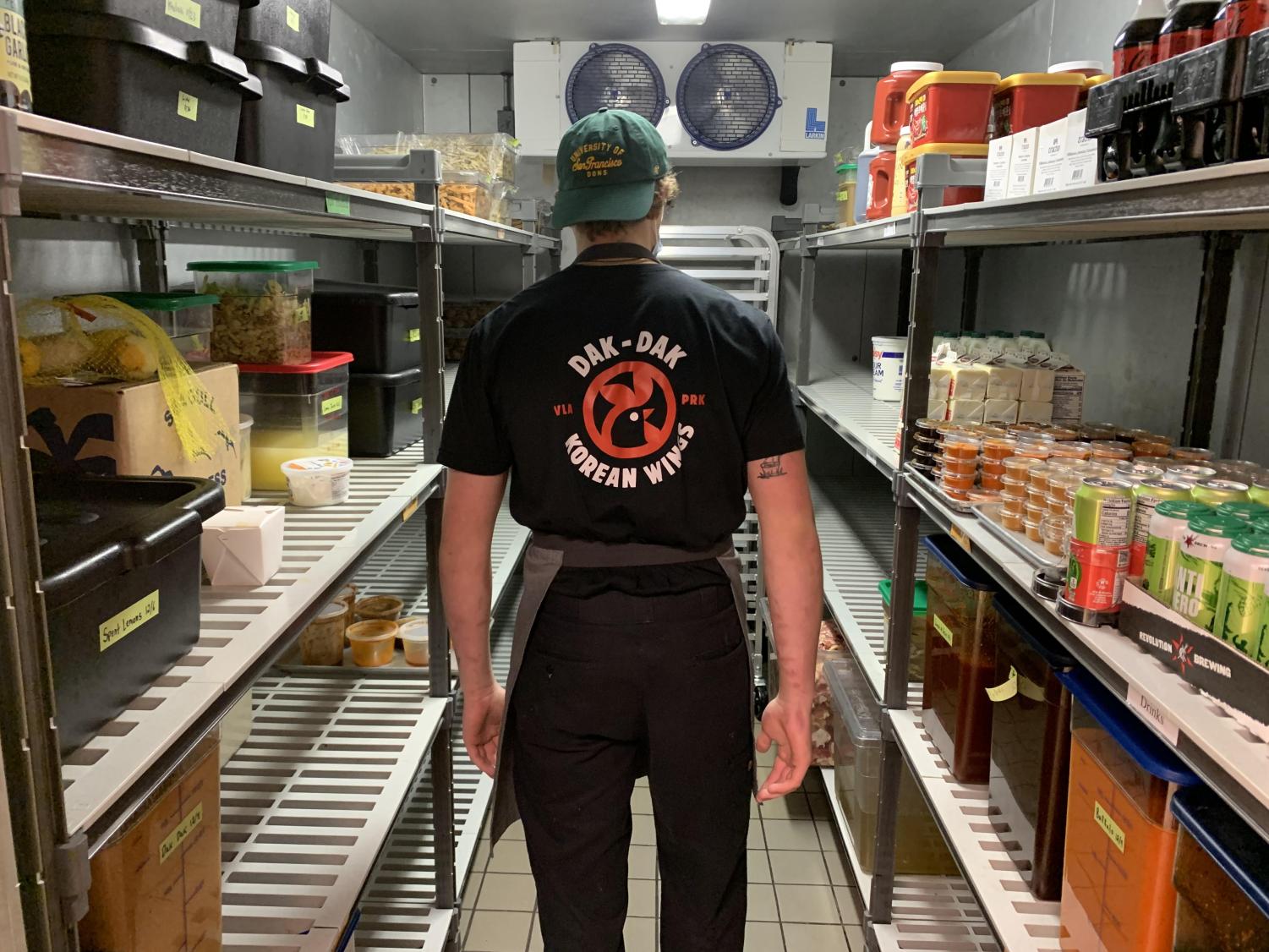 Chef Patrick Resing spent time working in Tanzania at a coffee farm before coming back to the United States. (Finnegan Belleau)

Chef Patrick Resing spent time working in Tanzania at a coffee farm before coming back to the United States.

For Joey Cornell, opening a restaurant of his own was a long-time dream. Cornell, a former York student and active member of La Brigade, the York restaurant program, spent much of his life working in kitchens. After attending culinary school at Johnson and Wales University, he came back to the Chicago area to open his own establishment, Dak-Dak Korean Wings.

“I started this because I was originally a consumer of Korean wings when I was going to school in Providence,” Cornell said. “I just loved the style of Korean fried chicken and I thought it should be a more popular thing around here. Obviously we’re just starting out now, but eventually the goal is to be able to provide some of the best, if not the best chicken wings in the suburbs, and even more general than that, just to provide consistent, good-quality food to people in the Villa Park and western suburb areas.”

From an educational standpoint, Cornell was never too invested in school. During his time at York, the majority of Cornell’s focus was on his Food and Restaurant Management class or work as a line cook at Elmhurst Brewing Company.

“In high school, academically I was never a strong student as far as I didn’t really enjoy school, but I really did enjoy La Brigade and I tried to spend as much time as I could there,” Cornell said. “I ended up getting my G.E.D. while still doing La Brigade and working, which ended up going well for me. Then I went to Johnson and Wales for culinary school, which wasn’t what I was expecting in that it was underwhelming and overpriced. When the pandemic hit, it just didn’t make much sense to continue doing culinary school with online classes. I decided to pivot, and a year later now we’re here.”

Upon returning to the suburbs, Cornell came up with the idea of opening a Korean wing restaurant. After acquiring property in Villa Park, Cornell teamed up with another former York student, Patrick Resing. The two spent the next several months handling both business logistics as well as recipes in order to be prepared for an eventual open.

“It’s not rocket science why some restaurants end up being successful,” Cornell said. “First of all, the food has to be good. But if the food is only good every once in a while, that’s not good enough; it has to be consistent. That just comes with making sure your recipes are tight and making sure people are trained properly. But before those people are trained properly, you need to make sure you know how to do it. So me and Pat worked on adjusting our recipes. A big issue we’ve found for example, testing our recipes over the past eight months, is we were working in one or two cup increments, but now we’re making 60 quarts of sauce at a time. A gram of salt a cup turns into many grams that could throw off your recipe or your scaling.”

Early on, the pair made a point of looking for others formerly or currently involved in the La Brigade program. In order to promote the restaurant, Cornell visited the class during the school day and did a demonstration with Korean wings. Multiple students were interested in the concept and brought on as line cooks.

Employees spent the next few weeks training for a soft opening on Nov. 26. Only specific friends and family of the staff could come to ensure that the first night wasn’t overwhelming for the new restaurant. The official opening to the public was the following day, Nov. 27.

“Saturday was our real opening to the public,” line cook Ryan Gooderham said. “How it worked is we came in around 3:30 p.m. and we prepped all the food. 5 p.m. rolls around and within the first minute, we had to cancel online orders because we got 15 orders and Joey was like ‘we’re not equipped to do that many.’ It was rough, but we sold out 1,500 wings in 80 minutes and had to close because we had no more food. It was very successful, but also obvious that there were a lot of things we needed to iron out.”

The immense popularity of the restaurant was in many ways unexpected to the staff, including Cornell, who stressed that despite the volume sold being a positive, they needed to take the time to train cooks and get recipes down.

“We tried to keep marketing and advertising to a low, but I guess we found out on Saturday the power of the Elmhurst mom is great,” Cornell said. “It’s a good thing, but also we need to take a step back, slow down a little bit and take the time to focus on putting out more consistent food every day and not just sell out all of our inventory in an hour and a half on a Saturday. It’s a learning curve, so it’s gonna take a while before we’re going to be able to open seven days a week for dinner, and then seven days a week for lunch and dinner. That’s gonna be an ongoing thing because right now it’s a small team and we have to make sure everyone is taken care of.”

Dak-Dak, now two weeks past its initial opening, has remained popular among residents of Elmhurst and Villa Park. While appreciative of the support thus far, Cornell and Resing want to make sure they can consistently put out fresh, quality food to help aid the restaurant’s longevity.

“We’re really proud that, unlike a lot of the wing shops in the Midwest suburbs area, everything here is on a simple menu, super concise, but is also completely made from scratch,” Resing said. “Every sauce is made by us, we get our potatoes whole, chicken we break down, portion ourselves, put on brine and let dry overnight. Every step of our process is methodically thought out; it’s not just like we get our chicken in bags pre-breaded and then dump it in the fryer. There’s a lot of care and time that’s been put into everything that we put out, so hopefully that comes through in the flavor and just the food itself.”