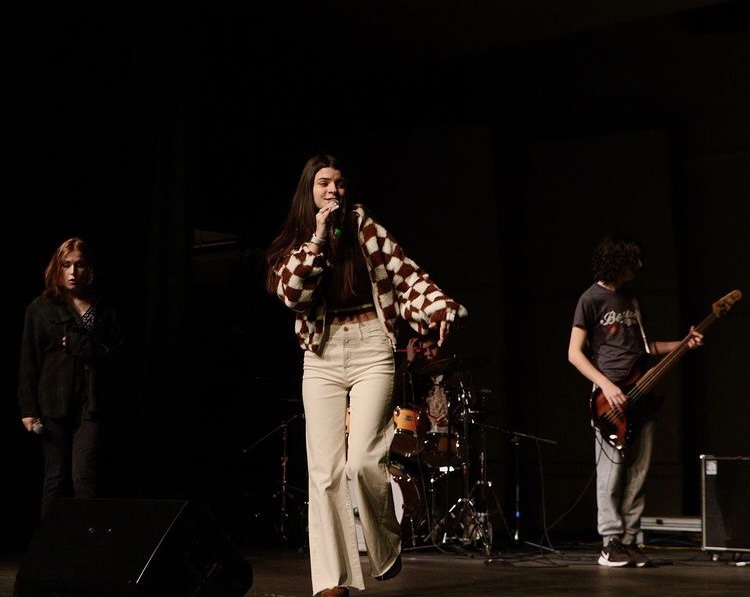 Junior Ana Ziebert sings a Queen song on stage during York Live B on Tuesday. Photo by Kathryn Castanoli

As Fine Arts Week gets underway, individual bands perform during one of the three York Live performances. During York Live B, the energetic rock band, The Justin Anderson Band stole the spotlight.

The five students that make up the band are individually experienced, having played their instruments for years, and many are multi-talented. But a commonality between them all is School of Rock.

“We’ve all performed together at School of Rock,” junior Anna Ziebert said. “We’ve all been performing here for a long time because we’re all in an advanced band at School of Rock. We have a large group that’s all in a house band there, and we all kind of form our own little groups.”

Performing live in front of hundreds of your classmates can be daunting, but The Justin Anderson band’s experience allowed them to be more comfortable onstage.

“I feel like the more performances you do, the more comfortable you get on stage and the less awkward it becomes,”  senior Margaret Wasco said.

Singing and playing an instrument on stage is like public speaking on steroids, but it helps to have a group that’s known each other for so long and that supports one another.

“We’re kind of all used to it, so we play off of each other’s energy on stage,” Ziebert said. “We know everyone is just as nervous as us, so we don’t get too scared and we have fun.” 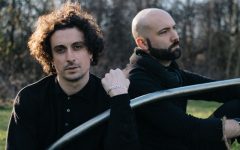 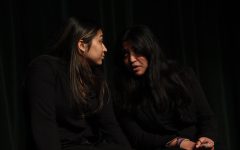 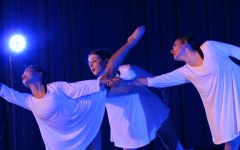 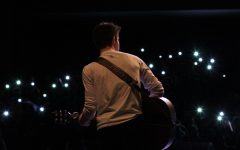