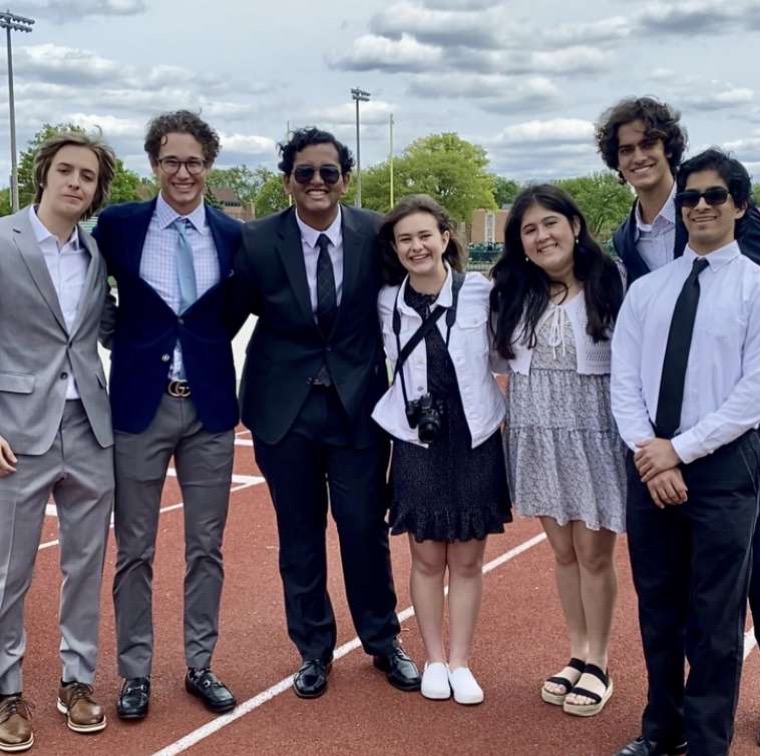 National Honors Society (NHS) is a club at York that houses a majority of the senior and junior class. The club focuses on volunteering and leadership for all of its members, and supports that mindset through its Executive board. The board was voted on by its junior members, and for the year ahead, Nathan Thokkudubiyyapu will be serving as President. Thokkudubiyyapu is already known throughout the school as a leader in and out.

“Nathan is a dedicated student at York and takes pride in all that he sets out to achieve,” NHS sponsor Trisha Weber said. “Nathan’s maturity and involvement within the school and community have been impressive since he stepped foot into the building.”

Thokkudubiyyapu thrives on helping others, and he has taken that mindset to the leadership roles that he is a part in.

“I may be a part of a lot of leadership activities, but the reason why I do it is because I truly do love seeing people being successful in new environments,” Thokkudubiyyapu said. “I see a lot of potential in so many people and when they live up to their potential, it truly warms my heart to see them successful.”

Thokkudubiyyapu plans to use the experiences that he has gained throughout his extensive leadership roles in student council, freshman mentoring, and many more to ease him in the new role of NHS President. His mindset when it comes to leadership may be different then some others, but Thokkudubiyyapu stands by his mindset.

“Through all leadership experiences, I’ve learned that it is okay to fail sometimes,” Thokkudubiyyapu said. “When you fail, you have to use that energy, and use those emotions and really channel it towards working to be successful in other things. You always have to work towards it and you will try, you will fail, but you also succeed in life.”

The members that voted for Thokkudubiyyapu are proud that their new President has the ideals of a leader, mainly because they know the experiences that he has to make him a great one.

Thokkudubiyyapu hopes that even for the people that did not vote for him, he can have a lasting impact on each and every member.