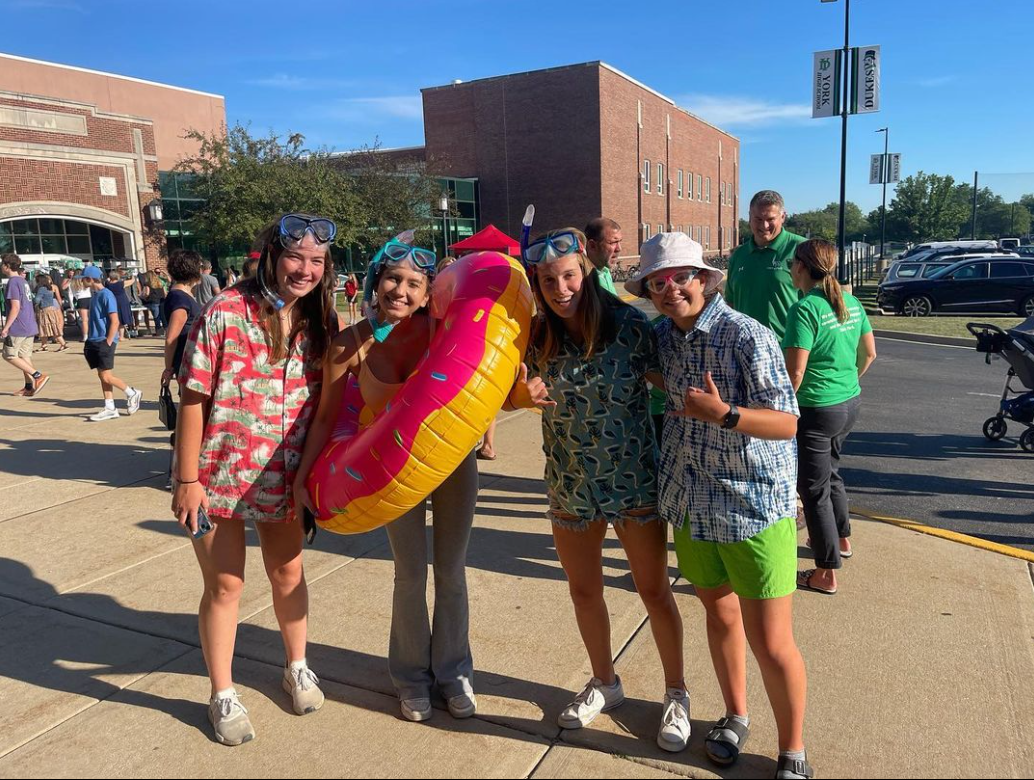 The Scuba Dukes welcome students at the Back to School Bash. Pictured from left to right, Emily Daly, Viviana Morales, Maddie Saltiel, Kathryn Castanoli. Photo courtesy of the @scuba_dukes on Instagram.

The Scuba Dukes welcome students at the Back to School Bash. Pictured from left to right, Emily Daly, Viviana Morales, Maddie Saltiel, Kathryn Castanoli. Photo courtesy of the @scuba_dukes on Instagram.

Many students, especially ones newer to the school, may not know what the fabled “King of the Couch” is, or why there are seniors dressed as cave-people blasting Britney Spears throughout  the hallways. This is part of a York tradition which consists of students, dressing up with a certain theme, all competing for a spot to sit on a couch at the homecoming football game.

“Over the years, the groups have gotten more creative,” said Matt Moran, Student Council adviser. “We’ve also added more elements to it, such as the dance at the flag football game, and attending after school activities besides sports.”

The event isn’t for the faint of heart. Groups vie to earn points by going to after-school clubs and sports, and by receiving votes from students. This can be daunting for some seniors, but others enjoy the effort and competitive spirit.

“The competition’s been super fun so far but it is at times cutthroat,” Primal Dukes member Ashley Simonis said. “It’s  a lot more work than I thought it would be but definitely worth it. I didn’t want to waste the opportunity to be a part of this super fun and unique tradition and bring spirit to York.”

This feeling of opportunity is common with competitors. Many students feel a sense of belonging, after witnessing different groups throughout their times at high school.

“I moved to Elmhurst from another country, so coming into high school I didn’t know anyone,” said senior Viviana Morales, a member of the Scuba Dukes. “The couch groups made me feel welcome and brightened my day, I want to make students feel that same way.”

When interviewed, every group stated that they wanted to create a sense of belonging and community within York, embodying the spirit of the competition. This inclusion and positive energy is what makes the competition so special for the students.

“It’s really fun to see my classmates competing and having a good time,” said junior Ethan Welz. “All of the groups are so creative and it brings a lot of energy to the school.”

Homecoming is approaching fast, and voting will be open by Thursday, so remember to send your votes in before the homecoming game! 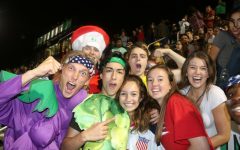 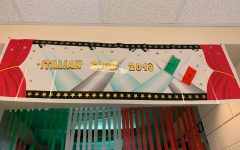 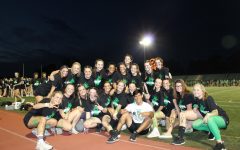