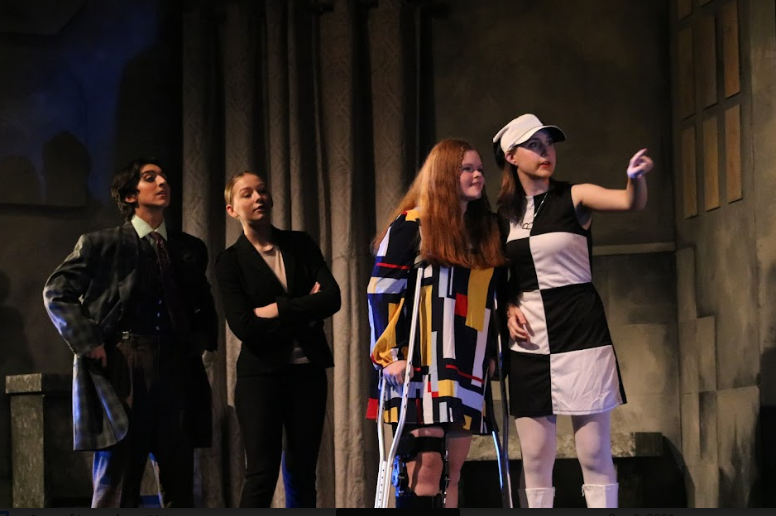 The theater program at York is known for being very successful in their productions, and this year’s fall play was no exception. The fall play helps students learn and grow before the up and coming winter play and spring musical. This year, the program successfully performed Shakespeare’s “As You Like It” on October 13, 14, 15, and 16.

The program performed Shakespeare’s “Much Ado About Nothing” in 2018, before many of the students attended York. For most, this was their first time performing Shakespeare, which does not come easy.

“The first two weeks of the rehearsal process were spent entirely with read throughs of scenes, stopping and analyzing language we didn’t understand,” said senior Oliver Roy, who played the role of Orlando. “This was incredibly helpful because when we got up on our feet, we were ready to act with purpose because we understood our characters motivations and the plot that they drove with their dialogue.”

Shakespeare was a poet, playwright, and actor who lived during the 16th century and is known for writing what some describe as the greatest novels of all time. Mr. Forsythe, director and actor in the play, was great in helping the students understand one of Shakespeare’s pieces, due to his experience.

One of the reasons York has such a great reputation is because of its diversity in shows. This novel isn’t as commonly known as some of Shakespeare’s other works, such as Romeo and Juliet, or A Midsummer’s Night Dream, which may be commonly known by lots of highschoolers and more of the audience. The students are able to not only perform something new and different, but also expand their knowledge academically. However, this can also make it hard for the audience to understand at times, along with Shakespeare being difficult to learn and perform for the actors.

“I think the best part is the most challenging part. Being able to make Shakespeare accessible to audiences can be a difficult thing, but when you are able to accomplish that it not only helps the audience understand the show, but it increases your capacities as an actor,” said Roy, who’s performed in almost all of York’s productions.

The actors not only took on the task of understanding such a complex text, but also adapting the play to different times. York performed the play as if it was in the 60’s/70’s, although the play was originally written in the 16th century. This adaptation made it easier for members of the audience to understand, as the events correlated with a time period closer to the present.

“I didn’t actually find it as hard to understand as I imagined it was going to be. I also really liked that they did other things like guitar and singing live music because I didn’t expect that, that’s not what I’d usually expect going to Shakespeare,” said Shelly Nicholson, citizen of Elmhurst and parent of a student in York Drama.

“I applaud all the actors who took this on. The content is hard and they did a great job. We love all the York shows and have enjoyed the variety we have seen. It is always well done and you can see how much work the students have put into it,” said Mary Young, citizen of Elmhurst and parent of a former York Drama graduate.