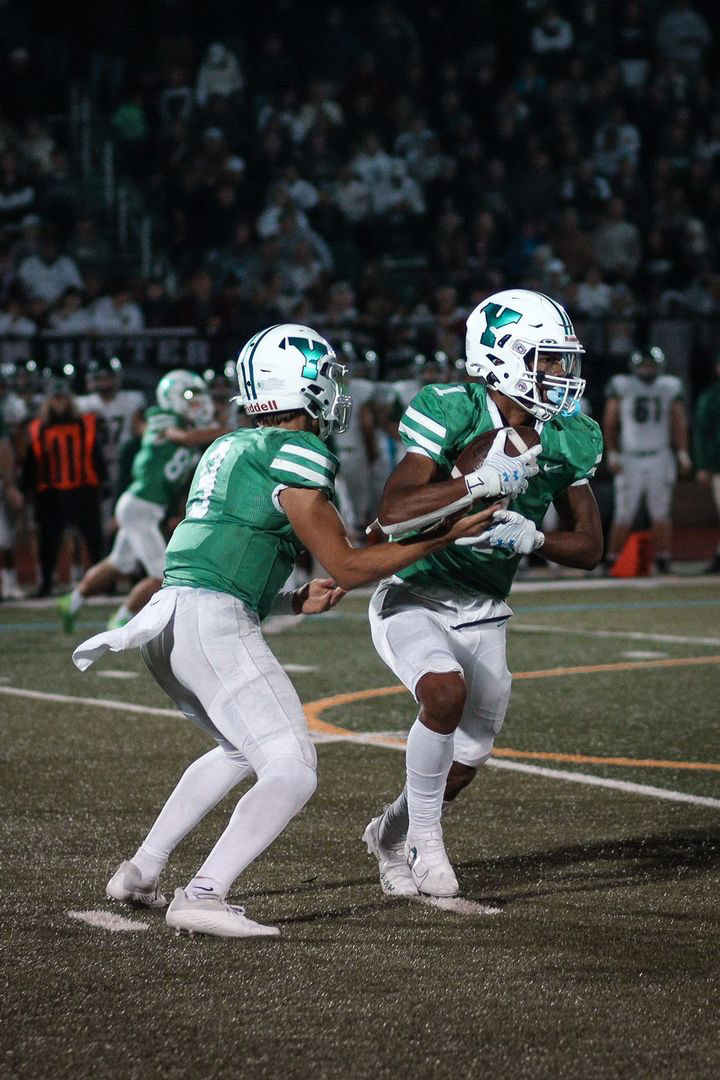 History being made at York High School

The fall athletic season is almost over and the Dukes are making history again.  Last season, York was ranked the best high school for fall sports in Illinois according to Max Prep. The season is looking great right now as York has three of its teams in the top five in the state. Going into the playoffs this fall Girls Cross Country is ranked first in the state looking to repeat as state champions. The Boys Soccer team is also trying to repeat as they are ranked second in the state. The Football Team is ranked fourth and moving into the final 16 after the first round win vs Oswego East, and are trying to rebound from the first round playoff loss.

“Seeds don’t matter and every team is really good at this point,” Mike Fitzgerald, head Football coach, said. “As far as going 9-0,our players have done a great job staying focused each week and trying to go 1-0 each week. The team has developed great habits in the way they prepare and this 1-0 approach will be crucial now that we are in the playoffs, and it’s one loss and we are done.”

The 10-0 Dukes face off vs Marist in their second round playoff game on Saturday November, 5. The Dukes are looking to expand off their undefeated season. This was the Duke’s first undefeated season in over 102 years, and the coaching staff has played a big role in this having a winning record in three straight years. The Dukes will have to make a run in this postseason to prove the first round last year was a fluke.

“It’s a great feeling being nine and zero,” Quarterback Matt Vezza said. “Obviously we know what happened last year and we have a lot of kids that were a big part of that team. We are not going to let that happen again. We’re going to take it one game at a time and be the more prepared team this time around.”

Since Jordan Stopka has taken over as the head coach of the soccer team in 2020 all the dukes have done is win. The Dukes won the state championship last year and now are 20-3-0   They beat Elgin in the SUPER-Sectional Tuesday November, 1 to get into the final four.

“We prepare for the postseason much like any other game except we focus more on rest, recovery, and health during the playoff push,” Jordan Stopka, head Soccer coach said. “As far as being defending state champions and preparing differently, the key has been making sure the boys stay humble and don’t look past the next game.

The girls cross country team is also trying to repeat as state champions as the Lady Dukes are ranked number one in the state going into the postseason according to il.milesplit.com.

“The girls team has had a tremendous season and is working on being sharp, fierce, and confident preparing for state with a focus on their pack,” Coach, Lauren DeAngelis, said

“There is a little more pressure knowing that we have a target on our back, and there is a team that is also very, very elite that will be great competitors at State,” senior runner, Bria Bennis said. “We know we have to keep working hard during practice and do the small things right leading up to the state championship.”

With the multiple sports teams having success, it warrants respect from the administration as well.

“When I look for coaches to hire I look for coaches who are good educators and good with the kids,” Athletic Director Rob Wagner said. “I also give a lot of praise to the student athletes and their work ethics during the past years.”

These teams are ready to make a push and don’t take this success for granted. Each team is looking to win state

“We are never satisfied,” senior Ryder Kohl said. “We know we won it all last year, but this year we have a target on our back.”