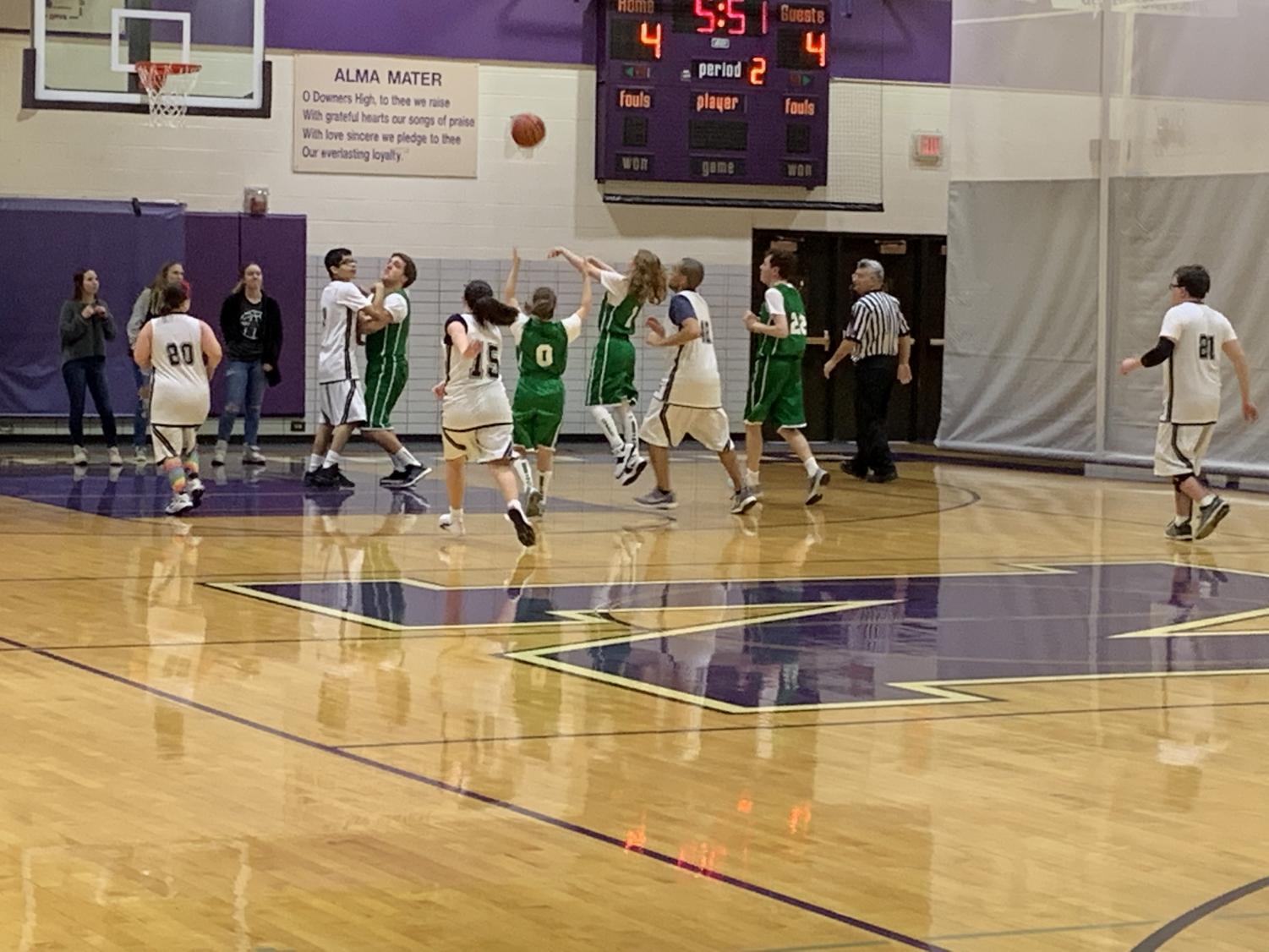 After emerging victorious from a rematch against Downers Grove North on Jan. 11, the only team that had tarnished their nearly perfect 8-1 record, York’s Special Olympics team ended their season after a single heartbreaking, decision-making game at the district tournament in Cicero on Jan. 14. Despite the narrow loss of a State appearance to Riverside-Brookfield, the team still finds comfort in a season that was filled with growth.

The week brimmed with competition for the Special Olympics Basketball Team, starting with an important game to revenge the only loss on their record.

The crowd was at the edge of their seats through the first period, and the players on the bench leaped onto their feet during tense plays. The suspense pulsed through the gymnasium.  At half time it was a tie-game, but the team’s energy and cohesion never left them, which is exactly what freshman Brianna Dicianni credits her team’s 12-4 win to.

“I think we improved by passing the basketball taking smarter shots and having fun while doing it,” Dicianni said.

Hopes were high for the Dukes, who’s next stop was the coveted District Championship Tournament.

“I want to win the district tournament and go to state and bring the trophy back to where it belongs,” senior Evan Simon,  Team manager, said.

Simon is a senior and hadn’t gotten the chance to bring the trophy home in all of his years at York. He was hopeful his team’s successful season meant he could finally finish his Special Olympics season the way he had always hoped for.

The morning of Jan. 13, alarms were set to make the early morning 7:30 bus. The uniforms were washed and the bags were packed. Preparation and training were complete, so all that was left to do was face the district tournament head on. The team was experiencing that funny dual sensation of excitement laced with nerves, but all eyes were on the prize. Rosland tried to keep “relaxing, keeping [his] strength up, and just being [here] at basketball”.

The day was filled with wins, both on and off the court.

“Off the floor, our team really came together and grew as people,” Coach Stephen Westendorf (though more often referred to as Coach Westy) said. “We’re really proud of the way our team demonstrates good sportsmanship and supports one another.”

Dicianni was also elated with her team that seemed to “get better every game”.

So on Jan. 14, the final day on the tournament, the successful Dukes came up against the Riverside Brookfield team, who had equal aspirations.

“We played the very good Riverside-Brookfield team who just hit a few more shots than we did,” Westendorf said. “We were incredibly proud of how hard our team fought.”

When the final buzzer decreed the end of the game, it ended the season for the Dukes.

Despite the disappointment, the team finished commendably, placing second in the District. Westendorf deemed the season “the best finish in the short history of our program.”

But not all the glory needs to come in a shiny trophy. For sophomore Brian Kelty, spending practice “taunting Delaney [a volunteer]” will be memories he can treasure. For Rosland, “being with his best friends” is a prize he can take long past graduation this year. For Dicianni, it’s only a begin

ning to years of support from her team and “having fun together”. 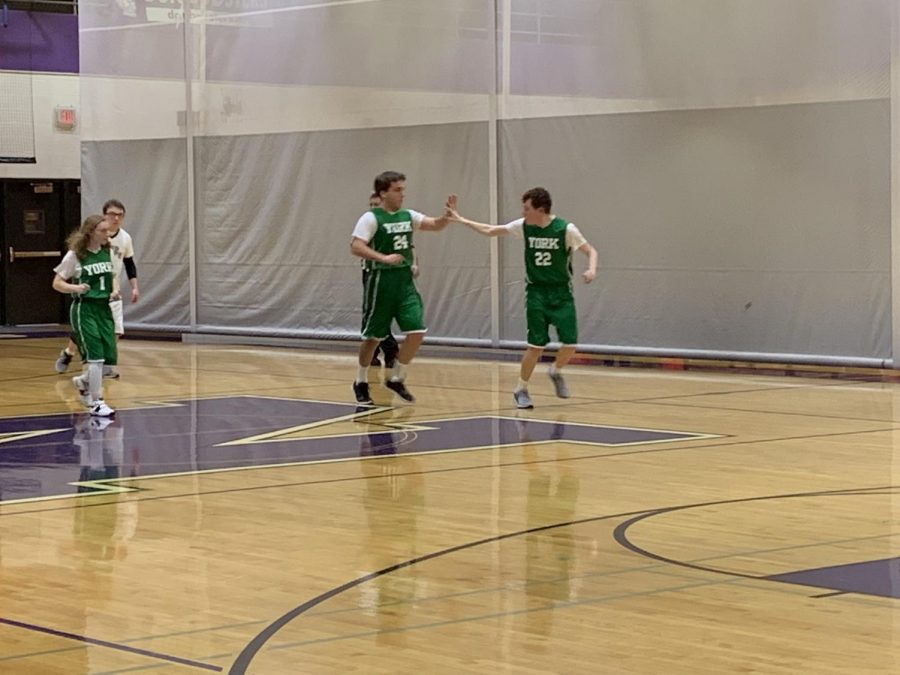