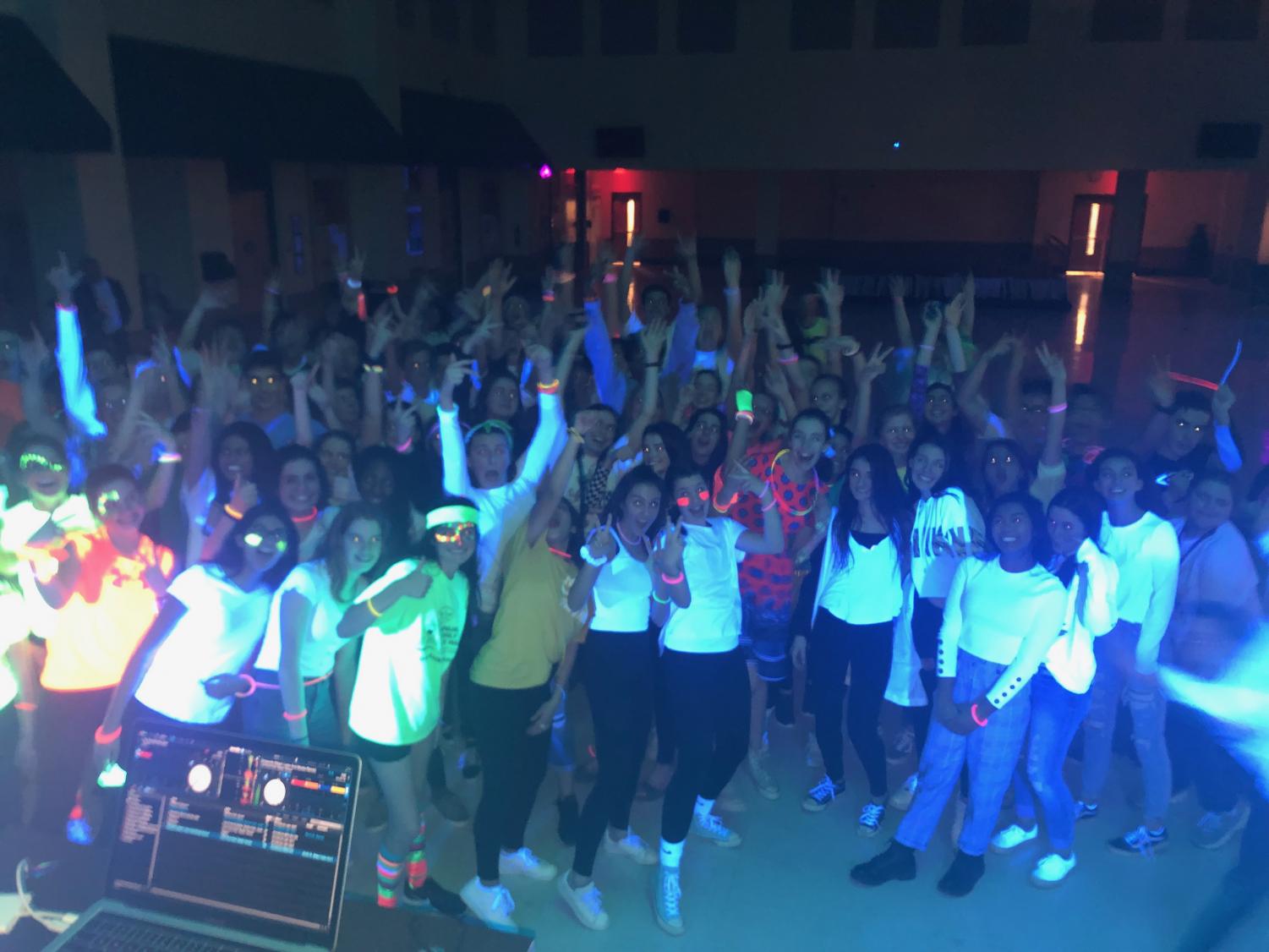 York students gathered in the Commons for the Winter Dance on Feb. 22, 2019. (Photo by Hannah Brody)

York students gathered in the Commons for the Winter Dance on Feb. 22, 2019.

Students gathered in the commons decorated with streamers and lights on Friday night for the Winter Dance which was the first one in more than five years. Preparation began back in the summer and ended two hours before the dance. The night began at 7:00 p.m. with the table of glow sticks and neon markers readily available for the excited students. Within minutes, people were dancing in the cafeteria decked in glow sticks while listening to Ben Pavlik sing everything from “I Want You Back” by The Jackson Five to his own original songs. By 7:30 p.m. everyone was hyped and ready for the DJ.

“Student council conducted a survey in the fall about what students would want, and it was basically split,” Drew McGuire, the assistant principal for student activities, said. “Some wanted formal, some wanted informal, and some didn’t care.”

McGuire went on to explain that finances and timeliness played a part in the dance. With sports and clubs causing conflict, it would seem unfair to expect athletes and other students in extracurriculars to get ready for a seven o’clock semi-formal dance after a practice that ended at six.

“We chose informal this time around, we think it’s important to offer different experiences for our kids. For some students, it’s also hard to go out and spend money on a dress and to dress up,” McGuire said.

Despite having equal results from the survey conducted, the student council had a lot of trouble both in how the dance was being advertised and how this was impacting sales.

“[None of the grade levels have] experienced a winter dance so the stigma around the winter dance like ‘oh is it going to happen’” junior Grace Maietta said. “Once it started gaining momentum and more people realized that others were going, it made it easier.”

“To overcome what a lot of the people thought the dance was going to be like and some of the rumors people were saying caused some challenges,” McGuire said.

Seeing as this was the first attempt at a winter dance with this set of students, it was both exciting and nerve-racking as to how the student body responded.

“I’ve been working on getting a winter dance since my freshman year,” Maietta said. “For it to actually happen is awesome.”

For the students who attended the dance, they definitely enjoyed it and encourage it to continue. Despite the small numbers of people that bought tickets, the overall dance was a good memory for everyone who went.

“I honestly thought the winter dance was more fun [than homecoming],” Maietta said. “Better DJ, better atmosphere, and I liked it being less crowded. It wasn’t as chaotic as homecoming, and I liked not having to wear makeup to the dance.”

While students who went enjoyed it, students obviously have some requests and ideas for next years dance. A common request was turnabout, but due to time and conflicting sports practices and clubs, there was too much that conflicted with a semi-formal dance being planned in a short amount of time.

“I liked the blacklight but I think I would prefer some kind of formal or semi-formal,” freshman Clark Mahoney said.

The staff and students involved with planning these events are aware of these requests and it’s just a matter of what the students next year want and what the student body can afford with time and money.

“I think we had a really successful informal dance but some students want the semi-formal dance to go on,” McGuire said. “I think all of that is up for discussion.” 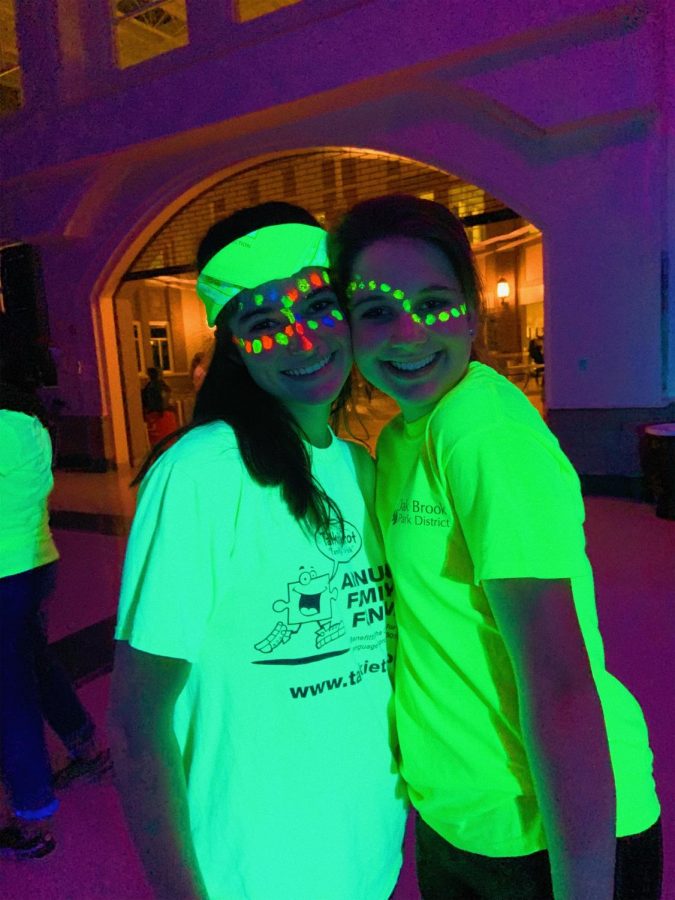 Gallery|4 Photos
Photo by Hannah Brody
Freshmen Erin Lindgren and Hannah Brody went all out with their neon outfits for the blacklight dance.