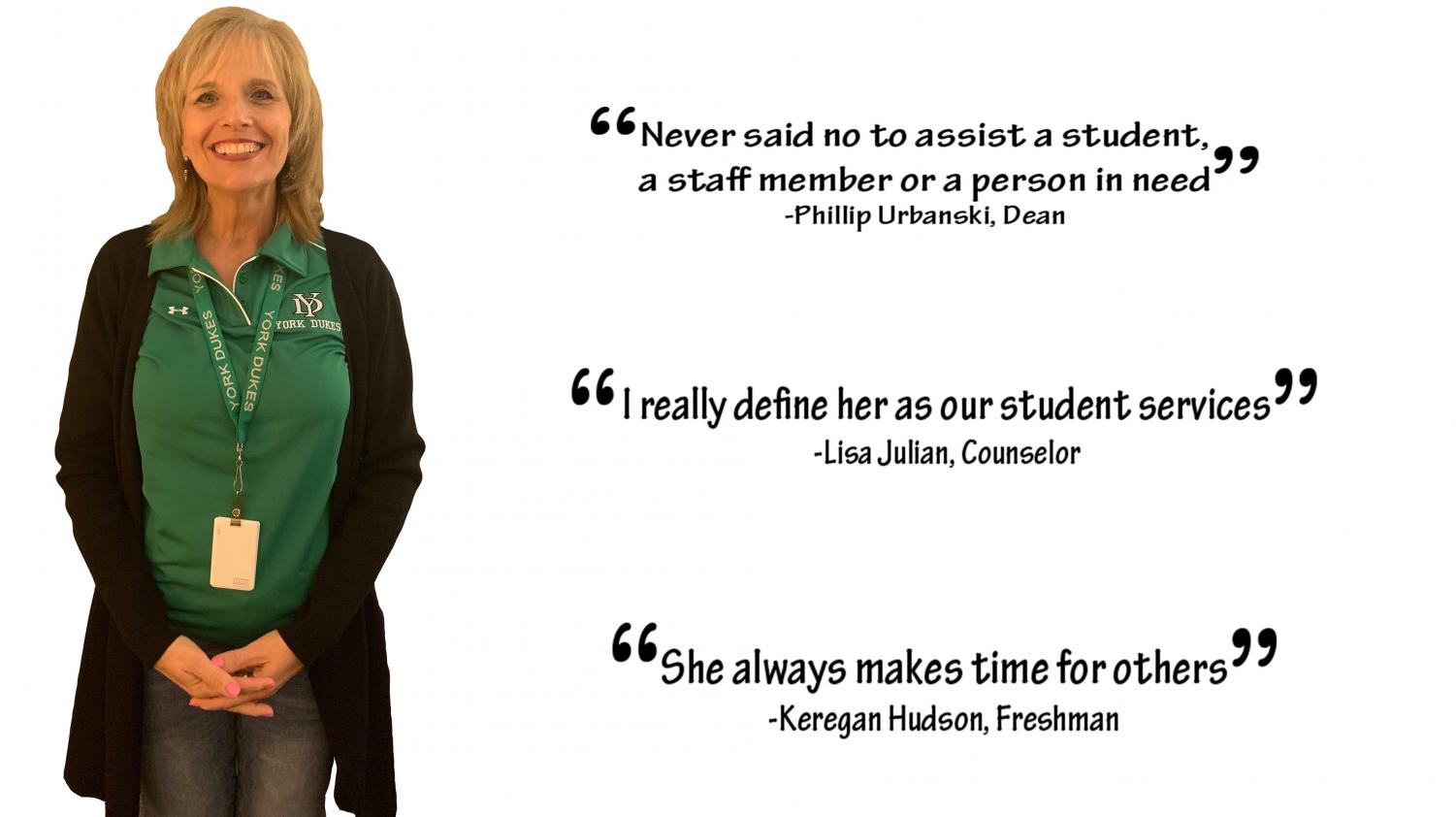 Bonnie Salvo will be leaving the York community after 30 years. The staff and students praised her amazing contributions and showed that she will be miss. (Photo by Hannah Brody)

Bonnie Salvo will be leaving the York community after 30 years. The staff and students praised her amazing contributions and showed that she will be miss.

York students have many titles they can earn. Labels such as prom royalty and king or queen of the couch are earned by seniors at York. Similar to these, the staff at York have an award that goes unnoticed by the students every year. The Duke and Duchess of York are the man and woman who have been employed at York for the longest amount of time. Last year the title of the Duchess was awarded to Social Worker Bonnie Salvo for her 30 years of work and contributions to York.

However, her reign has come to an end. Salvo will be retiring at the end of this school year. Like most retiring teachers, she leaves after making many significant contributions to York, the students, the staff and the community of Elmhurst as a whole.

“Her biggest contribution is her teaching of self-advocacy to students,” counselor Lisa Julian said. “I really define her as our student services.”

“Mrs. Salvo, in 30 years of working at York, has never said no to assist a student, a staff member or a person in need,” Urbanski said. “Be it advice, emotional support, any other type of support or need as simple as a kind word, school supplies or lunch. She’s always said yes and she’s always been a team player.”

As a social worker, especially in high school, Salvo comes into the building everyday unsure of what to expect. From casual conversations with students to serious and urgent crises, Salvo has experienced it all.

“She’s a great listener and always finds a way to help no matter what,” freshman Keregan Hudson said. “She always makes time for others.”

Through her three decades of service at York, Salvo has seen a change in the environment and how York has evolved.

“When I started here there were two social workers, now there is a total of four other social workers,” Salvo said. “Student services has really grown to try to meet the needs of the culture and what the students need.”

Salvo’s plans will allow her to continue her influential work as a social worker, but she will also get some well-deserved relaxation.

“I still have two kids in college so I’m going to do part-time, but I will probably stay in schools,” Salvo said. “Just for two to three days a week.”

While Salvo always provided students with love and care, she also thanks the broader community for bringing the same love and care to others.

“I really love the community and I love the people I work with,” Salvo said. “Whenever there’s been a need in this community if we reached out to people they are very generous.”

Educators say they learn something new from their students all the time. For Salvo, who has a relationship with students unique from that of most educators, this remains true.

“I’ve learned a lot about young people,” Salvo said. “I’ve learned that young adults can go through some pretty tough times and come out doing okay and if high school is not your thing that doesn’t mean you won’t do great in college.”

Salvo will be leaving York at the end of the 2018-2019 school year but her contributions and wise words will remain at York and continue to assist students. 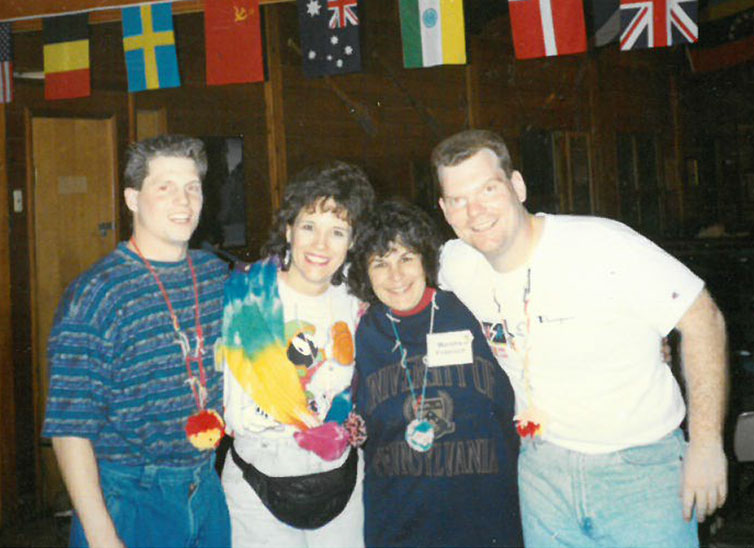