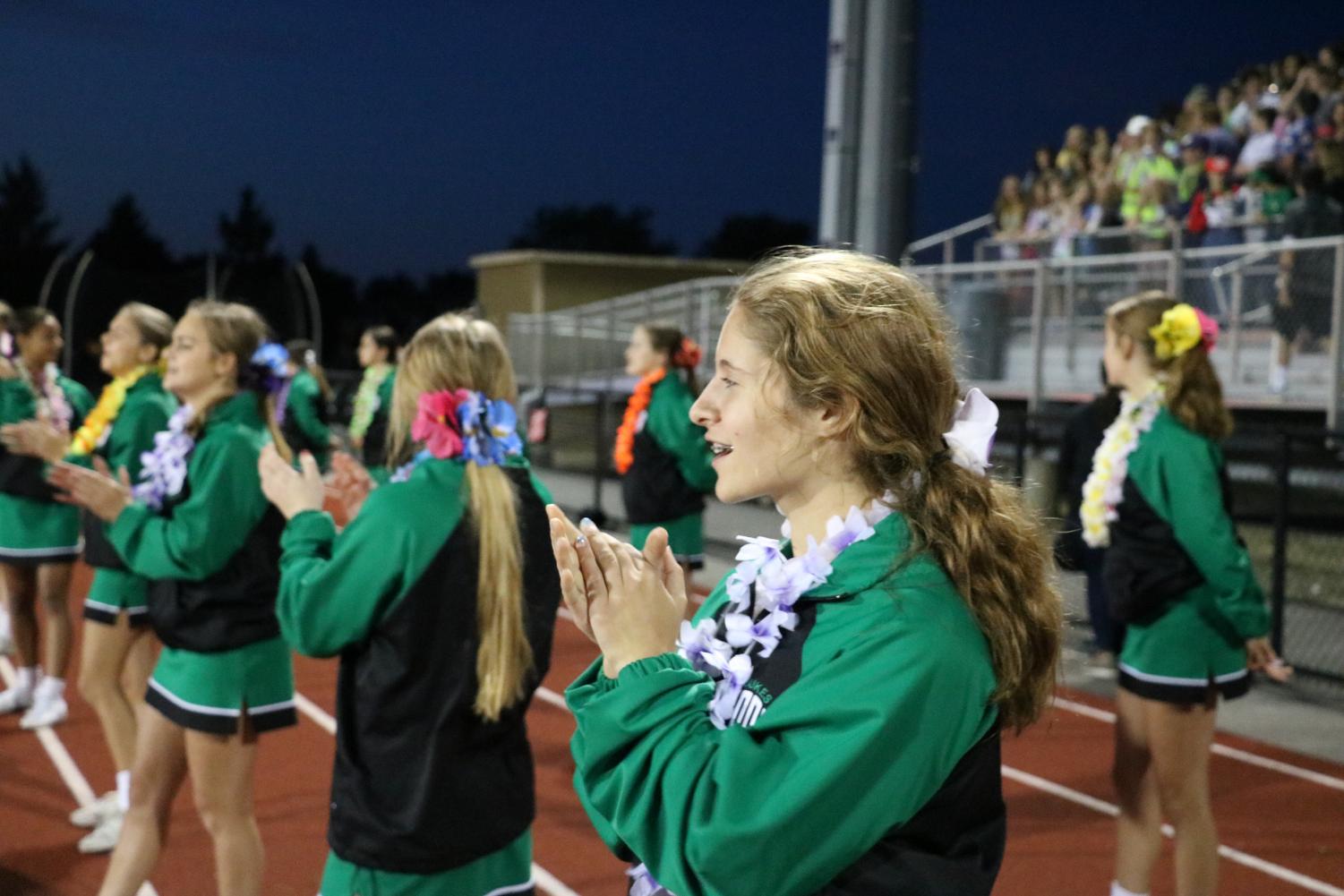 Freshman Holly Jo Gollias claps alongside the rest of her team as they support York. (Photo by Hannah Brody)

Freshman Holly Jo Gollias claps alongside the rest of her team as they support York. 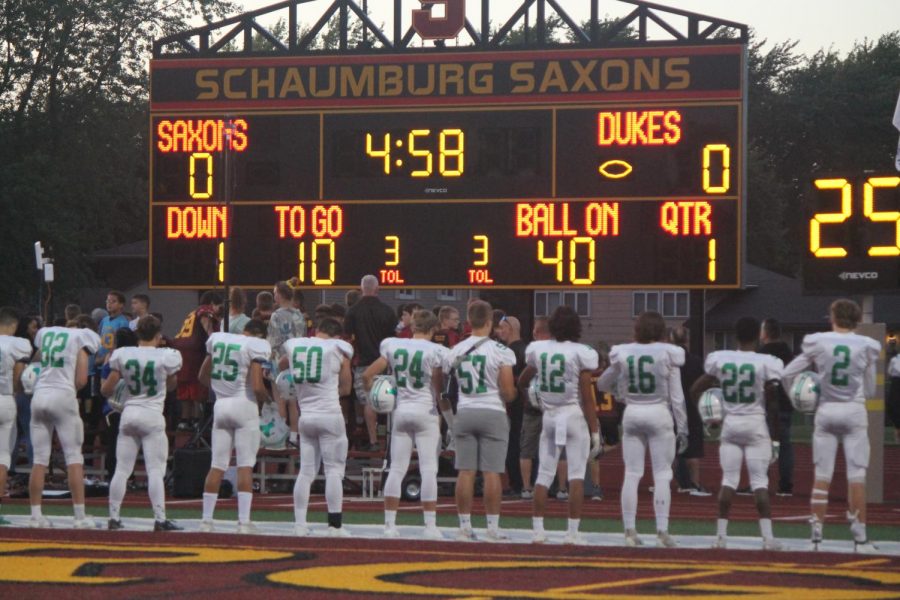 Gallery|24 Photos
Photo by Joey Leonardo
The team stands for the National Anthem prior to kickoff.

As York students packed the stands, the school spirit was undeniable. From leis to Hawaiian shirts, the bleachers at Schaumburg High School were filled with students there to support the team on the turf. The game, which didn’t start out so well for the Dukes, ended in an overtime victory for the York football team.

Luke Malaga, junior, scored the first touchdown in the second quarter. To tie up the game, Patrick Kastner, junior, scored the second touchdown for the Dukes in the fourth quarter and brought the score to 13-13. The game ended up going into overtime, but York came out victorious after Anthony Lapiana, senior, launched a field goal that ended the game with a score of 16-13 and a win for the Dukes!