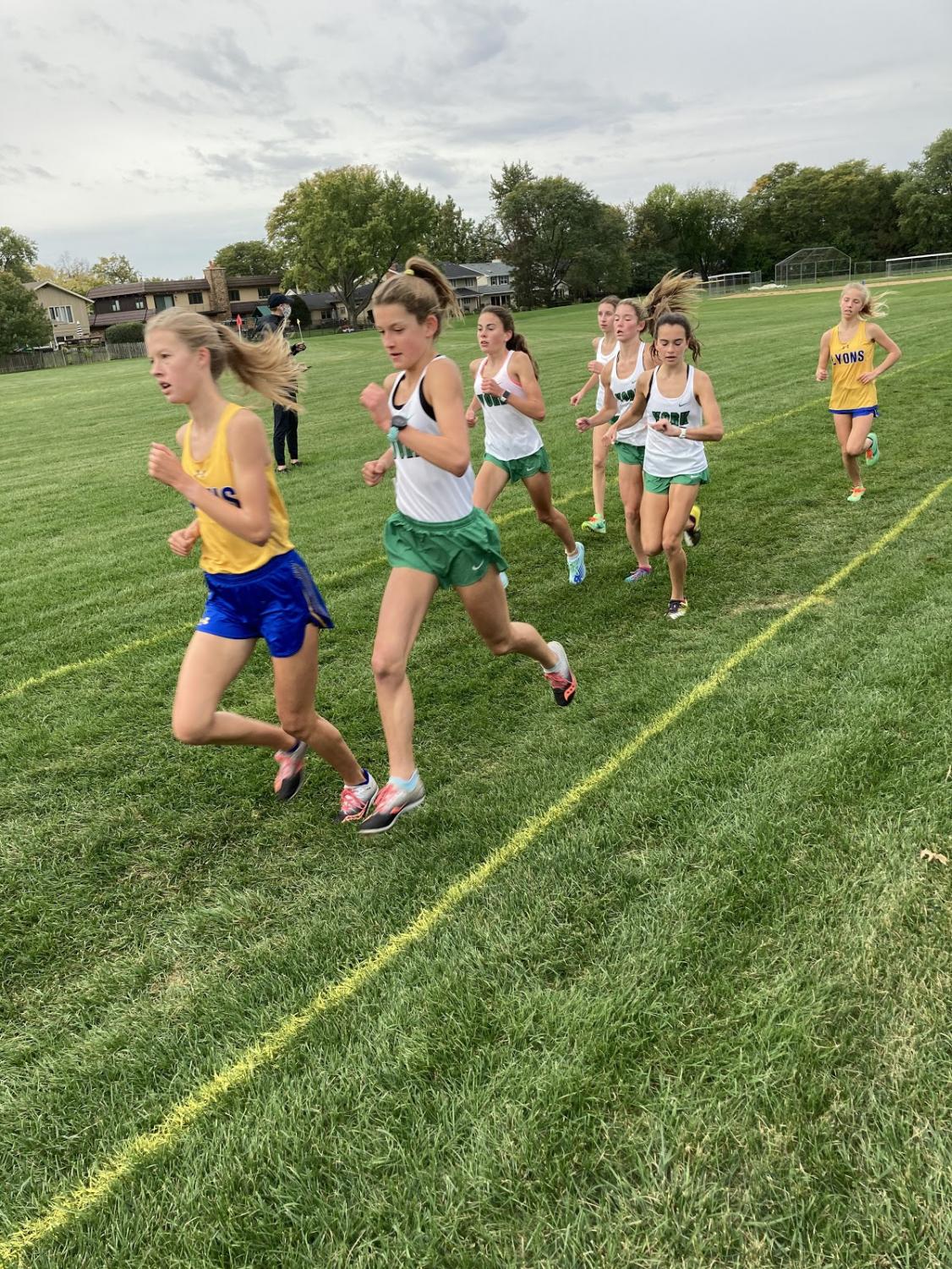 York Dukes Girls Cross Country team is fortunate to have a season during this pandemic, but the virus impacted the team dramatically. The team of almost 100 students were separated into groups early in the season based on their running times. The coaches split up the runners to lessen the spread of COVID-19 if there were to be a positive case. Because the girls were separated into groups, each group distanced themselves from the others during not-so-normal practices. For safety measures, the girls wear masks at all times, except during workouts and at meets. Group One Coach Lauren DeAngelis explains how Covid-19 has changed the girls cross country team’s community for the worse.

“Typically we meet as a big group, we have lots of team bonding activities, pasta parties, the colour run and are able to mingle at the meets, but that didn’t happen this year,” DeAngelis said. “We’d have these big invites where everyone is competing, no matter what level, right now it’s restricted to only 20 runners per school in a race.”

Cross country is an individual performance sport, but an important aspect of the girls cross country team is their group dynamic. When it comes to being a part of this team, the runners believe you need motivation and support from others, so you can continue to push yourself and your performance. So far there was one case in Group One, zero in Group Two and the number of cases in Group Three has not been confirmed. Unfortunately, these cases have caused many problems during the season.

“We aren’t allowed to run together on the Prairie path over the course of the two-week quarantine,” Junior Lucy Baird said. “My group has talked about it being very upsetting because cross country is really our only time to socialize since school isn’t fully in person yet.”

“Basically this already happened a few weeks ago so it’s kind of sad that it happened again right as we restarted the season,” junior Ellie Condon said. “But during these times it’s kind of inevitable for people to be exposed.”

The IHSA enlisted precautions to keep Covid-19 from spreading are enforced on the teams, making the spread of the disease less likely. Entire groups are quarantined, including the coach. This makes the job of the coaches this season extraordinarily difficult. They are worried about the athletes’ safety as well as their performance.

“We always have to be wearing a mask when we’re not running and dealing with the chaos of getting masks to the finish line for the runners when they finish [a race],” DeAngelis said.

At the conclusion of their race, runners need to be given a mask and report their times. There are no parent or student spectators allowed at the meets, so there are fewer people cheering competitors on.

“Being cheered on during a race is very impactful for a runners performance because the people cheering you on carry you throughout the race and it provides excitement and encouragement,” junior Katelyn Winton said.

There’s not only a physical divide between runners on the team, but there is also an absent social aspect. People in different groups rarely talk to each other because they are never in the same area for a long enough time. Runners are also discouraged from touching each other, including hugging or giving a high-five.

“We can’t all be together to support each other during practice and races, and it takes away some of the motivation and fun of the sport,” junior Kathleen Burfiend said.

“I’m hoping next year we can get back to a newer normal that we can all be a family and a community again,” DeAngelis said.